Fortnite Chapter 3 Season 2 - All Changes & Everything new! The Resistance is here! Fortnite Chapter 3 Season 2 has launched today bringing the new The Resistance Story to Fortnite and a whole new Battle Pass for players. This guide will look at everything new that has been added to the game and all changes made to the Fortnite Battle Royale Map, Items, Mechanics and more!

We'll be updating this article throughout the day as we explore the new season, so check back for more updates!

There were no teasers or leaks for this season, so no one knew what was going to be released come March 20th 2022. That is, until a couple of moments ago with the new Fortnite The Resistance Trailer!

It looks like this season's theme is war, which could be considered controversial considering recent world events. However, look below for Epic's statement on what it is doing to help.

Here we can see some potential new skins:

Players can now choose to download High-Definition Textures when using Performance Mode. This setting can be turned on/off in the Settings page. 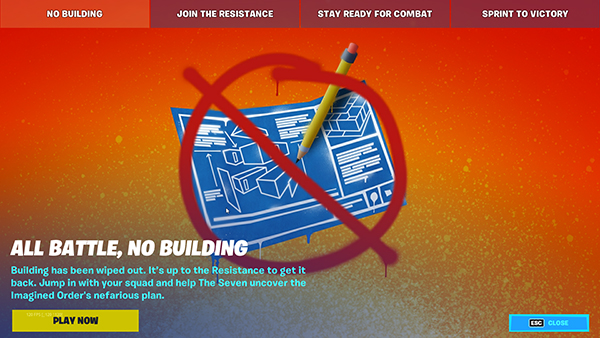 Building is currently disabled across all normal game modes! That means you'll have to win your games with just your guns, sneakiness and more! You can still do building in Arena modes.

This does seem to be a temporary feature, as the Disabled Building notice mentions Fortnite Players will have to get it back.

With the disabling of Building, you have new Tactical Sprint and Climbing Ledges abilities.

All players now get Overshield; a shield that recharges overtime and protects you from taking normal damage.

There are several new areas and Points Of Interest this season. Check out the full Chapter 3 Season 2 Map here.

There are several starships above the following locations:

Here are all the new weapons for Chapter 3 Season 2: 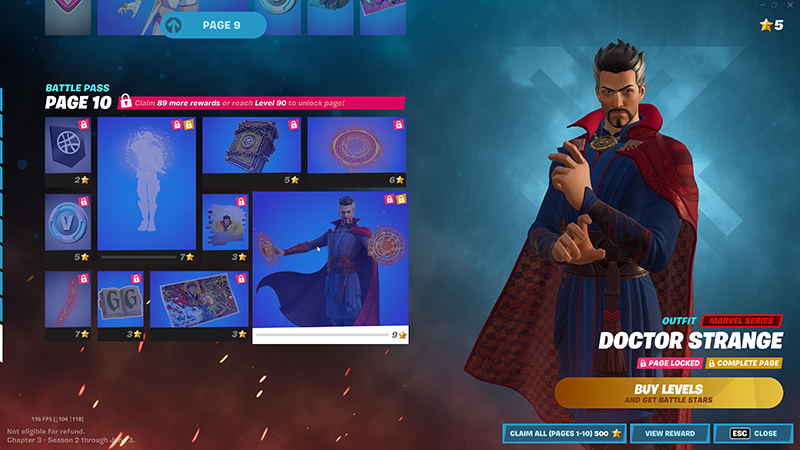 The Prowler is also available as a separated quest chain coming next month. Check out the complete Chapter 3 Season 2 Battle Pass Rewards here.

So far the Battle Pass has yet to be revealed.

Epic is committing all its Fortnite proceeds from March 20, 2022 through April 3, 2022 to humanitarian relief for people affected by the war in Ukraine. Xbox is joining us in this effort and is committing their net proceeds for Fortnite during this time, so that we can get more aid to the people of Ukraine.

See here for more details on which organisations Epic is using.