Fortnite Chapter 3 Season 1 begins with a brand new map with lots of new POIs and locations! There are also a few familiar areas that players from previous seasons will be happy see return.

This is the Fortnite World Map as of Chapter 3 Season 1. 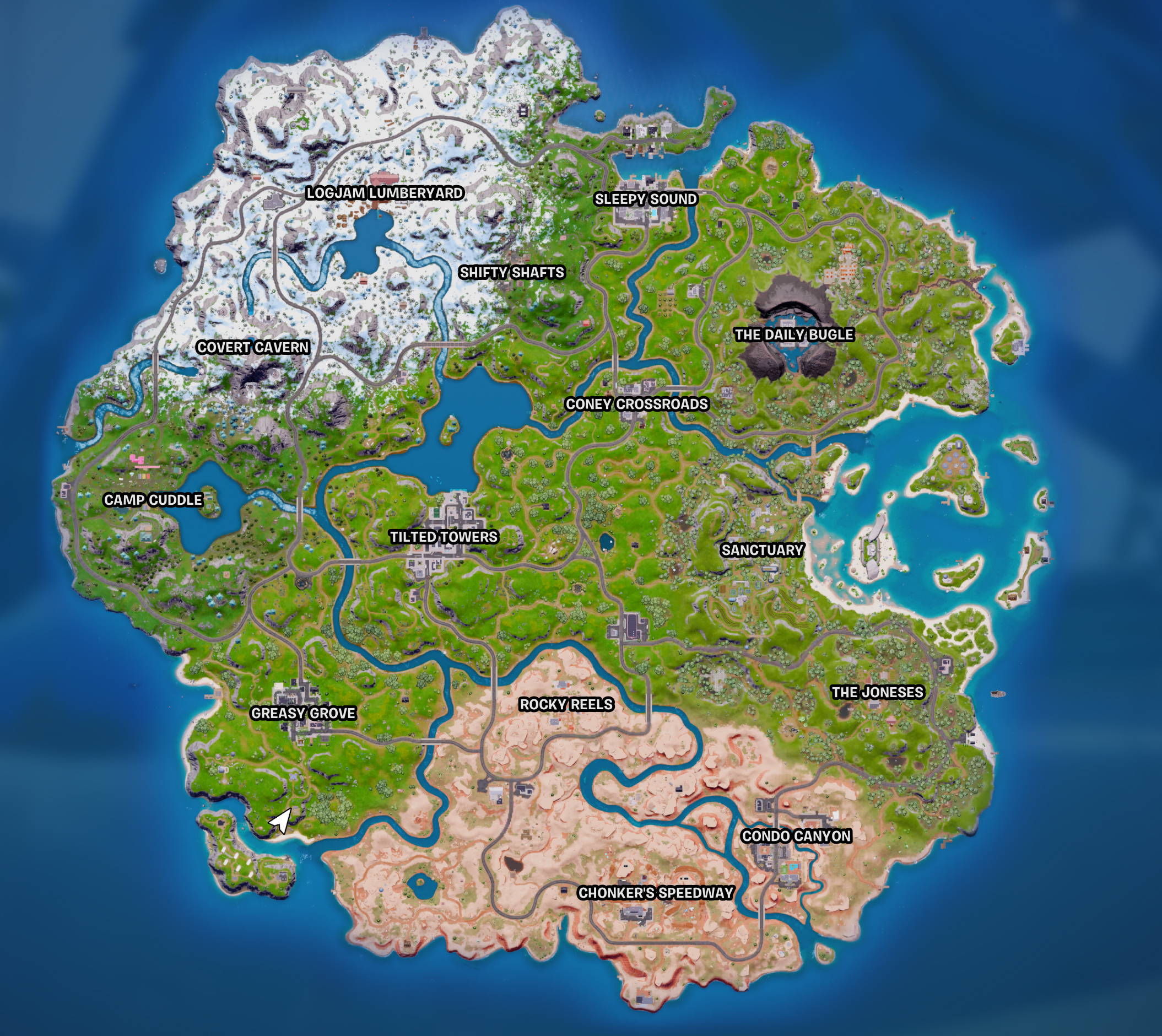 Here are the following Named Locations you can land during Chapter 3 Season 1:

As part of Fortnite update V19.10 Update, Tilted Towers was revealed as a new named location after the snow on the map thawed!

The Island’s thaw goes on, and Tilted Towers has emerged from underneath the snow and ice! Go out on the town with this classic POI from Fortnite’s past: build to the top of its iconic clock tower, bust into apartments, stop by restaurants, battle it out in the underground parking garage, storm No Sweat Insurance’s office, and more on your urban excursion.

The following named locations have returned to Fortnite Chapter 3 Season 1:

What is your favourite location of Season 3 Chapter 1? Let us know in the comments!