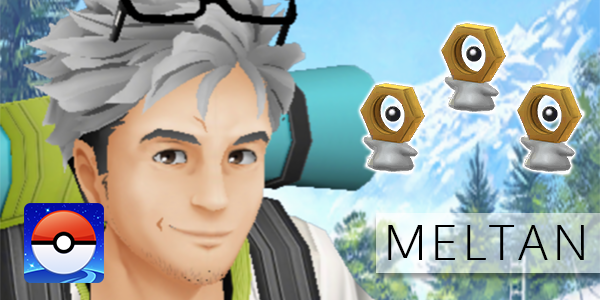 Meltan is a Pokemon introduced with the release of Pokemon: Let's Go, Pikachu and Pokemon: Let's Go Eevee games. The steel-type Pokemon was made available in Pokemon Go through special research called Let's Go, Meltan, that all players can complete without a time limit. Completing the research allows a player to capture Meltan at a 100% chance rate.

Meltan is entry #808 in the Pokedex and is of type Steel. It evolves into Melmetal, costing a total of 400 Meltan Candy! Players can capture Meltan through the Let's Go Meltan Special Research, which was introduced in November 2018 update. Since then, there have been several appearances of Shiny Meltan through the Mysterious Box mechanic.

As a Steel-type Pokemon, Meltan is weak to Fighting, Ground and Fire type Pokemon. Meltan is strong against Rock, Ice and Fairy Pokemon.

Let's Go, Meltan has 9 tasks that you need to complete. Upon doing so, you'll be presented with the opportunity to capture Meltan (you can't miss!). It's a good idea to always prepare for Special Research by reading ahead of the list of tasks so you can work on upcoming tasks that may take you quite a while once you unlock them. 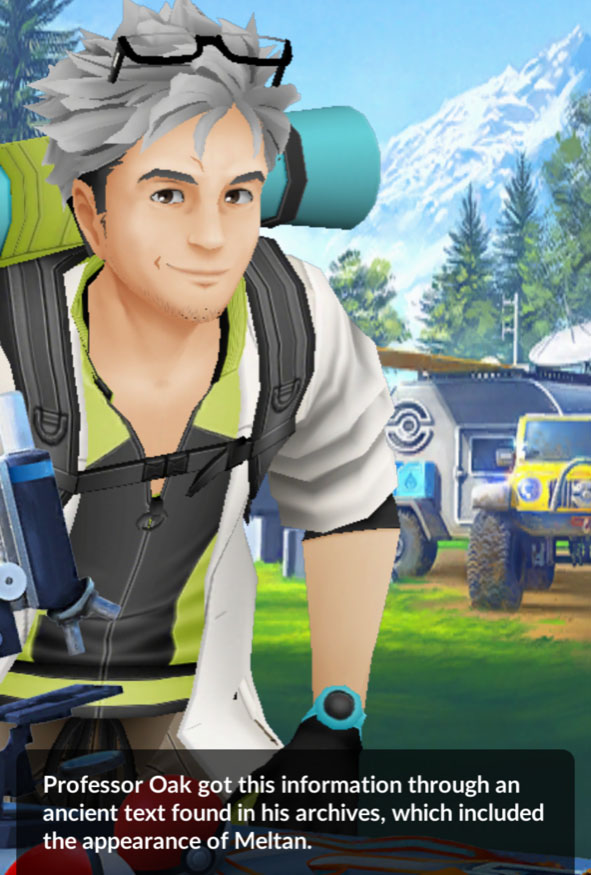 Your journey for capturing the Mythical Pokemon Meltan is rather easy. Keep the Egg Incubator safe as you'll need it for upcoming tasks. 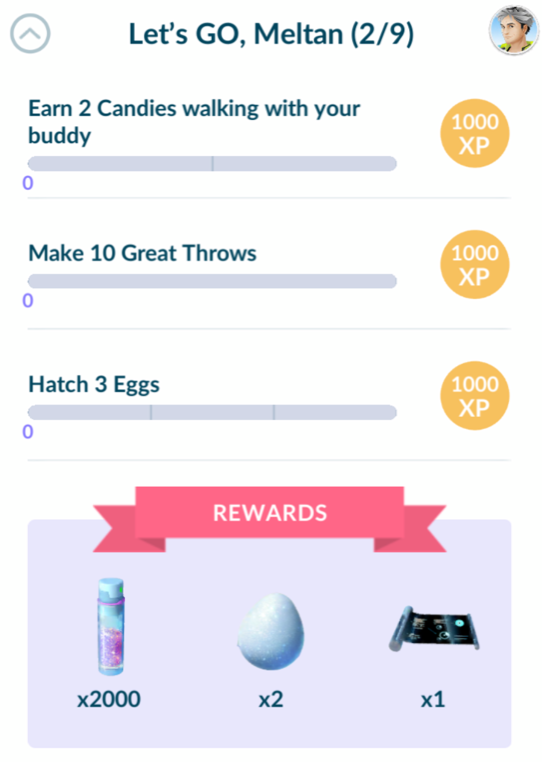 Equip a low level Pokemon as your buddy to earn the 2 candies fast. A Pokemon like Pidgey, Caterpie or Weedle works well. Likewise for Eggs, if you have any Egg Incubators, equip them on 2KM eggs for faster hatching.

I can practically hear your grown through my screen as you read you need to catch another Ditto. If this is your first time catching Ditto, you'll unfortunately be frustrated by RNG. Ditto can appear as a Pokemon after you have caught it- meaning you don't know which Pokemon is a Ditto. You'll have fun capturing hundreds of Pokemon for no Ditto to appear.

Battling in 2 raids and 2 gyms is quite trivial compared to Ditto- but remember, you don't need to win the raids in order to complete these tasks.

The slowest part of this set of tasks is the catch 5 steel type Pokemon. They can be quite rare, especially if the Pokemon Go Spawns are in a season rotation. You can use the same trick for task 2 for getting fast candies from walking your buddy.

Enjoy the nice reward of 5 Rare Candies though! 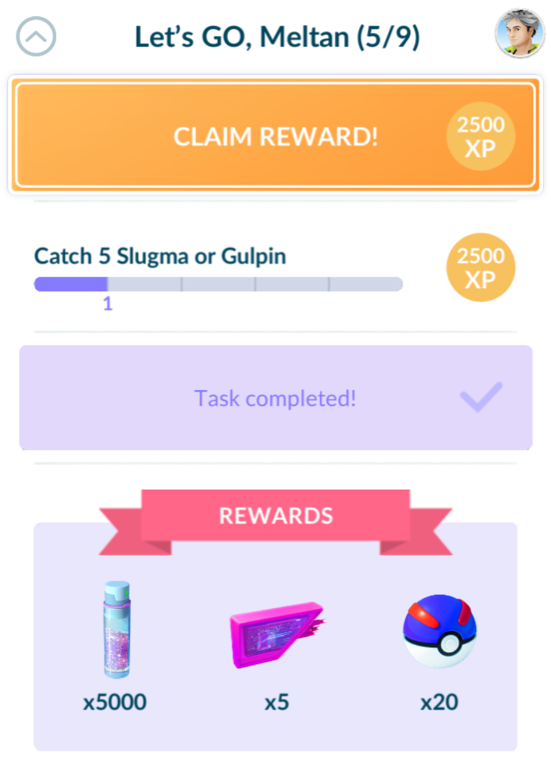 Evolving a Grimer and capturing Slugma and Gulpin are tough tasks to complete if the Pokemon Go spawns are not in your favor. Unfortunately, all you can do is wait until they start appearing more.

From here on out, you'll be require to evolve Pokemon as part of the tasks. It's a good idea to try collecting these Pokemon at the start of your Let's Go, Meltan journey so that when you finally arrive at these tasks, you have the Pokemon ready to go.

As with the previous task, you'll need to wait for the Pokemon Go spawns to be in your favor for Magnemite and Eggecute.

Battling in 10 Raids is pretty easy- you get 1 free raid pass a day (you can buy more from the shop too!). You don't have to win in the raids either.

You should have noticed by now that a lot of the Pokemon for this task require Pokemon from the first generation. The first generation Pokemon do tend to come around quite a while, and usually some of them are in Pokemon Go spawn rotations. If you're struggling for candy, use Pinap Berries and try walking them as your buddy.

Omanyte, Kabuto and Aerodactyl are Pokemon that rarely feature in Pokemon Go spawns. They do however pop-up quite often in Team Rocket battles, so you might have better luck catching them there. Once you complete this task, you will be able to get your hands on Meltan!