After defeating Corrupt Taro, head back to The Village where you can pay tribute to him and begin the next part of your adventure. 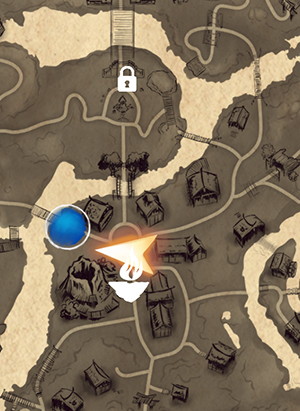 Zajuro tells you of a Wood smith whose trapped spirit remains beyond the storehouse. You also get Adira's Mask, which can be used to unblock the portal on the map. 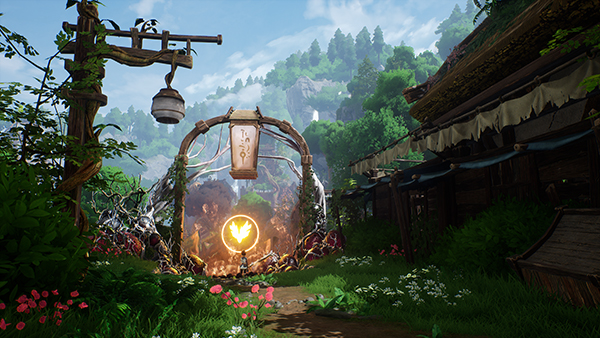 Head to the portal now and use your mask to unlock it. Follow the yellow spirit inside. 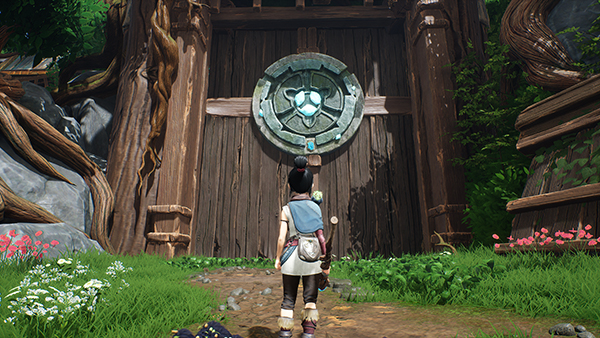 Head across the bridge and use your Spirit Pulse to open the door.

Carry on inside and you'll find another dial at the end of the cave. Use your Spirit Pulse and a new cutscene will happen. 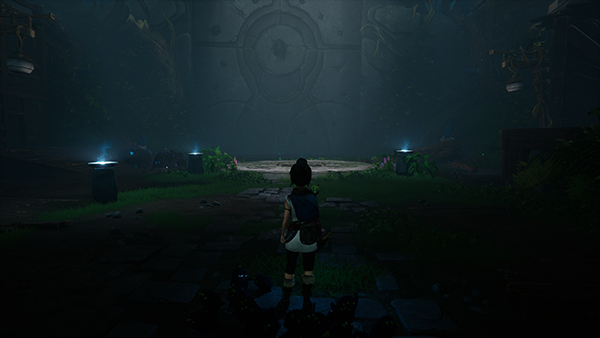 A woman appears named Hana who knew Adira and unlocks you a new ability: Bomb!

The bomb ability allows you to throw Rot Infused Bombs at glowing rocks; this will transform the rock formations for a short while and allow you to access new areas. There is a time limit on how long the rocks stay mobilized, so you'll need to hurry. 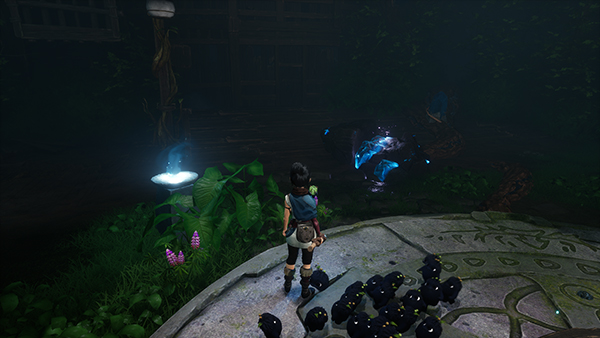 In this area, there are plenty of rocks to throw bombs at. You can find a Rot hiding in some rocks just nearby when throwing your bomb at them. 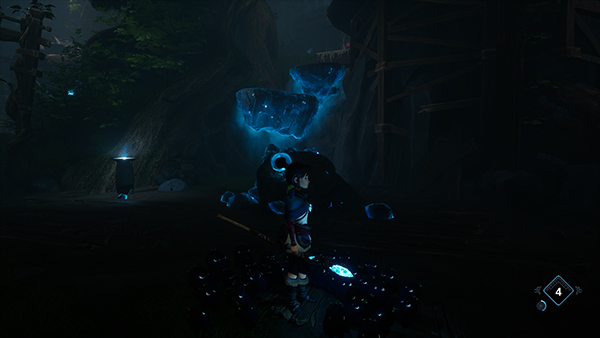 Head to the middle of the cave and look to your right. You should see two piles of rocks; throw a Bomb at one of them, jump onto them and then throw another bomb at the second set. This will allow you to climb onto the platform where a Deadzone Flower is waiting for you. 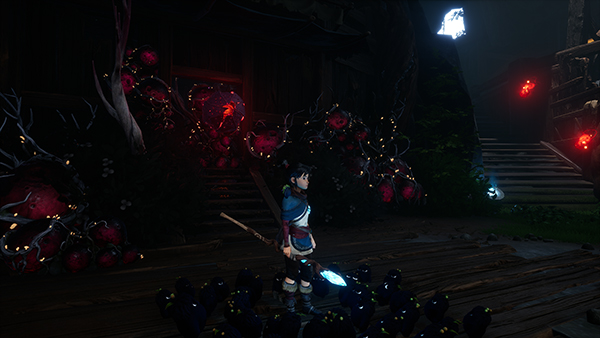 Defeat the mobs on the platform. This will allow you to destroy the flower. Inside the house is a Spirit Mail. 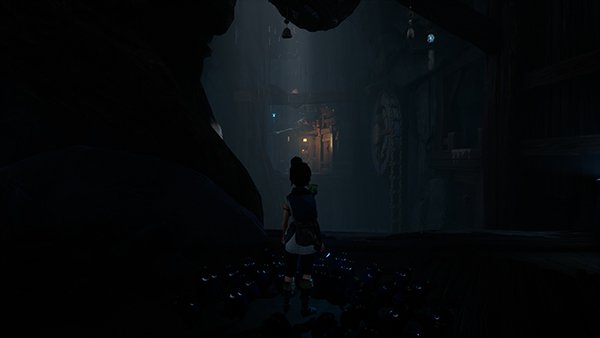 Go up the stairs and look to your left where there are some more rocks that need Bombs thrown at them in order to cross. Cross over and you'll eventually come to a pile of rocks. You'll need to position these rocks by firing arrows at them. You'll know you've got the right position when they glow bright blue. That creates the first power crystal. Now we need to do the same, jump back down and find the second set of rocks to climb up the other side. You'll need to shoot an arrow at this rock to turn it the right way round. Work your way left and you'll slide down a tunnel. 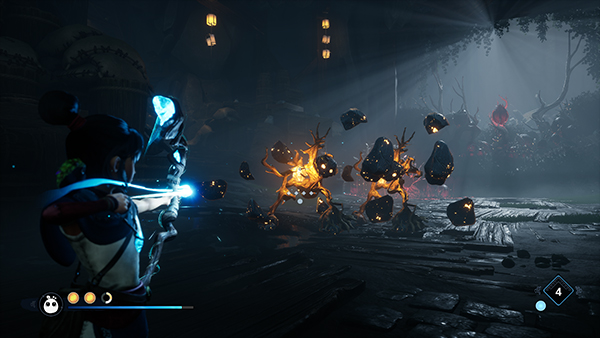 A small battle ensures where you fight a new creature; these rock creatures can only be killed by throwing a Bomb at them, then firing an arrow into their glowing yellow hearts. 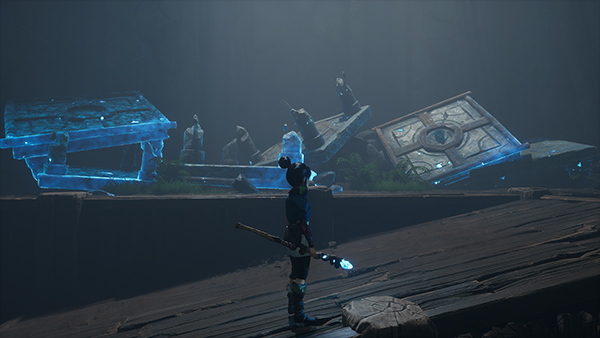 Destroy the Deadzone Flower after the battle. Head up onto the stage and you'll see several square rocks; throw your Bomb at them. Jump to the left side and pull yourself up. If you head on, you can find a Treasure Chest with a Rot Hat. Turn around from the ledge and throw a Bomb at the rock in the corner near the Teleport Flower. Teleport over to it and then hit an arrow at the platform next to you so you can jump onto it and finally pull yourself up where a Deadzone Flower is waiting for you. Destroy it and climb up to find the second power crystal. Throw a Bomb at it and shoot your arrows to activate it. If you go up the stairs you can find more rocks; throw a bomb and there is a quick archery challenge that will give you a Rot if you complete it.

Head back to the dial and open the door.

You'll be greeted with a world on fire; follow the spirit and watch out for the mobs that spawned. Follow the spirit to the giant burning tower in the distance and once then put on your mask to see Adira's Memory.

Your next task is to find three Relics to help Adira, just like what we did for Taro.