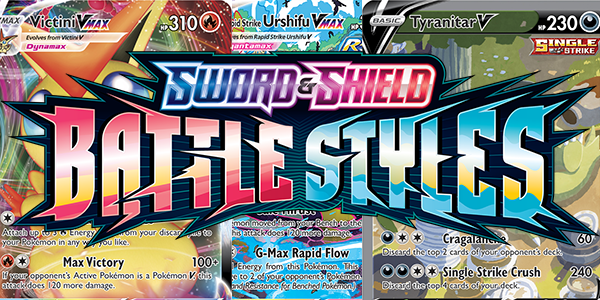 Battle Styles is not the most popular set in the Pokemon TCG however it does have some great cards to pull; this guide will look at the best cards you can find in Battle Style Boosters.

Battle Styles is a Pokemon TCG expansion that was released in March 2021, making it the 5th expansion of the Sword and Shield set. Whether you're an avid Pokemon TCG collector or simply an investor looking to pull some top cards, the Battle Styles set is a unique set to go for.

Battle Styles only has 183 cards in its set (compared with the 203 for Vivid Voltage). Battle Styles Booster Boxes are also widely available and haven't suffered from the problems of supply issues like Vivid Voltage did. This is actually surprising due to massive boost in popularity the Pokemon TCG has had over the last two years.

With the availability of this set being a lot more accessible, it's the perfect set to dive into if you want to start collecting.

Let's take a look at the top pull cards for Battle Styles.

Battle Styles set is all about the Pokemon Urshifu. There are so many alternative arts and versions of this card that you can quickly feel less impressed when you pull a full-art. This is the top Urshifu card to pull, coming in at over $100 and is also the top card to pull in the entire set in terms of recent price records.

Rainbow Rares are still in the Battle Styles set and the full-art Rainbow Rare trainer cards are becoming more and more sought after. Phoebe is featured in this set as both Rainbow Rare and normal Full-Art coming in at $40 and $30 respectively, so its a very popular card. Phoebe is a member of the Elite Four in the Pokemon Ruby, Sapphire and Emerald games.

Of the Golden Rares in Battle Styles, Houndoom is the most pricey to pull, coming in at just over $50! The other Golden Rare Pokemon is Octillery, which looks great too. Golden Rares are also known as Secret Rares as they are outside of the 163 cards.

This is definitely a fan favorite and the second most expensive card in the Battle Styles set. Some would argue it should be #1 (and probably is to most fans) but at the time of writing this the card's value is slightly below the Urshifu VMAX. The art on this Tyranitar is gorgeous and with Tyranitar being a fan-favorite Pokemon, this was always going to be a good card to chase and pull.

Fake Pikachu returns! Mimikyu V is not the most expensive full-art card in the set, but the art on this card is great. This is also a non-full art Mimikyu V that goes for less than $2, whereas the full art pushes close to $25.

Victini is featured 3 times in the Battle Styles set, also in a Rainbow Rare edition that is worth more than this selection. Sometimes the Rainbow Rares feel like this take away from the art, and this Vicitini VMAX is definitely a victim of this. This mythical Pokemon was released in the 5th generation of Pokemon with Black & White.

We've already featured Phoebe, but Cheryl is also a great full-art trainer card to pull from Battle Styles. She also comes in Rainbow Rare and the price different between the two is only about $5. Cheryl is a Pokemon Trainer from the Pokemon Diamond and Pearl series.

In Vivid Voltage, there were plenty of cool non v/non fullart and non rainbow rare cards to show off. Bronzong is one of the few cards that is going above $1 that isn't in those categories. This is probably one of the reasons why the set isn't so sought after by fans, however, Bronzong is looking great here!

The alternative art of Empoleon V is going close to $40; Empoleon has several versions in Battle Styles and this is the most expensive. The art of this card is what pushes its price higher, featuring several other Pokemon too.

Have you started collecting the Battle Styles expansion? What are you favorite cards in the set? Which ones would you add to our list above? Leave a comment below!

My favorite card is that Rapid Strike Urshifu VMAX! i want that card...

I wish they would add more Piplup cards.

My son opened a whole booster box of Battle Styles and out of 34 packs, he pulled only 4 V cards in total, which he was so upset then the last 2 packs, he handed me (Mom) a pack and he took the last one and ta-da, he got the Tyranitar V #155 and I got the Rapid Strike Urshifu VMAX # 170. We had no idea the value of these cards until just now researching them. Yeahhhhh!!! I'm so happy for him:)