The Pokemon TCG has been around since 1999 and has accumulated lots of rarity types for the special cards you can find in Booster Packs and Pokemon TCG sets. This guide aims to give you an overview of the different types of Pokemon Card Rarities and allow you to identify the rarity of your own cards.

Pokemon TCG has changed it's rarity system up several times, as well an introducing new rarity types and removing older ones. The system started out pretty basic, but as you move into the later sets you'll be coming across terms like Full Art Trainer, Alternative Art and Secret Rares.

Pokemon itself only officially labels cards Common, Uncommon, Rare and Promo on the card face. These are denoted by simple symbols:

Pretty simple so far? All of these symbols are usually found at the bottom of each Pokemon Card. 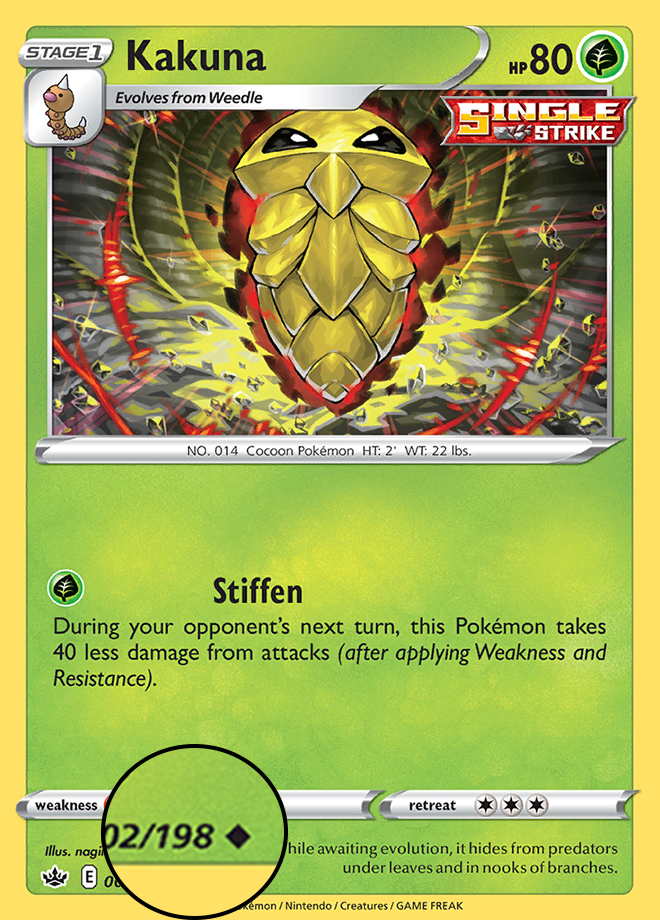 Unfortunately, the Pokemon TCG doesn't have separate symbols for the different kinds of rarity past these four symbols.

The Rare symbol is used for every other rarity above Rare level. 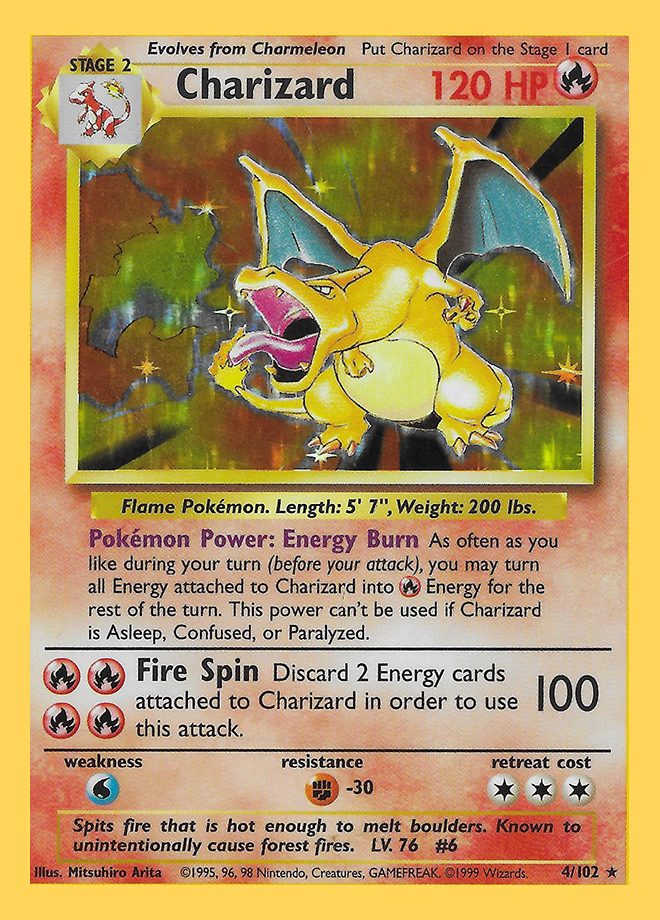 Rare Holographic cards used to be the rarest Pokemon Cards you could pull from a set, especially for the older sets like Base Set and Jungle Set.

However, today that is no longer the case. A Rare Holographic is actually quite common compared to the rarest cards you can pull from sets. Check out the Pull Rates for Vivid Voltage to compare rarity pull rates.

All Rare Holographic cards will have the Rare star symbol.

In modern Pokemon TCG sets, they introduced a new type of rarity called a Reverse Holo.

This rarity doesn't have a specific symbol; instead the card is identified by it's holographic pattern on the face of the card. Unlike a regular Holographic Rare, a Reverse Holo will leave the actual card image free from holo, instead making the outer contents holographic (hence the term Reverse Holo).

A normal Rare Holoraphic will have only the image of the card in holographic form.

In most modern Pokemon Sets, including Fusion Strike, Evolving Skies, Chilling Reign and Vivid Voltage, any card that is of rarity Rare Holo or lower can be a Reverse Holo card.

Most Booster Packs will contain a guaranteed Reverse Holo (with some rare cases where the Reverse Card is replaced with a higher rarity or there is an error with the pack).

This next section takes a look at some of the more modern rarities introduced. If you've collected any of the recent sets from the Sword & Shield era, you'll have heard of Pokemon V and Pokemon VMAX cards. 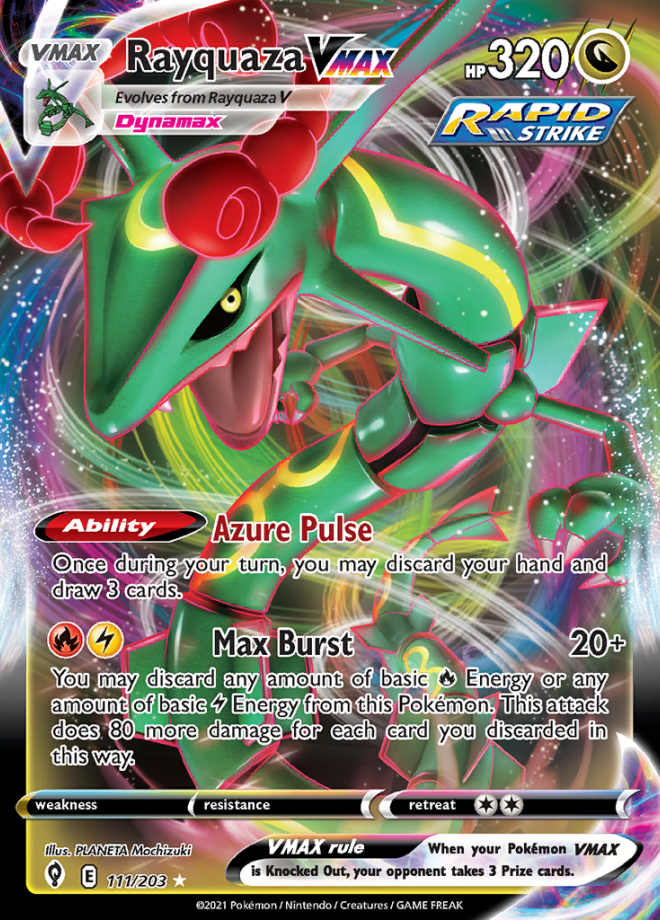 Pokemon V and VMAX were introduced in the Sword & Shield series, replacing the GX rarity cards from the Sun & Moon series. There are many other types of rarities introduced throughout the series, such as Rare Prime, Rare Holo LV, EX etc that are similar in terms of distribution within a set.

However, it's hard to compare these rarities, since they all feature differently in each set.

V and VMAX cards are split into two groups. They have their own individually rarity; many in the TCG communtiy refer to them as Rare Holo V and Rare Holo VMAX. These two rarity types also pop up as Rare Ultra cards in various forms (Rainbow Rares, Vs, VMAX).

If you're starting to feel a little confused at the Pokemon TCG rarity system, this section blurs the lines even more. It doesn't help that the official Pokemon TCG database doesn't follow their own rules, with many cards not even assigned a rarity.

Rare Ultra is generally the umbrella rarity given to cards of full arts. These cards usually appear towards the end of a set after the trainers, and continue all the way until the end. The Pokemon TCG likes to refer to many different types of cards as Rare Ultra. Sometimes they'll specifically state the type of rarity and othertimes completely ignore it.

The Rare Ultra cards can be broken down into different categories. You have:

A Full Art is defined by when the card art covers the entire surface of the card.

A VMAX tends to always be classified as a Full Art.

A regular V is usually not 100% full-art, where as an Ultra Rare V is. 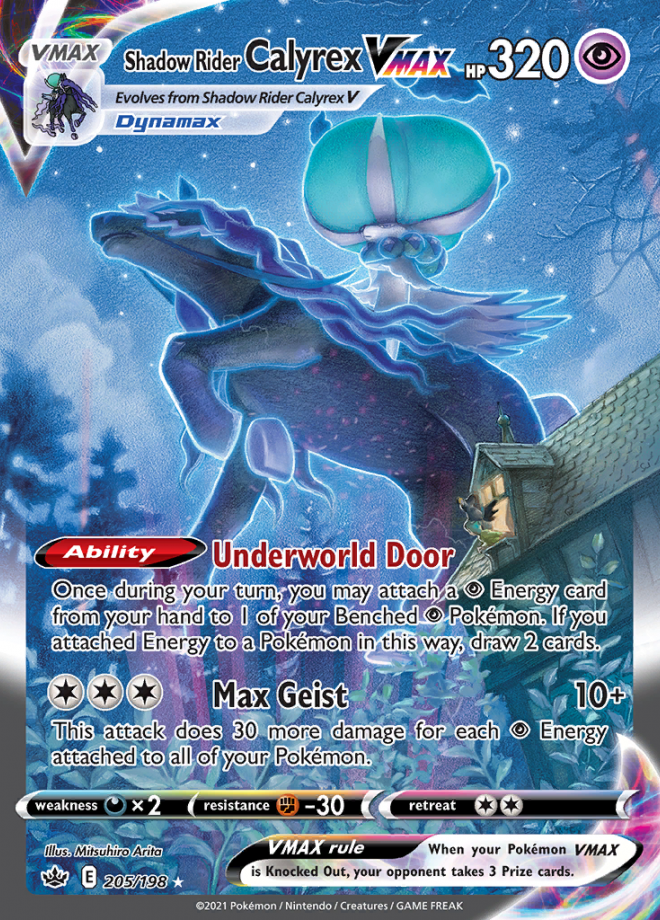 A Secret Rare will be identified when the card number is higher than the set card number. The example above, whilst official rarity is Rare Ultra, it's also a Secret Rare as it's number is 203/198. 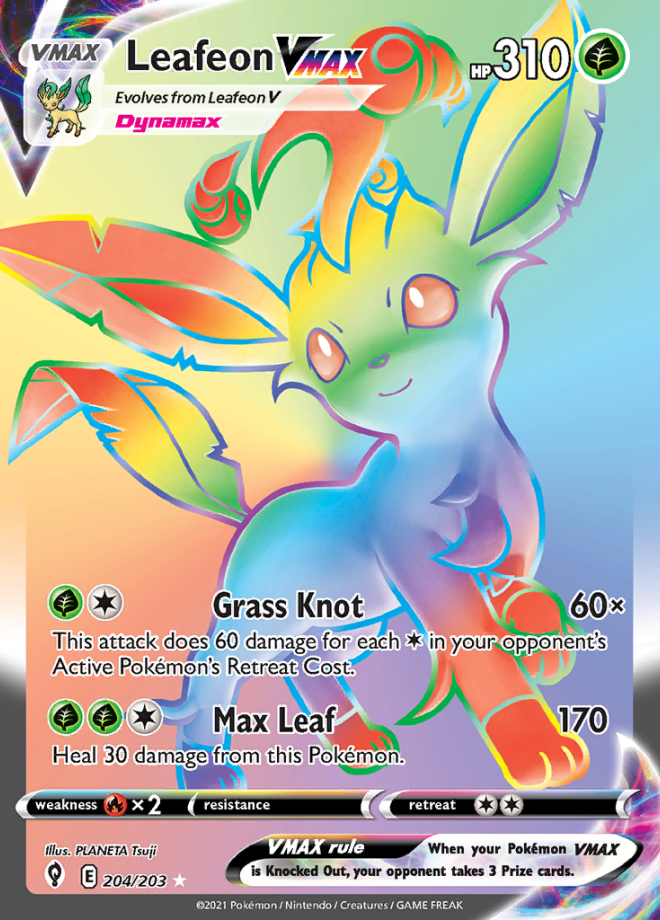 A Secret Rare can also be a Rainbow Rare, which is where the focus character of the card becomes a rainbow hue. 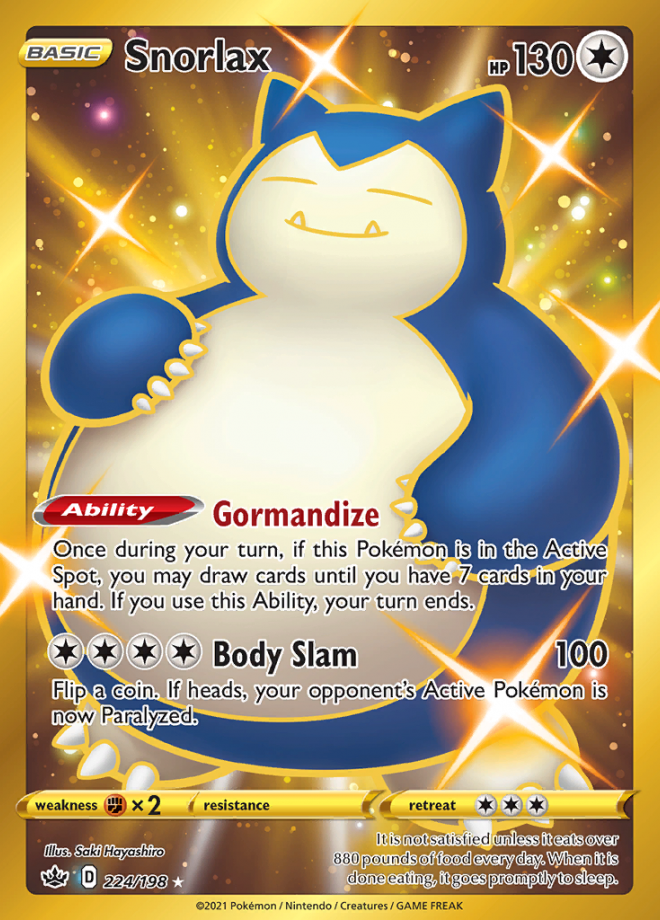 A Secret Rare can also be a Gold Secret Rare, where the entire card has a gold effect.

Another type of Rare Ultra card (and sometimes Secret Rare) is the Alternative Art card.

This type of card gets its name based on the art-style the card was designed in. Usually, an Alternative Art deviates from the standard art style within a set. They are usually easily to spot, but can be mistaken in some sets. 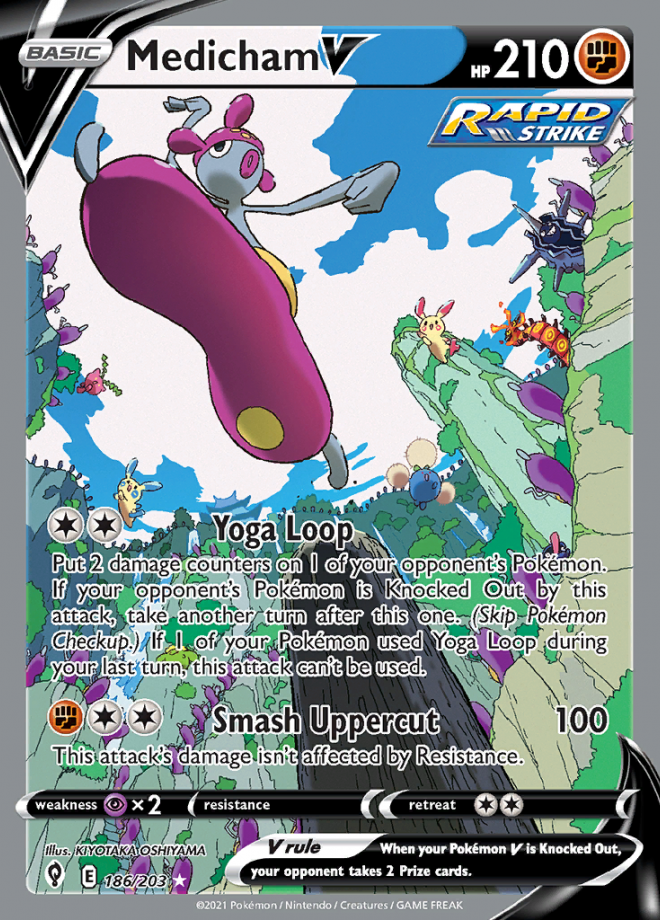 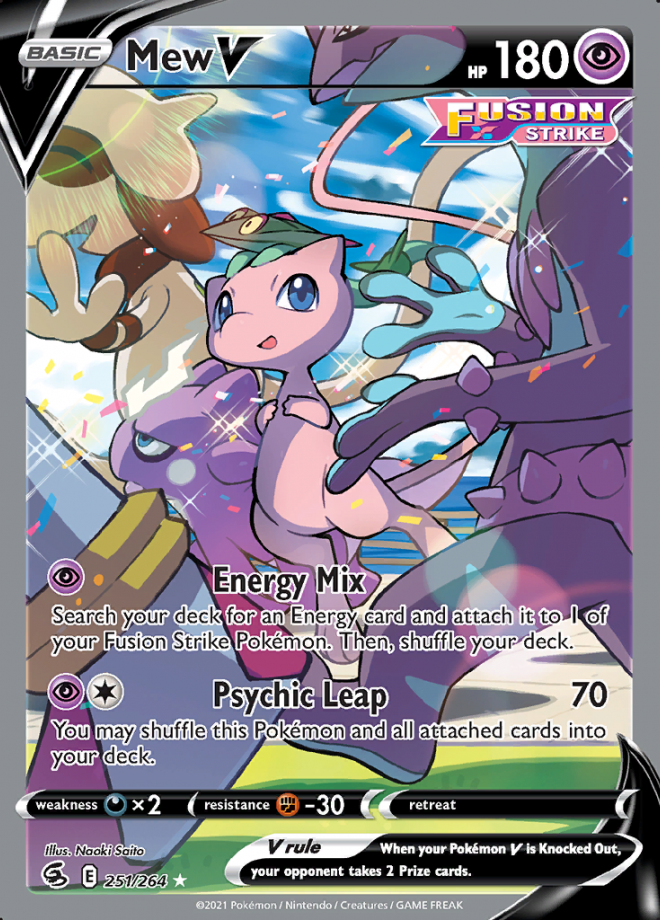 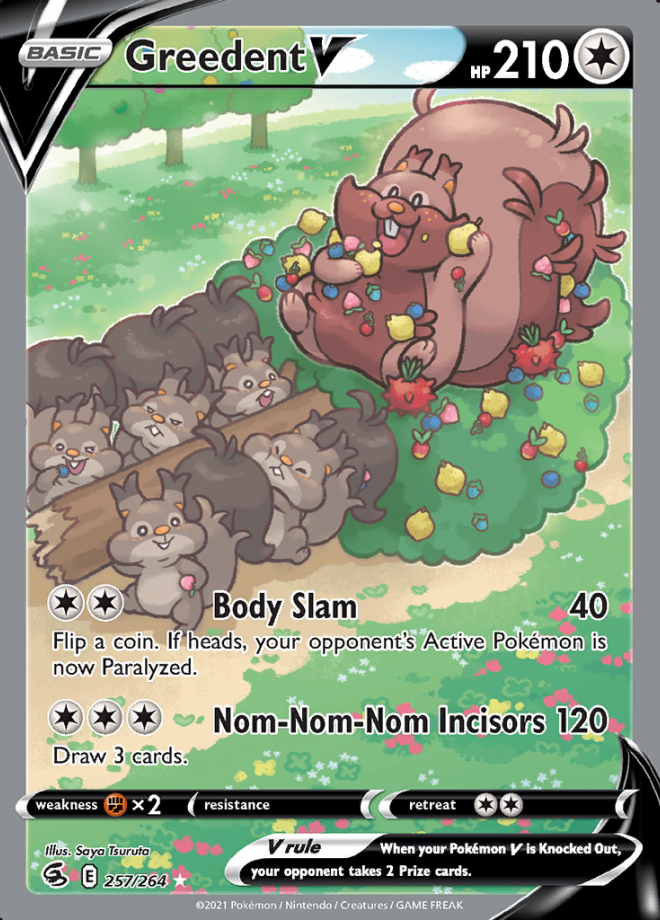 Above are several alternative art cards.

Some sets may not have any alternative arts, like Vivid Voltage, and others may have Secret Rare Alternative Arts like Battle Styles.

There are many other rarities this guide hasn't covered, many of them from older and more obscure sets released in the Pokemon TCG.

Some of the rules above don't apply also, as there are Promotional Cards and Sets which tend to break the traditional rarity rules.

Promotional Cards tend to be given out at events or participating in time-limited events that offer a TCG card as a reward.

Let us know in the comments if we missed any other important rarities! Hey there guys! Awesome little guide you have created to help with the tons of information that come with the TCG. One question that I just have not been able to source an answer for anywhere on the web is, what exactly does the single capitalized letter that is inside of a white box with a black border left of the cards' number mean exactly? An example found above is the last card shown, a Greedent V Alternative Art Card. It has an 'E' directly left of the cards' number '257/264.' Above that is the Snorlax Gold Secret Rare which has a 'D' next to its' cards number, '224/198.' My mistake if this is answered elsewhere or is common knowledge, but I just do not know what it means!

(Sorry if this is wrong place to post this... I'll remove it if it needs to go somewhere else. Thanks.)

I have a secret rare alcreimie vmax rainbow rare 73/72