Pokemon GO now has its own Pokemon TCG Set and these are the best cards to pull based on price, rarity and fan-favorites!

The new Pokemon GO Card List contains 88 cards, including 10 secret rares. The set is quite small compared to most major set releases by Pokemon TCG, so it should be a fun and easy set to collect.

You can buy the new Pokemon GO TCG set from select products that offer a number of Booster Packs; there are no Booster Boxes available. Each Booster Pack contains 10 cards and you're guaranteed a Rare Holo+ in each one!

Pokemon GO is the popular mobile game by Niantic, and we've covered a few Pokemon GO Guides on our blog. The game is still ever popular, and this new collaboration with Pokemon TCG will be a hit amongst fans of both the game and the TCG. 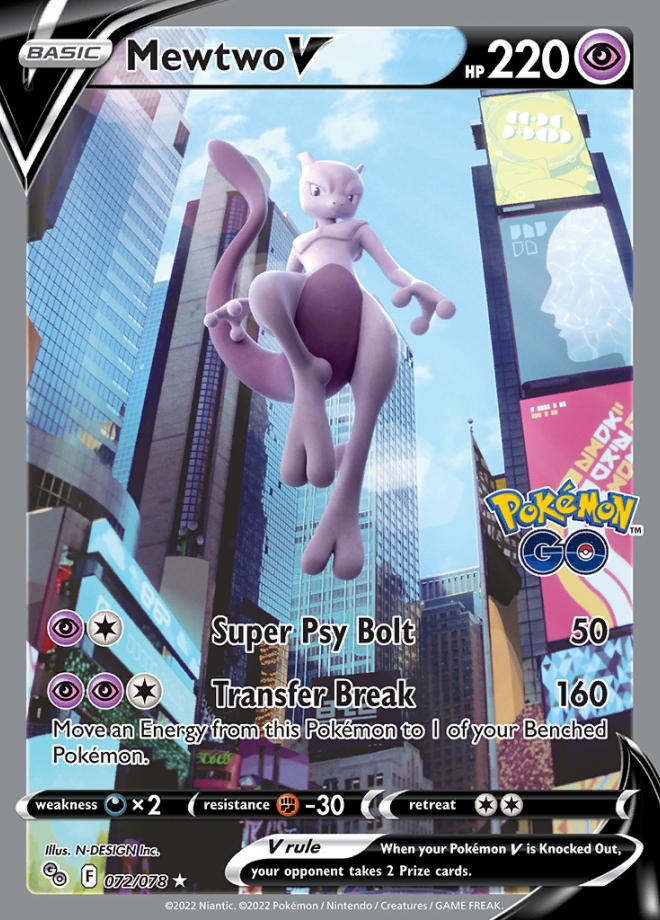 Possibly the best card from the entire set, Mewtwo V Ultra Rare is going to make any top ten list. It features Mewtwo in New York City's Time Square, blending the real world with Pokemon just like in Pokemon GO. Mewtwo is often a sought after Pokemon in Pokemon GO, especially shiny versions!

There are several Mewtwo cards in this set, so it will be interesting to see where this card lands in terms of price point; we're already seeing sold listings for as high as $100+. 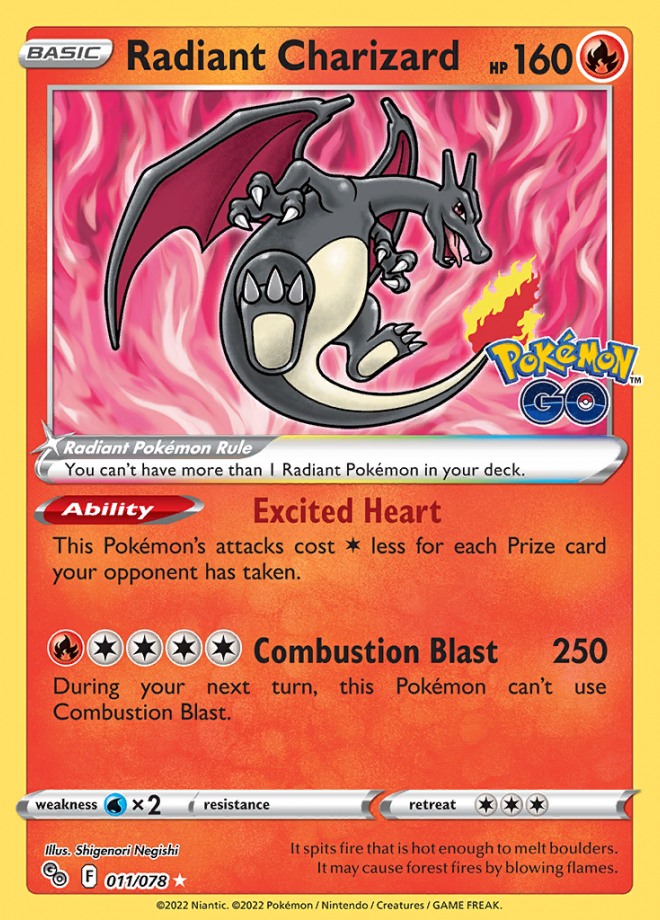 Whilst this card isn't going to be super rare, the Radiant Charizard card is going to be one most fans will want to pull. All three starter final evolutions come in radiant form in the Pokemon GO set (Charizard, Blastoise and Venusaur). Based on the our Pokemon GO TCG Pull Data, we don't think it will be too hard to pull and the price should be quite low. It's definitely one to hang onto though as Charizard has always been a fan favorite! 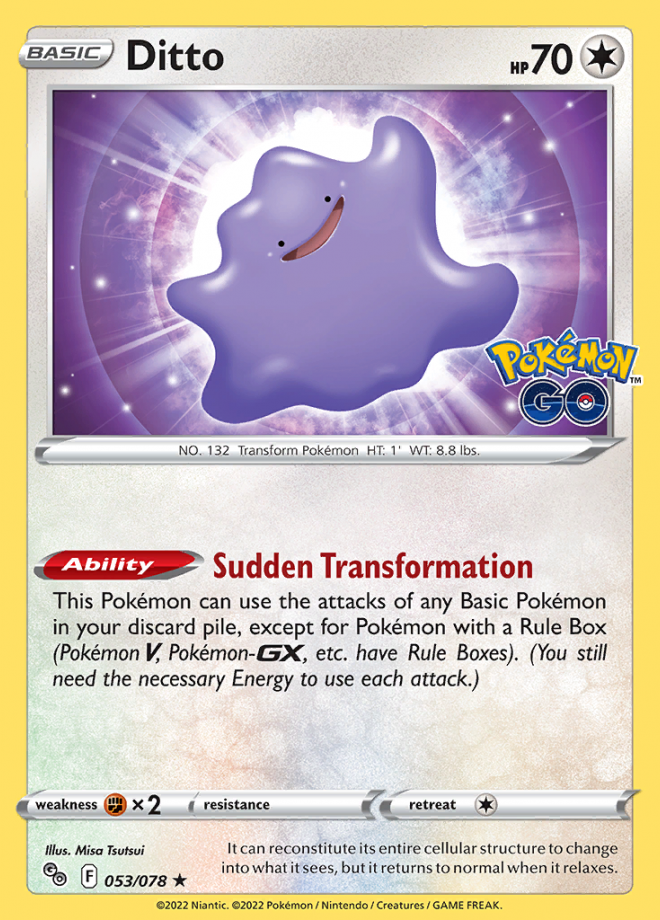 One of the coolest new mechanics of the Pokemon TCG series for a long time is the new Ditto card arriving in the Pokemon GO Set. This card is hidden behind a regular card that can be peeled back to reveal a Ditto! Only certain Pokemon can be a Ditto in this set.

You can identify if a Pokemon is a Ditto by a special icon at the bottom of the card. Are you going to keep your Ditto's unpeeled for market value? Let us know in the comments! 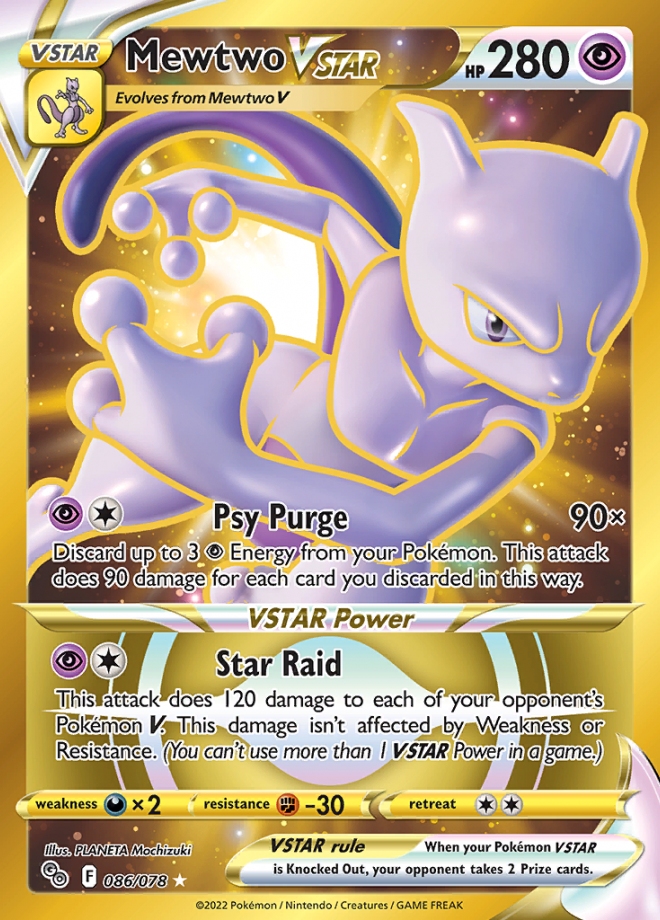 There are 5 Mewtwos in this Pokemon GO set and of the golden cards, the Secret Rare Mewtwo VSTAR is going to be in everyone's top pulls. There is only one Gold Pokemon card in this set, and whilst the amount of Mewtwo's in this set may make it seem a little less special, the pull rate is going to be just as difficult as other Secret Rares.

It is currently sitting at around $80 on TCG card sites but the price may drop/rise once the set is finally released. 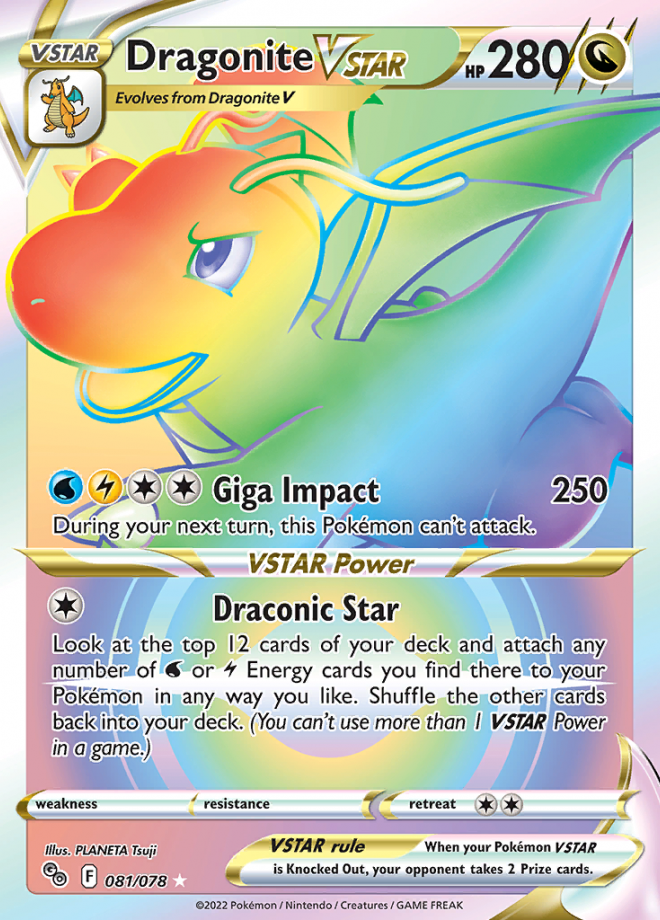 Dragonite is a Pokemon lots of players in Pokemon GO aim to acquire and so it is heavily featured in this set too. The Rainbow Rare version is currently hitting prices of $100+ so we know this card is going to be one of the best to pull. 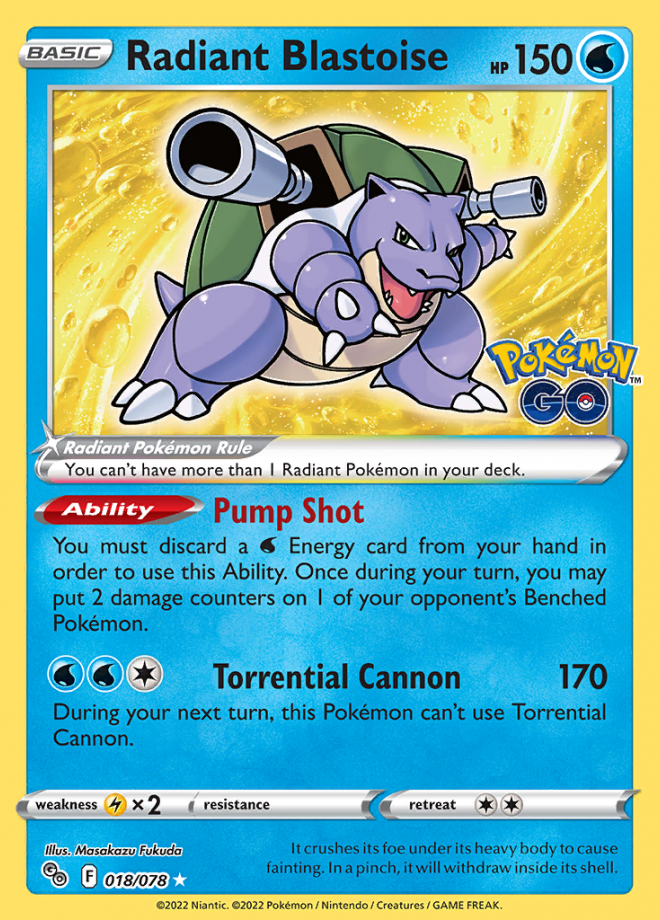 The Radiant Cards in this set are a bit more special than the normal holos, and also because they feature the base set trio evolutions. Radiant Blastoise is one of the better looking Radiant cards and we can see this being a popular pull amongst Pokemon TCG fans.

The rarity of Radiant cards appear to be rare than that of holos, due to the fact that you are now guaranteed a Rare Holo or above in the Pokemon Go Booster Packs. 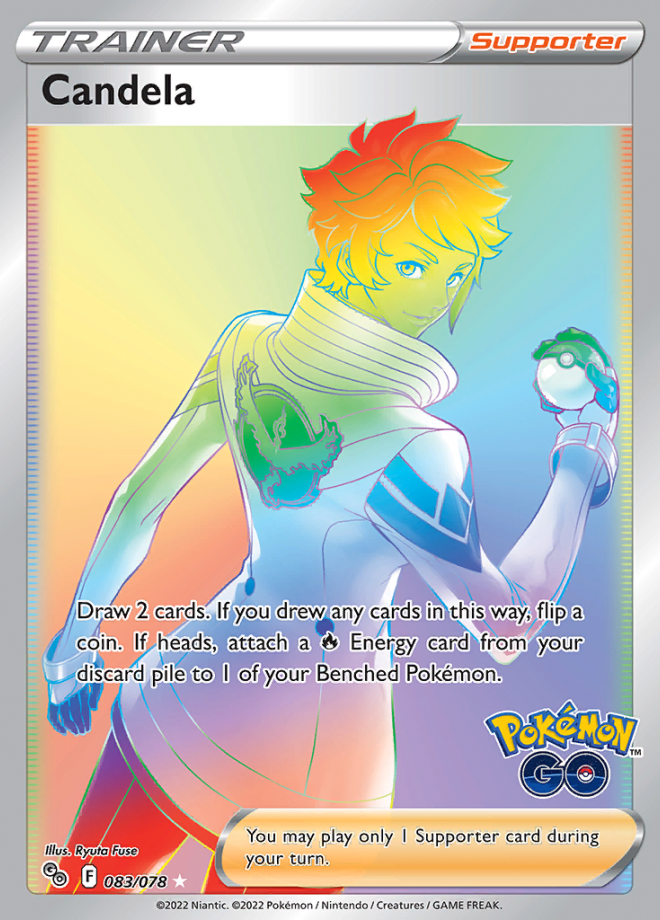 In Pokemon GO, all players need to choose a Gym to join and the three Gym leaders are Spark, Candela and Blanche. All three are Rainbow Rare cards in this set and we could have picked any of them to be in our best pulls list, but we went with Candela since that is the Gym Leader we chose (HA!).

Rainbow Rare Trainers tend not to be too pricey amongst TCG cards, so it will be interesting to see where they land based on their association with the Pokemon GO games.

What are your favorite cards in Pokemon GO TCG?

Did we miss any glaringly obvious cards that should be in this list? We've tried to pick a good variety but perhaps you think there is a card that belongs in it. Let us know in the comments your favourite cards from Pokemon GO!