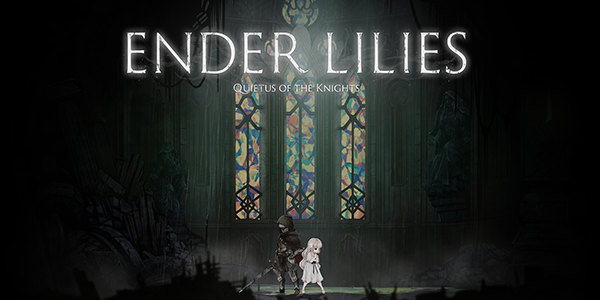 Lily can equip Spirit Skills in Ender Lilies, allowing her to perform various actions as she traverses through Land's End.

There are 8 Main Skills and 18 Subskills for players to find; all skills are obtained by defeating either a main boss or a mini-boss. Players can choose up to 6 skills in two different sub-sets for their active skills, which can all be switched in and out at a Respite.

Main Skills often come with Action skills too, allowing for the story to progress and open up new pathways within the Ender Lilies Map.

Enhancing Skills can be done from any Respite in the game. Spirit Skills are enhanced using three different materials: Ancient Soul, Furious Blight and Stagnant Blight. Ancient Soul is only used for the Umbral Knight skill, and it won't be possible to max level it until right at the end of the game. You'll find plenty of Furious Blight and Stagnant Blight items all over Land's End, including huge stashes towards end-game that contain piles of 800.

Each time you enhance a skill, the skill will gain a bonus. There are several different bonuses:

Since materials are limited in the game, you won't be able to max out all the skills in the game, so you need to choose the ones you find most useful.

Maxing out 5 skills will unlock an Achievement The Abyss.

Here are all the Spirit Skills you can obtain in Ender Lilies. We've added the Chapter # for when you can obtain them to help you figure out when to go back and claim some of them.