We've been playing Dinkum for a couple of weeks now and this review is going to be based off it's early access release in August 2022. We've had a ton of fun playing it and dived deep into the games mechanics to give you guys a good look at how Dinkum performs and whether it's worth your hard-earned money.

Since the immensely successful Stardew Valley soared to the top of the popularity charts and proved you don't need to have a big budget to make an addicting game, we've seen a huge influx of games trying to work on that model.

Dinkum has one single developer, James Bendon, and development for the game started in 2017. It isn't surprising these games take plenty of time to develop when it's in the hands of a single developer. You can go back and see the game's progression on James Bendon's Blog. The game is now in Early Access on Steam released in August 2022. 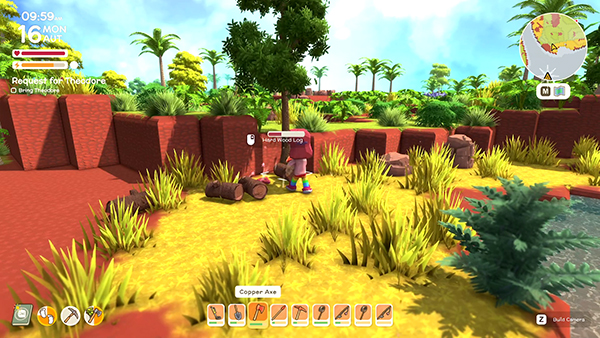 Dinkum describes itself as a life simulation game in which you control how your Island develops through inviting new visitors, crafting and tera-forming the Island with a host of tools and machines. Fans have been describing it as a cross between Stardew Valley and Animal Crossing, and there are quite a few familiar mechanics that fans of those games will find in Dinkum.

Your Island is inspired by the Australian Outback, with plenty of insects, animals, fish and dry-desert landscape for you to explore. You can start as many new games as you like, they all begin in the same vein with a clean slate and your Island is randomly generated so that no two playthroughs are the same.

There is plenty to do in Dinkum, even with it being in early-access, you couldn't fault it for the depth of content. We've sank at least 40 hours into the game and only now have we started to produce a self-sustaining Island with millions of Dinks in our bank.

Each day of Dinkum slowly ticks away and doesn't proceed to the next day until you go to sleep, where your exploits are translated into EXP for leveling up your skills. Each day brings something different; a new visitor may arrive, the weather may change or the seasons may switch bringing a whole host of new creatures for you to find.

You can also completely customize your Island by manipulating the dirt around you. You can make Islands bigger; flatten huge expanses of land to create a farm and even build your own mountain of dirt if you so wish.

We're really excited to see future updates for this game and where it decides to go next. If you're a fan of other Life Simulation games, Dinkum is definitely worth checking out. 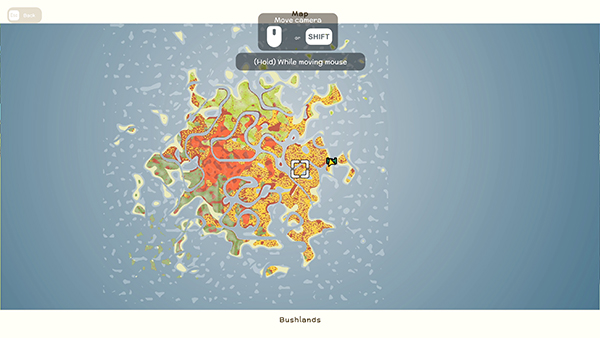 You start Dinkum by coming to a completely fresh randomly generated Island. Your Island has everything you need to get started, including hidden treasures, animals, fruit and fish. The beginnings of the game start off slow, with lots of introduction tasks for you to complete to help you get an idea of how the game works.

As someone who has never played Stardew Valley, Dinkum felt like an easy-enough game to learn. As you start unlocking more areas, things do start to get excitingly more complicated. You'll be trying to remember the right ingredients you need to craft a new Pickaxe, or remembering to go pick the fruit off the trees you planted a million miles away from your base.

Luckily, Dinkum gives you plenty of useful tools to help. You get a giant overview map of your Island that allows you to place markers to help indicate where things are. This is very useful for when you're exploring and come across a cluster of Copper Ore that you want to come back to later.

You can also pin crafting requirements to your main screen, helping you remember what materials you need to craft. 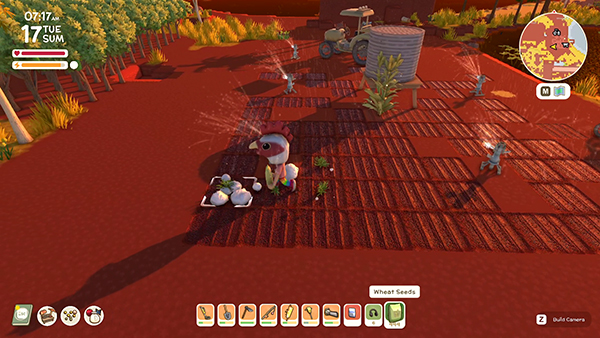 The world itself is defined by a grid-like system, similar to Minecraft but a lot smoother animations. The world is made up of blocks, which you can move around with tools to recreate areas as you please.

Your Island slowly builds up when different visitors come to your Island. You can make each one stay and setup their own personal shop that can offer different features. When Rayne comes to visit, she brings with her a variety of Seeds and tools to start your own garden to harvest into crops.

You'll be wanting to earn plenty of money in the game, called Dinks. John is your first visitor who sets up his shop, allowing you to sell him anything you find on the Island. You can spend all day foraging fruits and shells to sell him for Dinks, or sell him the crops you've harvested from your sprawling fields. There are different ways and methods to make money, and you can decide what's the most fun for you.

Once you get all the available visitors to join your Island, you can really start to reach the end-game content. 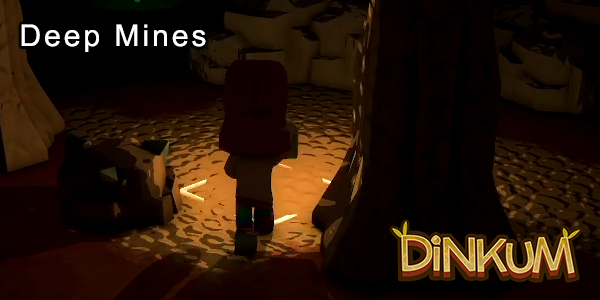 There is a deep mine you can explore that holds a lots of treasure and ore for you to mine; the area is completely randomly generated each time you visit. There are also secret visitors who only come when certain requirements are met that sell some of the best items in the game.

You'll also have access to a variety of vehicles to help get around your Island, including a Helicopter!

Whilst there is always plenty to do in Dinkum, there may come a point where you no longer feel you need to do more exploration. The game gives you expensive tools to generate ores and metal, unlimited amounts of fruit and food and automatically watering your crops for you. These features are all what would be considered "end-game", but it may make you feel like you've completed it once everything is so freely available to you. 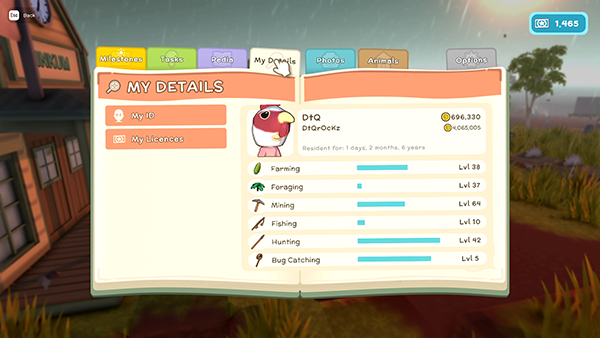 In Dinkum, you will have access to a host of different tools that you can use to improve your Island. Most tools are linked to different Licences that you will slowly purchase to get access to more and more useful content.

Starting out with the basics; you can use Axes to chop down trees and bushes, Pickaxe for mining stone for ore and Weapons for hunting animals on your Island. Each time you perform an action in Dinkum, your skill's level will slowly increase. As you level up, you'll get access to more Dinkum Licences you can purchase. 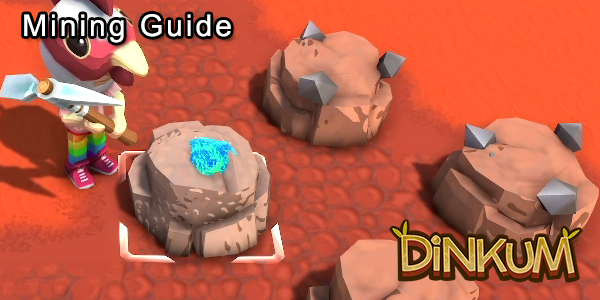 Mining in Dinkum starts off at a basic level of just finding rocks and pickaxing them for ore. As your skills increase, you'll be able to mine for better quality ore and upgrade your tools so that instead of five hits to mine rock, it only takes two hits. When you get to the end-game, you'll unlock power tools, which can mine rocks within seconds and is very satisfying to use.

Most skills follow this pattern; you'll start out on a basic level gaining basic items. As you level up, your tools efficiency will increase and you'll then be able to get access to better materials. 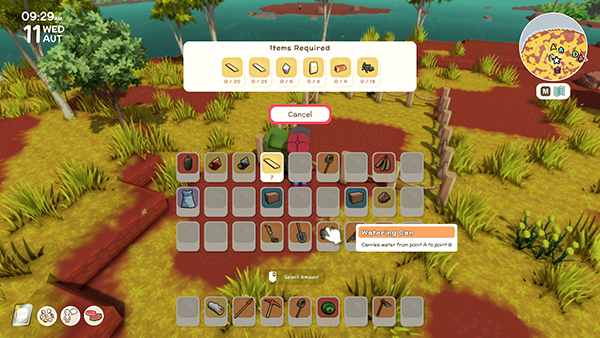 It's incredibly satisfying to have lots of skills leveled up and they all help compliment each other. You'll end up spending your Dinkum days wanting to do a bit of everything as you gather the right materials to craft new farming equipment to harvest your crops, or using stat-raising consumable items from new animals you've raised on your farm and cooking their produce.

There doesn't feel like any of the skills are useless or disappointing; they all serve very specific purposes that allow you to progress your Island. 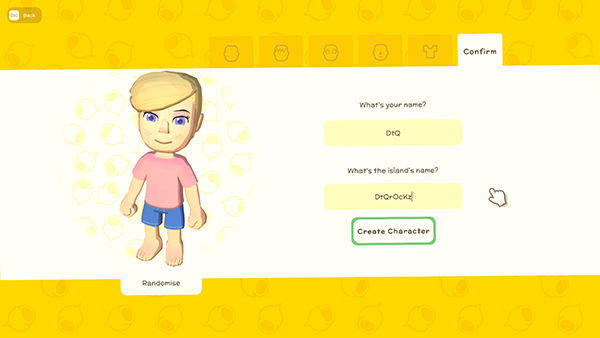 Dinkum has it's own unique character design and whilst the models aren't as cute as animal crossing, the style is consistent with the Dinkum world. The outfits are really well designed, allowing you to dress up like a Pirate or even have a chicken head.

Animals, insects and fish all feel uniquely developed and hopefully we'll see more as the game develops during Early Access.

The music of the game was developed by Satsuma Audio and is perfect for the game. The themes change during the different hours of the day, making you feel cozy as you sit down to play for several hours at a time.

Designing Your Own Island in Dinkum

Simulation games can sometimes get lost in the meta part of their game and neglect the amount of customization options for your own Island. In Dinkum, there are hundreds of different decorative items you can purchase to decorate your own home, including paints, wall paper, tiles and bridges. 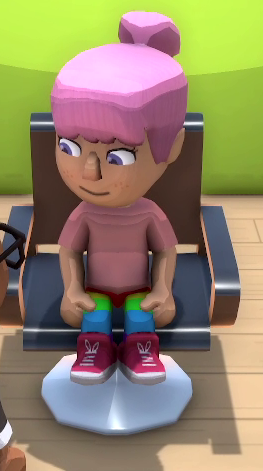 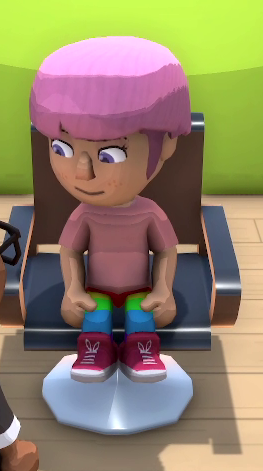 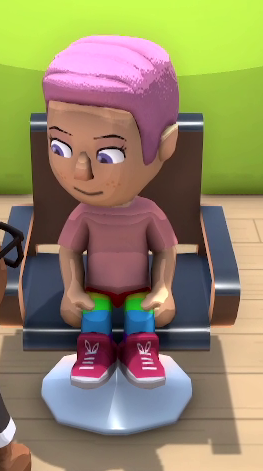 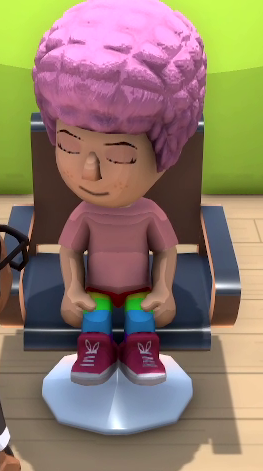 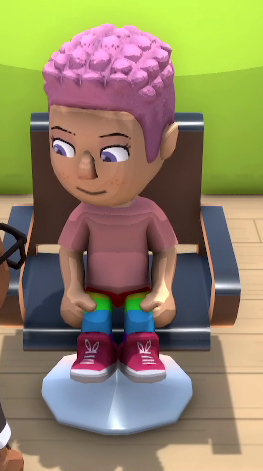 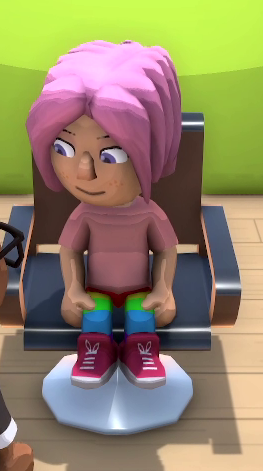 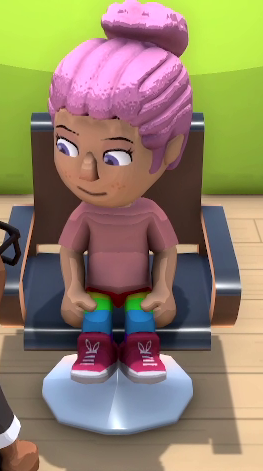 Character Customization has plenty of different outfits for you to purchase and find in the game also. The character models are a little strange at first, but once you get sucked into the world of Dinkum you start to find these little block heads quite cute.

There is one visitor, Sally, who comes to your Island who can offer your haircuts and color changes, so you're not stuck with what you choose when you first start the game.

Creating your Island is also very fun. It's not on the same level as Minecraft in terms of freedom, but it's close. If you check out the Dinkum subreddit, you'll get an idea for the amount of detail and care you can put into making your own Island Paradise.

Currently Dinkum is in Early-Access on Steam. This means the game is not complete and to expect changes to the current game's content over time. So far, we've had a number of bug fixes and improvements made to help make Dinkum more intuitive.

It will be interesting to see what content is added in the future and how often these updates come. Other games slowly release patches every couple of months, giving the game a new lease of life as you explore the new content. With Dinkum only just being released, we'll have to see if this is to be expected. You can follow development plans on the Dinkum Blog.

There are plans to bring Dinkum to other platforms, including the Nintendo Switch. But how far those plans are off, we don't know. 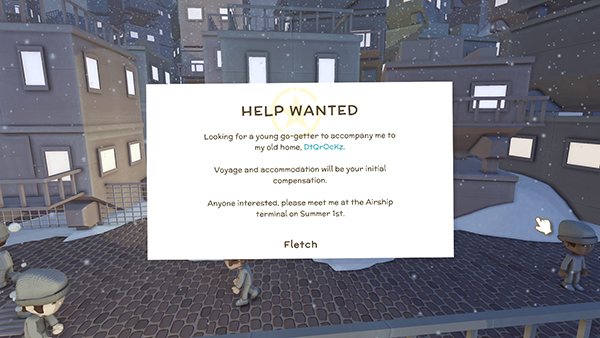 Dinkum is filled with lots of content and we had plenty of "aha!" moments discovering new mechanics. We've created huge farms of crops and developed our own Orchids to pick lots of fruit to sell for millions of Dinks. We especially loved finding the secret visitors that come to your Island, selling some of the best items in the game.

There are lots of similarities with other games of the same nature, namely Stardew Valley and Animal Crossing. I've never played either of those game, but plenty of people have commented that the game could do with having a bit more uniqueness to it's gameplay elements.

There are also seeds of a lore and story planted at the beginning of the game that don't really come to fruition during your time on the Island. You get to learn about the world through interacting with the Island residents, but it would be nice if this gets expanded on for future updates.

Overall, Dinkum is a solid game to play and its very impressive it was all created by just one lone developer. The game is can be played for as little or as long as you like each time, progressing your Island towards your own personal paradise. 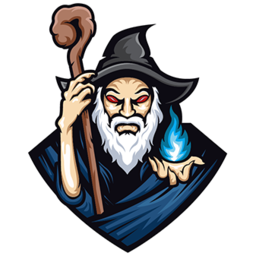 Portions of the materials used are trademarks and/or copyrighted works of James Bendon. This material is not official and is not endorsed by James Bendon.

Get email alerts whenever we add a new post to the "Reviews" category. Or register an account to manage your email alerts.