The final chapter of Final Fantasy VII Remake is Destiny's Crossroads where the final showdown awaits. You've come along way for this, so enjoy the ending! 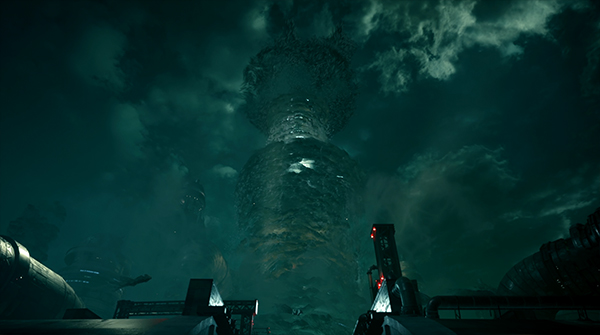 You begin the chapter on the Midgar Expressway, where the entire Shinra Building gets covered in Whispers.

But before long, Shinra turn up to chase you down and you're back on the motorbike mini-game. 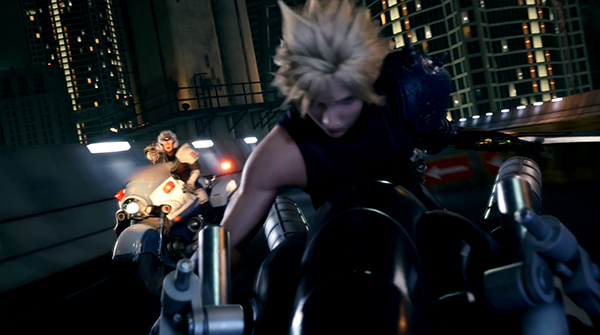 Like before, you can use Cloud to attack left, right and use a Spinning Slash attack that charges over time. The first part of the fight sees you take on a few Shinra guards on bikes and a armored vehicle that you'll have to swerve left and right to dodge it's machine gun attack. 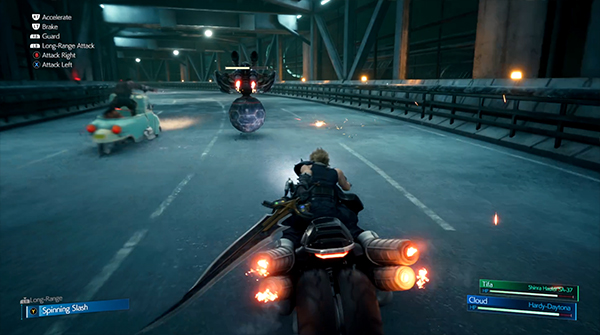 The next phase is against a M.O.T.H Unit and several Slug Ray mobs. Once you take it out, you'll then be harrassed by a Shinra Helicopter and more Shinra Guards on bikes. 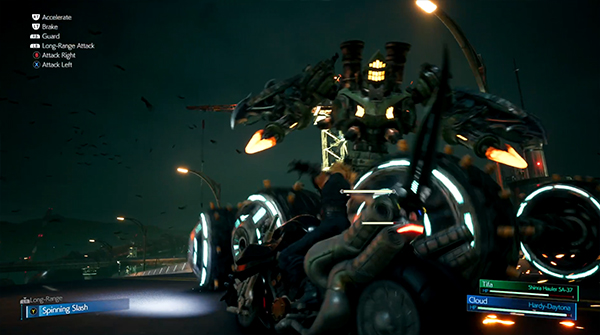 However, the real test is a giant tank robot that joins you after. It has wheels on either side of it that are vulnerable; you'll need to disable both sides to stagger the boss. When the tank is attacking from one side, you'll need to break and switch to the other side to avoid taking damage.

When you stagger it, you'll want to use Cloud's Spinning Slash attack to deal the most damage. After each stagger phase is over, the tank will then unleash a flamethrower move so drive back to avoid it.

In the second phase it will unleash a high-powered charge attack, so you'll want to do the same brake maneuver to avoid it.

After the second stagger it will start the third phase and drive off up ahead and drop shock charges you'll need to avoid. Once you catch up to it, repeat the process again and stagger it.

After you defeat it, you'll come to a stop. 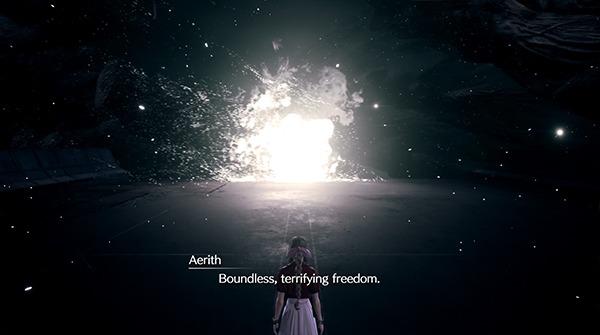 You'll now have to face Sephiroth in a very long boss battle. Heal up at the Rest Bench and buy any items you need from the Vending Machine.

There are no checkpoints in this boss battle, and multiple phases you'll need to win, so be prepared otherwise you have to start over from the beginning.

Head inside the white light portal to begin. 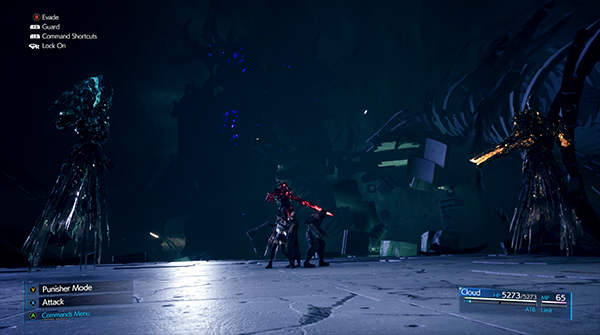 The first part of the fight is against three Whisper Elemental mobs: Whisper Rubrum (fire), Whisper Vindi (Ice), Whisper Croceo (Lightning). You'll want to focus on one of these mobs at once, so set your locked mob on.

As you deal damage, the giant Whisper Harbinger will move the battle with intermitting cut scenes. He will use Reformation to switch out the different mobs you face. Ignore it for the most part and just concentrate on staggering the Whisper mobs.

Cloud's Braver skill can hit each mob for hard damage, and Tifa is great at picking up the slack when Cloud gets in a chain of hits.

Eventually, when you stagger a Whisper, you can then destroy it and this will cause a part of the Whisper Harbinger to take damage.

The battle will split up after the first Whisper you defeat. Barret, Cloud and Red XIII will fight two of the Whispers.

The Whisper's attacks don't really change, just keep staggering them and each time you destroy one it will hurt the big guy.

The fight will switch to Tifa, Cloud and Aerith. The three Whispers will combine to form Whisper Bahamut.

Whisper Bahamut is where you'll likely face your first hurdle. It has a mega-hitting attack called Megaflare, and it can deal around 1,500 HP per character. If you're struggling to tank this move, leveling up some more to get more HP can help and using HP UP Materia.

Whisper Bahamut doesn't have a lot of health, so if you can use your Summon and several hard-hitting Cloud Bravers you should be able to take it out.

When it dies, you'll then have to face the three Whispers one last time again. Stagger them, defeat them and watch the Whisper Harbinger fall. 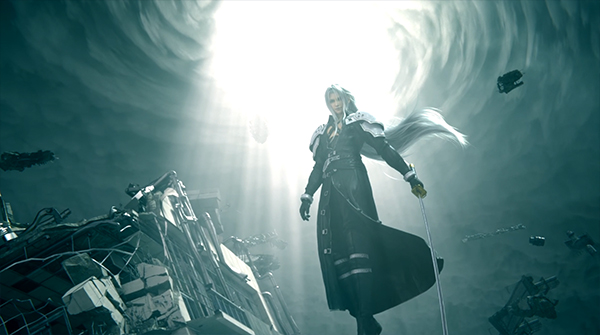 The Sephiroth fight begins immediately after you take down Whisper Harbinger. You start the fight as just Cloud and blocking is key during this phase. Sephiroth unleashes Aeolian Onslaught, which is incredibly hard to dodge so just use Guard as often as possible.

You won't be able to do much damage, so you need to build up the stagger gauge by melee hits. When you stagger hit, throw in some Bravers as the stagger bar won't last long.

Aerith will join you for the second phase. Put her on Cure duties as often as possible. The same tactics apply, but switching between Aerith and Cloud to prevent Sephiroth chaining his attacks is a good strategy to use. If you've got Haste Materia, now is the time to cast it!

The third phase begins and Tifa joins your party. In this phase Sephiroth will cast multiple magic attacks; you can see where they're going to land by markings on the arena floor.

You should by now have your Limit Breaks getting closer to full, so make sure Aerith is ready to use her party heal.

The final phase begins with 15% of Sephiroth's HP left. He'll cast Shadow Flare, which will cause giant dark bubble attacks to pop up all over the arena. But with such little HP left, Sephiroth should be easy to take down now.

Below shows the final bosses of Final Fantasy VII Remake and the ending- so pause the video after you beat Sephiroth to not get spoiled.

And that's it! The end of Final Fantasy VII Remake!

Completing the game unlocks post-game content, including Hard Mode. You can also revisit each Chapter to find collectables and other things you may have missed.

We hope you find this walkthrough useful, and if you have any suggestions for improvements, let us know in the comments!