As we continue to head towards Mako Reactor 5, Chapter Six of Final Fantasy VII Remake gives us a bit of a puzzle to navigate through inside the Shinra Reactor.

You arrive at the Sector 4 Plate and are using this route to get to Mako Reactor 5. Barret mentions this is actually Plan E- so much for things going our way... 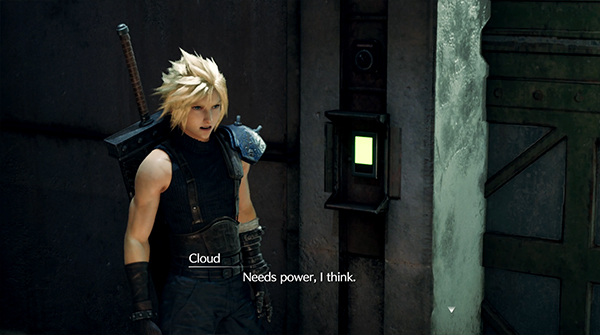 Immediately head down the ladder and you'll find a Treasure Chest (1) on your right containing a Hi-Potion. Follow Barret and Tifa up ahead and you'll come to a gate that needs power.

If you turn back the way you headed you can find a route to a small control room that activates the door. Unfortunately, it requires us to turn off the giant Sun Lamps in order to send power to activate the door. 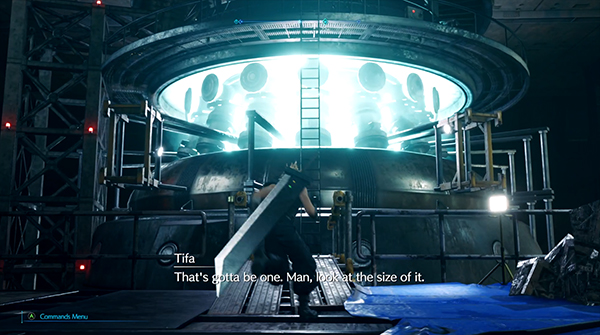 Head back to the door and you'll a giant Sun Lamp just in front of it. Climb up, and open the Treasure Chest (2) to the left of it to find 3 Potions. Once you've deactivated the Sun Lamp, climb down and head for the locked door, which should now open. 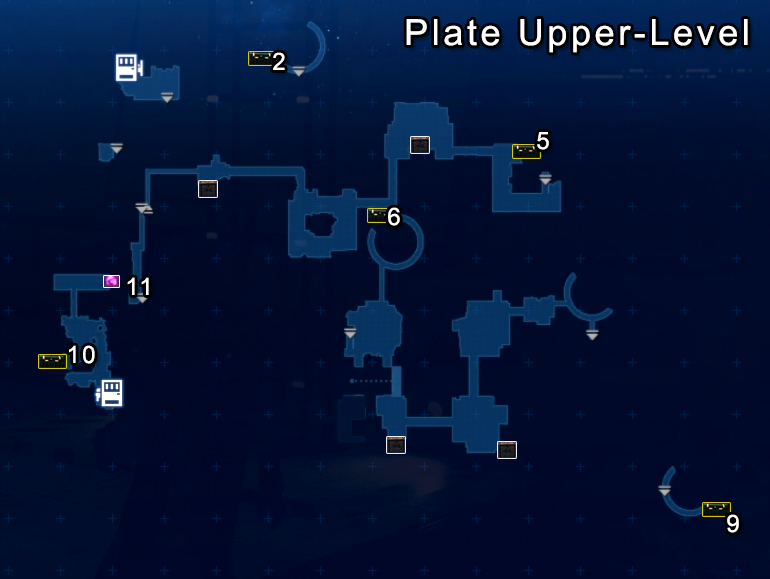 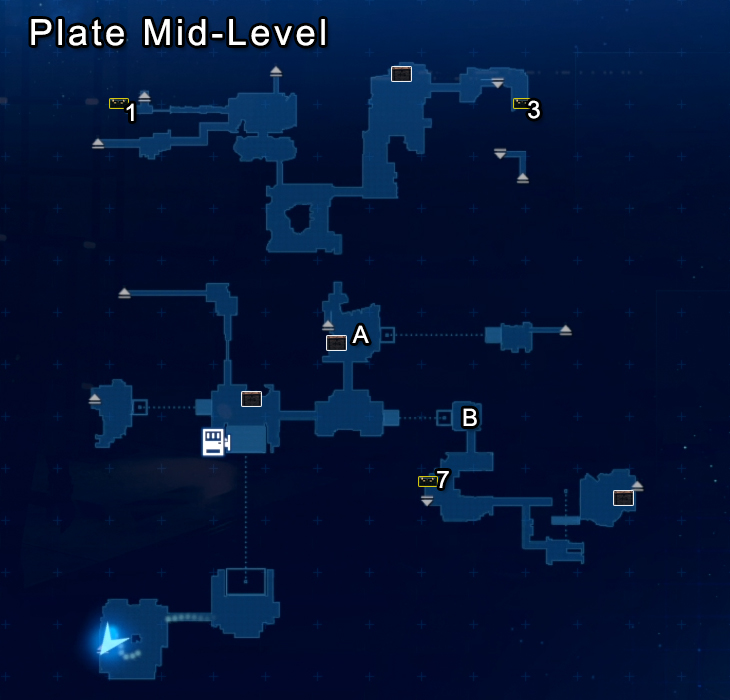 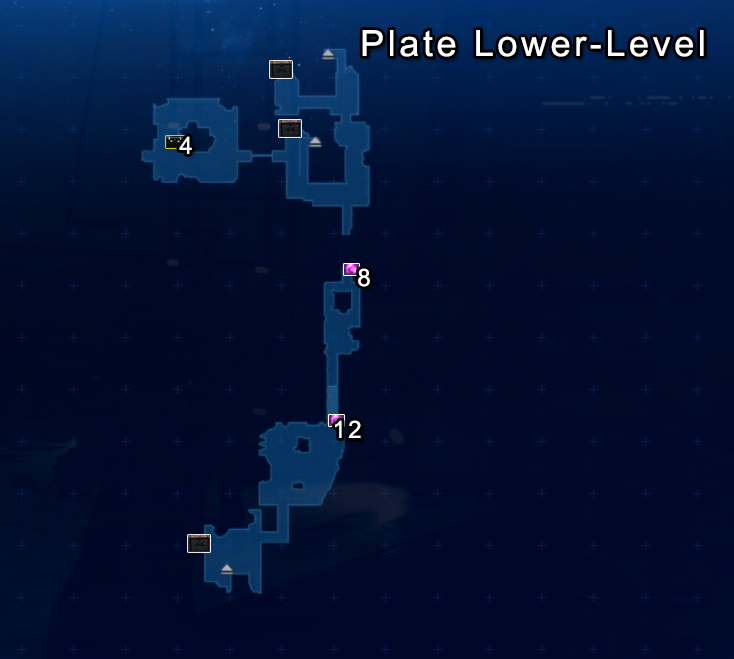 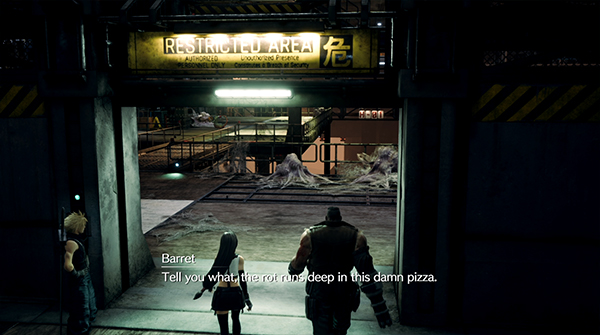 There are three levels to the Sector 4 Plate Interior, and you'll be going up and down constantly in this area. You are currently on the Plate Mid-Level.

This area also has lots of mobs for you to fight, including Grashtrike and Queen Gashtrike.

Head towards Treasure Chest (3) and you'll be able to take the stairs down to Plate Lower-Level. 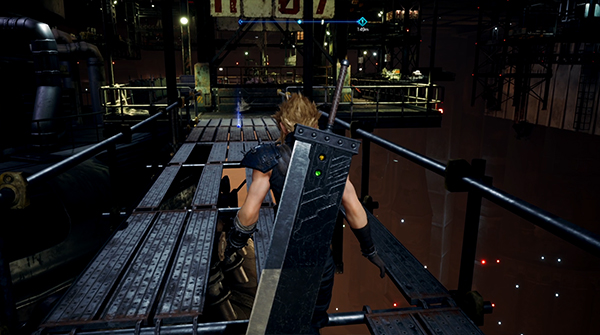 Here you'll come to a walkway that collapses, just before you get to a piece of Blue Materia. Unfortunately, you can't get this yet (see Discovery Quest Collapsed Passageway on how to get this).

Head to Treasure Chest (4) to pick up a Remedy and fight some Grashtrike monsters. Then head back along the walkway and take the stairs to the Plate Upper-Level. 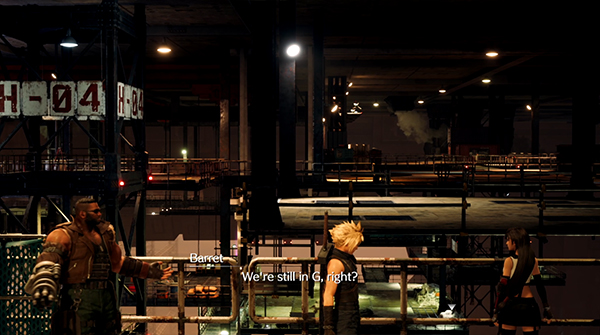 Tifa and Barret suggest getting your bearings for a few seconds, which isn't a bad idea. Tifa recommends climbing across the Extractor Fans.

Pick up Treasure Chest (5) and you'll come across two Blugu on your way to the Extractor Fans.

Blugu are weak to Lightning and Wind Materia. You'll walk past another Sun Lamp, but for now you can't do anything about it. 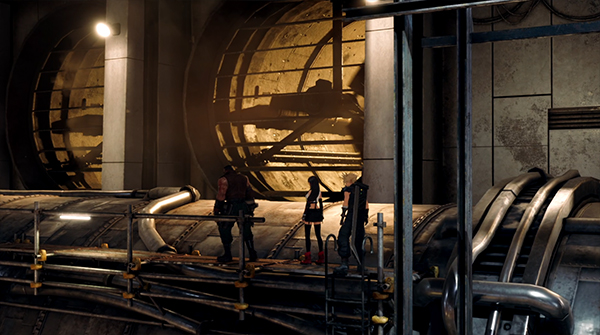 Follow the route to your right and you'll eventually come to a ladder and some giant Extractor Fans. As you walk across them, you'll notice some Summoning Materia behind one of them, which activates Discovery Quest Inside The Ventilation Fan that you can optionally complete. Climb down from the Extractor Fans and you'll arrive in Section H.

There is a Cargo Platform in front of you that needs 3 Sun Lamps worth of power to activate.

There is a Vending Machine to your right and a Rest Spot, so use them if you need to heal up and get supplies. You can also purchase HP Up and MP Up Materia from this Vending Machine.

Head to the point marked A on the Middle Plate map. Take the stairs and you'll arrive at the Upper Plate. 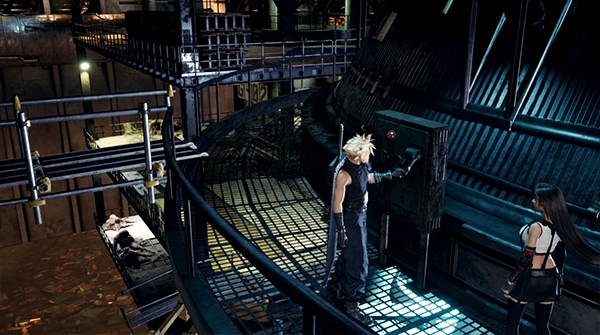 Here you can deactivate the first of three Sun Lamps. Open Treasure Chest 6 on the same platform for a Phoenix Down.

Powering down this Sun Lamp activates a control console on this level and also reactivates the Intruder Prevention System, so you're going to have to deal with a few Sentry Ray Guns. Have Barret take them out. 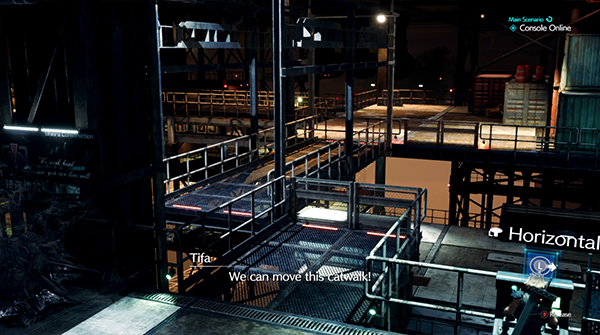 In this area, head to towards the console that allows you to control the Catwalk. Line it up so you can now cross over.

Follow the path and you'll have to fight a new mob called Terpsicolt. They have a Whirling Bard attack that makes any Melee attack useless, so either use Magic Materia or Barret to attack. 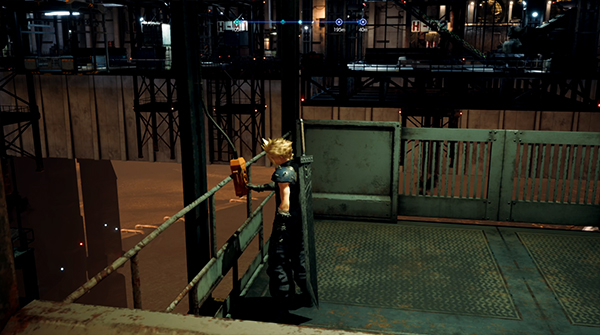 You'll then come to the second Sun Lamp; deactivate it and then climb down the ladder to get to Mid-Level plate. You'll see a moving platform you can activate that get's you across back to (A) where you will have to fight a few mobs.

Now you can take the next moving platform on your left, which will take you to area B. Pick up Treasure Chest (7) for a Moogle Medal.

You can now also take the detour to complete Discovery Quest "Collapsed Passageway" by using the ladder going to down next to Treasure Chest (7). 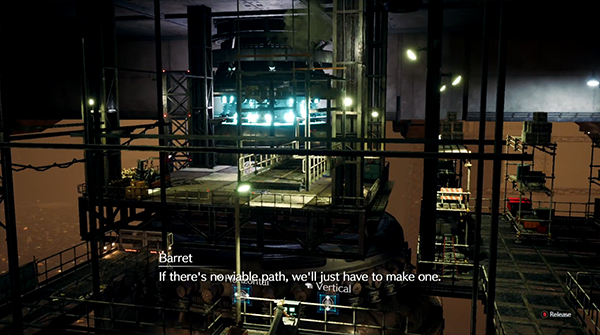 Head to your right and you'll come across another power console that controls a Cat Walk. Line it up and you'll finally be able to power down Sunlight #3. You can also pick up a Mesmeric Armlet from Treasure Chest (9). Now you can head back to H01 area and activate the Cargo Platform. You can also complete the Discovery Quest "Inside The Ventilation Fan" and get some new Summoning Materia. 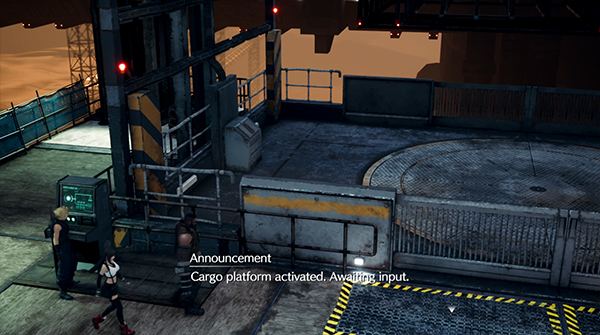 Once you activate the Cargo Platform and head across, you'll have to take out several Sentry Ray guns. Remember, they're weak to Lightning Materia.

Head up the ladder into the interior and you'll find a Moogle Medal in a Treasure Chest. That wraps up Chapter Six of the Final Fantasy VII Remake Walkthrough. This area is a bit of a maze, so let us know if we missed anything in the comments!