The Darts Mini Game is available in Chapter 3 of Final Fantasy VII Remake located in the Seventh Heaven bar. This mini-game allows you to earn some unique rewards and so this guide will give you some tips and tricks when playing Darts! 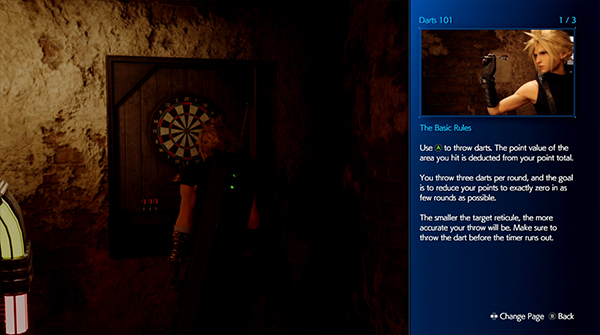 You can find the Darts Mini Game in the Seventh Heaven Bar next to the Jukebox. It becomes playable after your meeting with Avalanche during Chapter 3.

You don't have to play this mini game, it is entirely optional. However, it does unlock an achievement/trophy and also you can earn some Materia by playing.

If you've never played Darts before, the game works by trying to reach 0. You start at a score of 301, and each dart you throw at the dartboard will reduce your score. Hitting the bullseye will score 50 points, removing them from your total.

The Dart Board is divided up into numbers 1-20. There is an inner band of each number slice, that if you hit it, gives you triple score. The outer band of the number slice gives you double score.

The highest score you can get with a single dart is triple 20 (60 points). If you've ever watched professional darts, they almost always aim to hit triple 20 at the start of each round.

The Darts mini-game is divided into rounds of 3 throws. As mentioned, the aim of the game is to reach 0 as quick as possible. When you have a winning shot available, the correct part of the dart board will light up. For example, if you need 22 to win, double 11 will be highlighted. 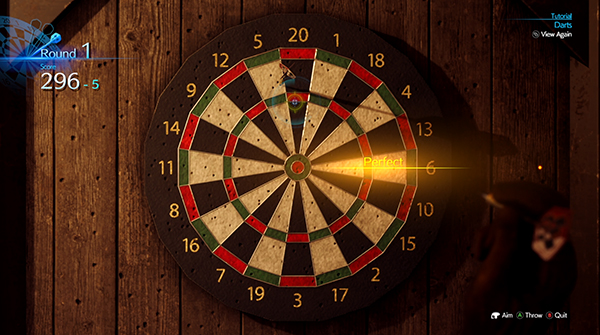 To make the game slightly difficult, when playing Darts your hand moves randomly, causing your aim to be slightly wonky. Each round starts differently; the more you have to move your aim away from the starting position, the more wild your hand movements become. This RNG can be a factor in getting the top prizes.

When you play darts, a small circle will appear on the board. As it gets smaller, the more accurate your throw will be. The most accurate it can be is a "perfect" dart, which appears for a split-second chance. However, throwing a perfect dart usually means you will hit the number you're aiming at.

The bigger the circle, the more the dart will land randomly.

You also have a timer for throwing your dart; you get about 2 chances to hit the perfect dart before the timer runs out.

The quickest way to get your score down is to hit triple 20s (60 points). Three triple 20s is 180 points. The risk however, is that either side of the 20 is a 5 and 1 score, so if you miss, it really does mess up your chances of scoring high on the leader board. 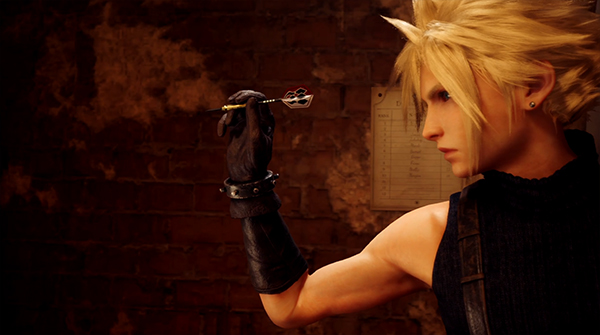 You can reset your game without having to finish it; there is a slightly annoying animation to restart but that's usually quicker than finishing up another round of darts. Ideally, if you're aiming for a high score, you want to get at least 100+ on your first three throws.

As mentioned, your hand aim will choose a random spot on the board to start from. The further you move away from this spot, the harder it is to control your aim.

You need to score at least 7 darts to make top of the leaderboard, so you don't need max score each round. 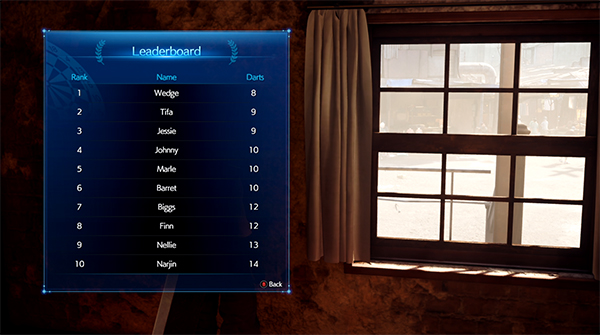 You can view the Darts Leaderboard by viewing a poster on the wall next to the Dart Board.

Wedge tops it with clearing his score within 8 darts. This means you need to score 7 to come first.