After the destruction of Sector 7, Chapter Thirteen of Final Fantasy VII Remake sees us react to the devastation and head to secret area below the depths.

You begin the chapter with Cloud, Tifa and Barret amongst the rubble of Sector 7. 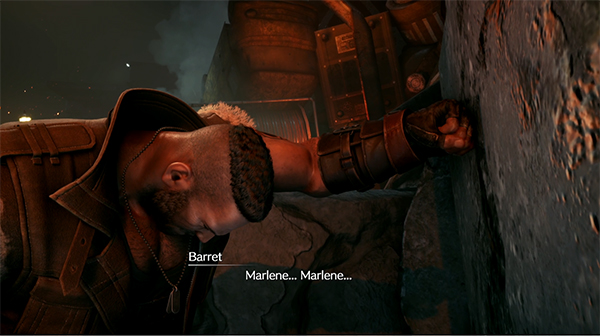 Barret is distressed about Marlene and the rest of Avalanche who may have been caught up in the collapse of the Sector 7 Plate.

Cloud and Tifa let Barret know that Marlene is probably safe at Aerith's house, so that is your first destination.

You'll have to make your way through Wall Market to get to Sector 6 Slums. Unfortunately, Shinra Guards are present at Wall Market so there isn't much to do. Pass through and head towards Sector 6.

At Sector 6 Slums, make sure to check out Chadley's Battle Intel Report for new Summon battles, including Leviathan. 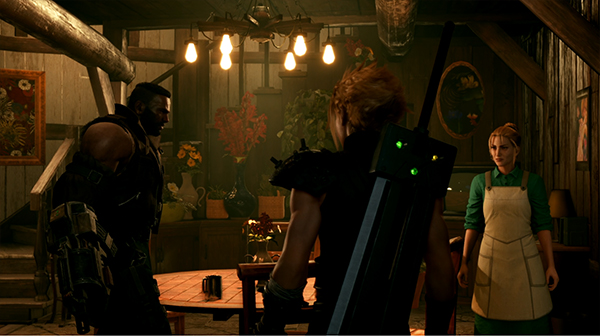 When you arrive at Aerith's house, you're given a bit of backstory about the Ancient Aerith and how she ended up at the Sector 6 Slums.

Turns out Elmyra isn't her biological mother after all.

Cloud wants to go rescue Aerith, but Elmyra is adamant you should leave her to be.

Barret says in the meantime you guys should go try and help out at the Sector 7 rubble. So next destination is back to the Sector 7 Ruins.

Before leaving Aerith's house, head to Marlene's room and open the Treasure Chest to find a Mythical Amulet. 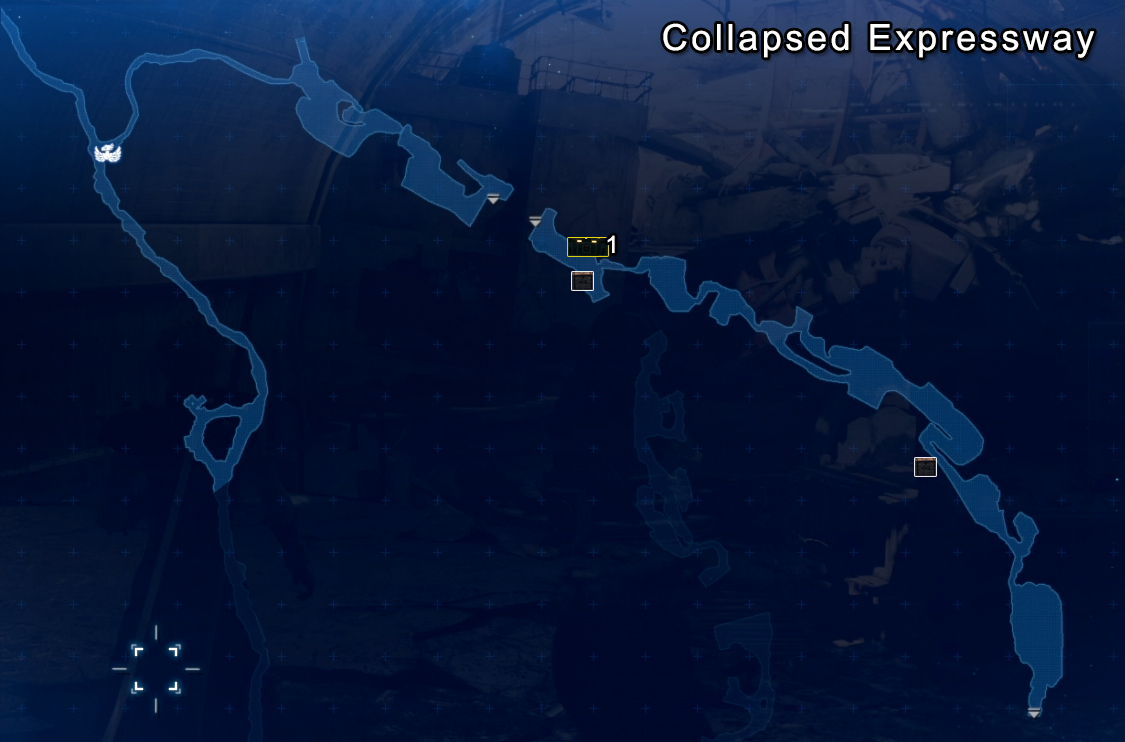 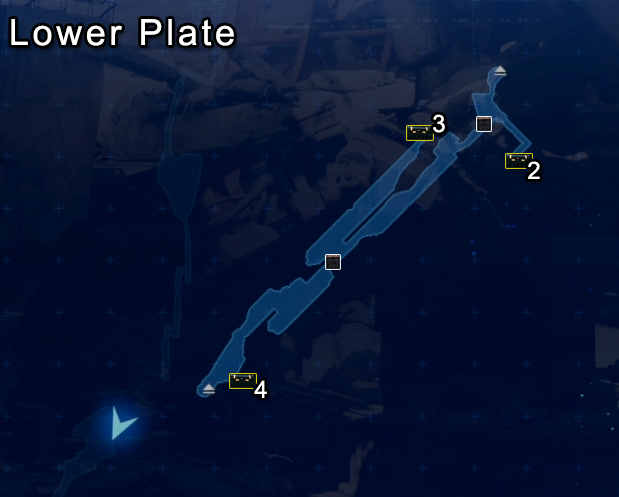 In order to get to Sector 7 Slums, we need to pass back through the Collapsed Expressway again.

This time there are no cranes to operate, which is nice. Instead, you'll take an alternative path through the ruined expressway; which is very linear.

There are plenty of mob clusters here, so if you need to earn some Gil or even use Assess to get your Battle Intel records up, this is a good spot to do it. 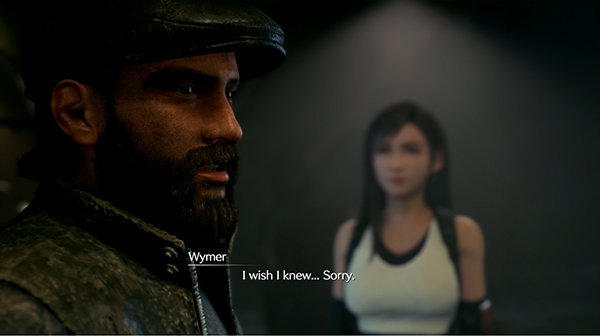 Once you exit the Collapsed Expressway, you'll come to Evergreen park and meet Wymer who doesn't really offer you much information about who made it out.

In this area you can find a Bench, Vending Machine, Item Vendor and Weapons Vendor. You can buy Music Disc #15 - On Our Way and a new weapon for Barret from the Weapons Vendor: Big Bertha.

Head underground by going to the manhole underneath the slide that Aerith once showed you. 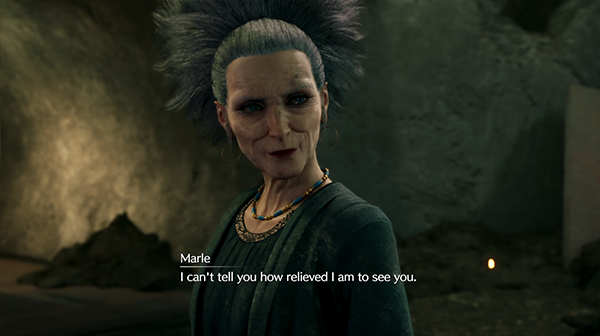 You'll arrive in the S7-6 Service Tunnel which connects to Sector 7 Slums.

When you arrive, you help out someone who is trapped and reunite with Marle. She mentions you should go take a look at the Seventh Heaven Bar... or rather, what's left of it. 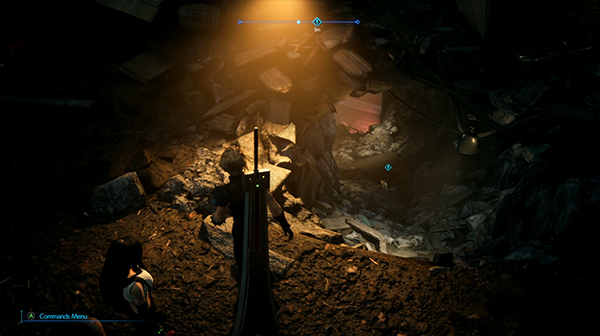 Follow Barret through the ruins and you'll see a smashed up sign of the bar. Wedge's cat turns up and leads you to a giant hole in the ground. Follow it and you'll come across Wedge.

But before you can do anything, you all fall to your doom. 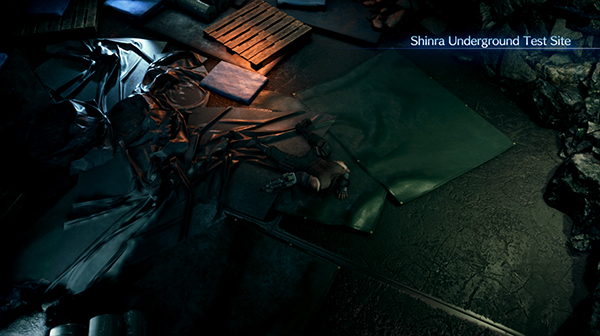 You're in control of Barret and seem to have fallen into Shinra's Underground Test Site. Looks like this place was here all along underneath Sector 7. Wymer once hinted that a place like this existed in Chapter 3 after you complete one of his side quests!

There is a Vending Machine and Bench nearby for you to heal up if you need to. 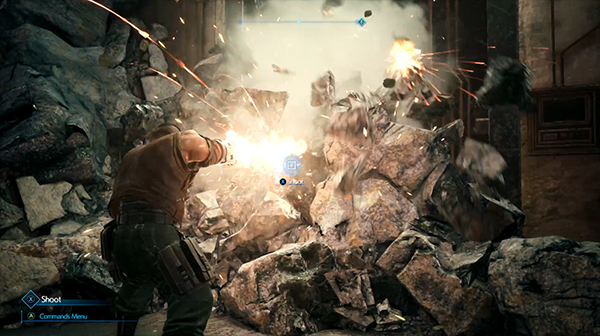 Barret can destroy obstacles in his way using his normal attack. Test it out by smashing the rubble in front of you.

Follow the corridor along, taking out Bugaboo and Wererat mobs. Follow the end of the route and break down the wall to find a Treasure Chest containing 2,000 Gil. 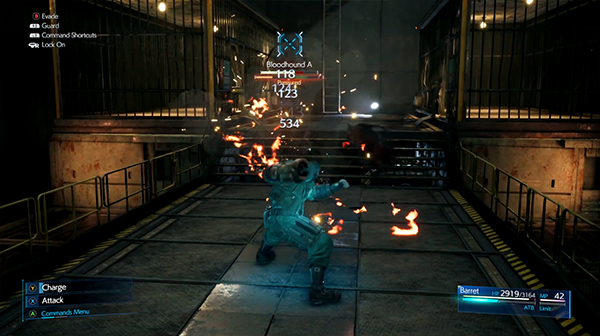 Then break the wall on your left further back to access an area with two cages, where two Bloodhound mobs will attack you.

Take the ladders up until you come to floor B4. You can smash down one of the walls to find a Treasure Chest containing a Healing Carcanet. 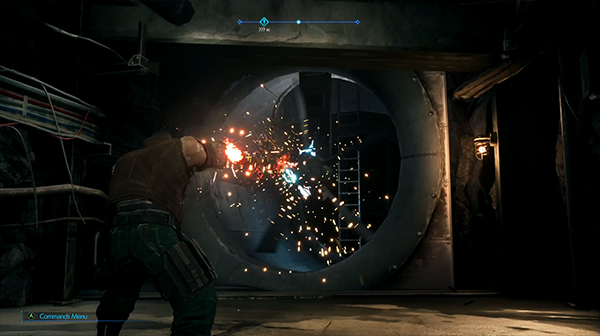 Follow the Corridor along until you come to a spinning fan that you can destroy. 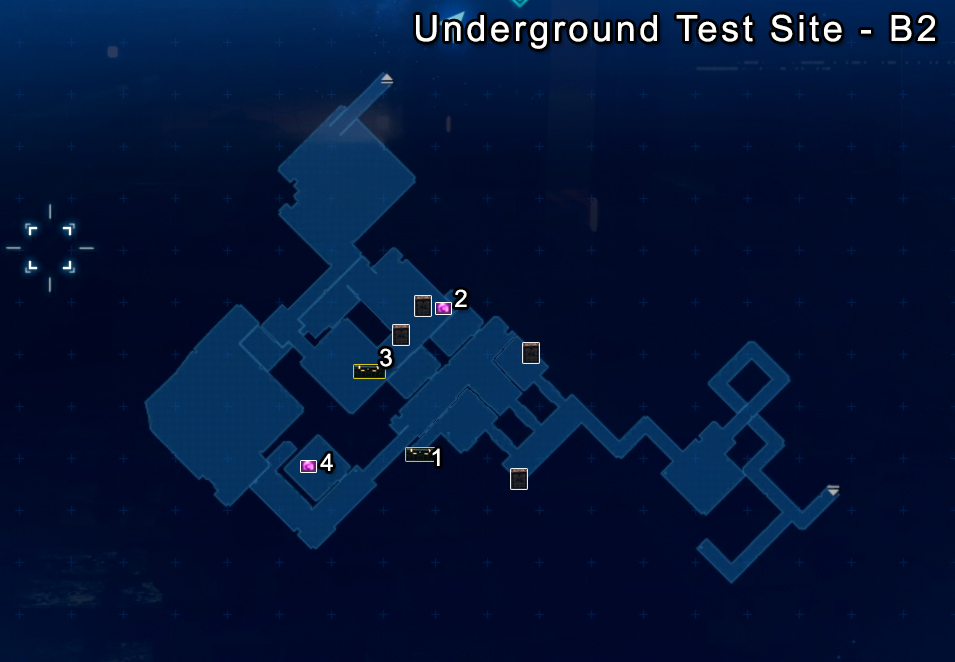 Head up the ladder to B2 and here you'll reunite with Tifa. 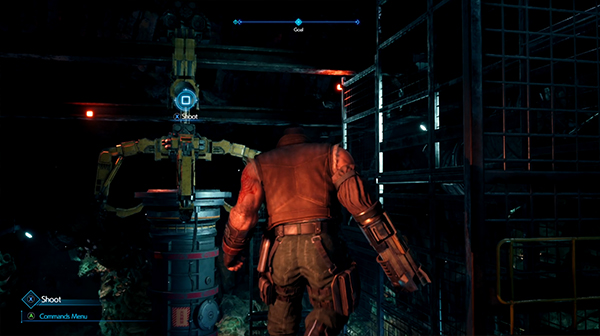 There are a bunch of Bugaboos swirling around; you need to head to the top of the staircase and shoot down a giant cannister that will explode and wipe out the Bugaloo.

Keep heading up until you come to a platform with a Cutter and Monodrive mobs. Follow the path and you'll come across Bloodhounds and a swarm of Bugaloos.

You'll then arrive at B1. Here you can use a Vending Machine to purchase Music Disc #14 - Main Theme of FFVII. 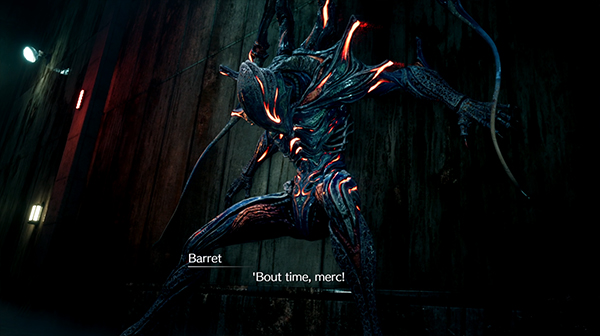 The fight begins with a bunch of Unknown Entity mobs charging you. Tifa can handle these easily with her Whirlwind Uppercuts and Divekick abilities. You'll have a few ranged ones that Barret needs to take out.

The real boss, Failed Experiment, comes as Tifa heads up the staircase to deal with some mobs. Have Tifa take out the mobs on the stairs and bridge, whilst keeping an eye out for it's Fling and Demolish abilities.

The Failed Experiment has a weak point that you can target called Appendage. It's easier to lock on with Barret than Tifa. Watch out for it's Toxic Volley attack (use containers to dodge it) and it's leap skill which if you get hit deals tons of damage.

If you cripple the Appendage, the boss goes down for ten or so seconds and exposes it's Heart. You'll want to damage this as much as possible.

The second phase begins after you cripple the Appendage; more Unknown Entity mobs will spawn and the Failed Experiment will continue to throw it's own mobs at you with lightning. It can switch between Defensive and Voltaic Action modes; however just focus on it's Appendage to cripple it once again.

Once it goes down for the second time, have Tifa attack the Heart with her combo attacks to wipe it out.

After the fight, you can have Barret make a hole in the wall to see a glimpse of more Shinra Experiments. However, before you get a chance to breathe, those hooded ghost figures end up taking you out of the underground facility and back at Sector 7.

Follow Barret as he carries Wedge out of the ruins.

And that wraps up Chapter Thirteen of Final Fantasy VII Remake. We're getting near the end now!