Final Fantasy VII Remake - Nuisance In The Factory Side Quest Nuisance In The Factory is a side quest in Final Fantasy VII Remake that becomes available in Chapter 3.

Players can take on this optional side quest in the Sector 7 Slums from the Junk Dealer NPC. 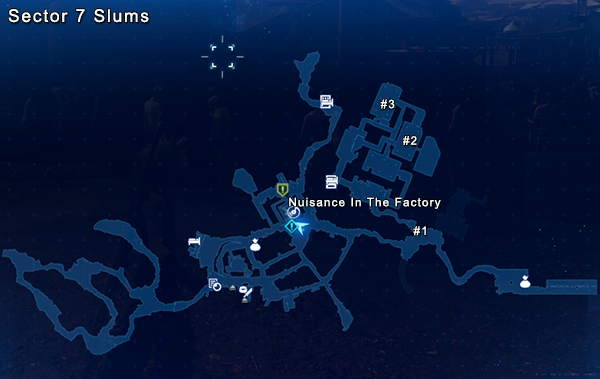 The Junk Dealer NPC says there has been some trouble up at the old factory in the Sector 7 Slums. You can find him hanging out in a metal shed (or use the map above for his location). 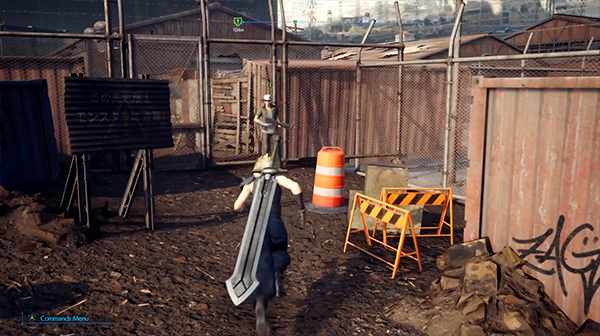 The Abandoned Talagger Factory (#1) that he asks you to investigate is located a little way outside of the main area in the slums. A guard named Narjin will be outside a metal fence but will now allow you to enter after accepting the quest.

The area is filled with mobs that respawn, so it's a decent spot to grind out EXP. The mobs are called Gorger and are weak to Ice Materia. They have a Feast attack that will bind you in place, so be ready to switch characters when this happens. 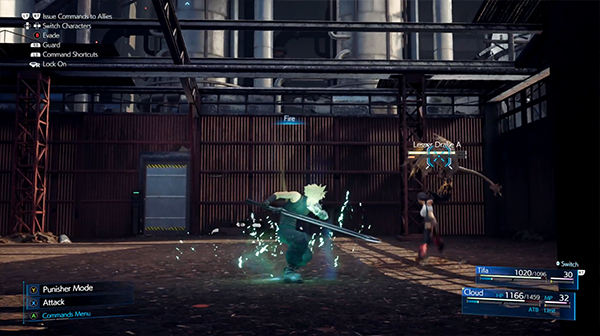 You're hunting the mobs Lesser Drakes, which can be found inside the Factory Buildings marked #2 and #3.

Lesser Drakes are weak to Wind Materia, however, you can also use other magic attacks on them to stop them from flying out of reach and ground them, making them easier to take down.

Once you take them out, return to the Junk Dealer for your Reward.