Final Fantasy VII Remake - On The Prowl Side Quest On The Prowl is a side quest in Final Fantasy VII Remake that you can complete when in Sector 7 Slums during Chapter 3. 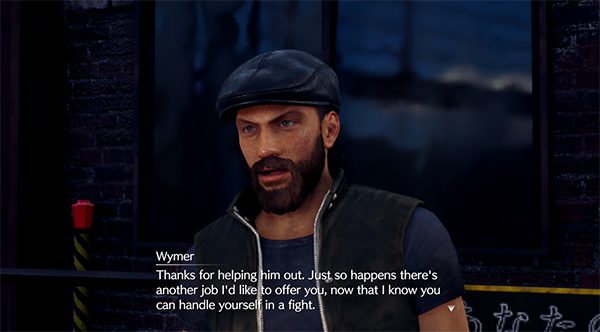 This quest only becomes available after you have completed the quest A Rat Problem. Once completed, you should seek out Wymer (next to Chadley) in the Sector 7 Slums. 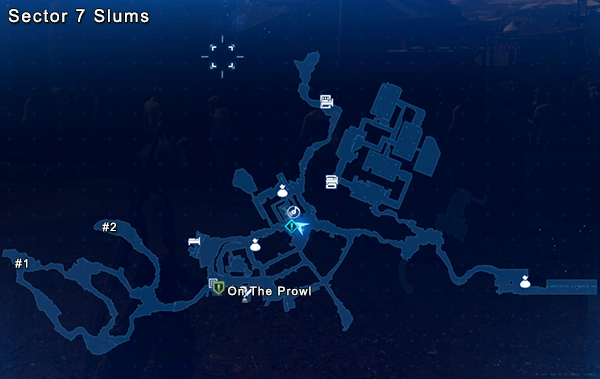 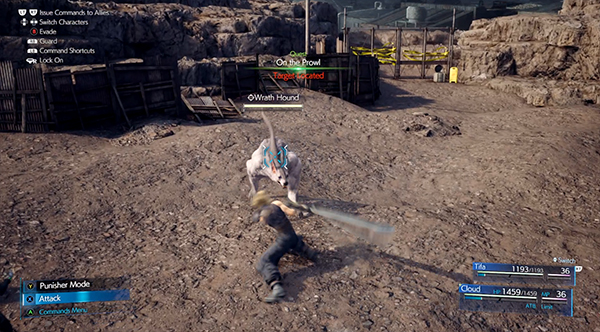 There are two encounters with the Wraith Hound that you will need to win in order to complete On The Prowl quest. 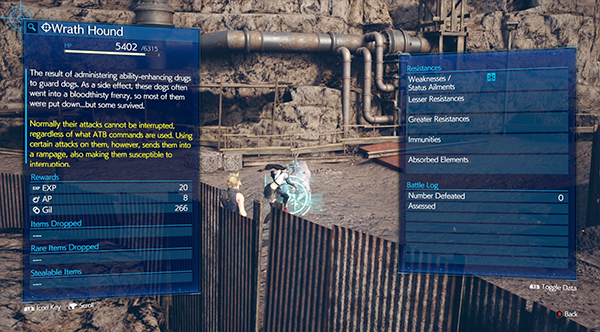 If you use your Assess Materia, you'll figure out that the Wraith Hound is weak to Ice Materia.

The Wraith Hound is very agile and moves around a lot, so you'll want to have Cloud in standard attack mode, building up his ATB for Blizzard attacks. Tifa is very agile herself, so controlling her for combo attacks is not a bad idea. 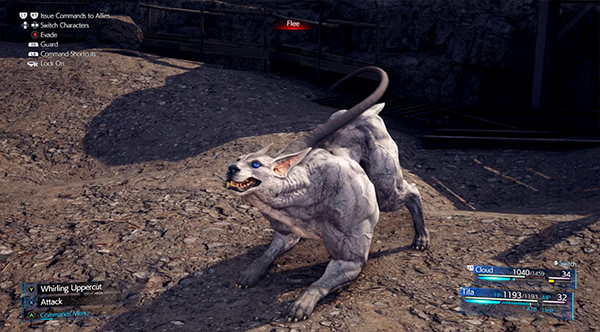 Once you get the Wraith Hound's stagger bar up to 100%, it'll Flee to point #2 marked on the map above.

The second time you face Wraith Hound it'll have a few more attacks, including Throat Clamp. This is a bind attack, so you'll want to switch characters whenever you get caught in this move.

You'll want to make sure you've got some Healing Materia on both characters as Wraith Hound can hurt you quite a bit. Blizzard Materia will knock it down for a few seconds, allowing Cloud to get in a few Braver attacks or using Tifa's Divekick.

If you manage to Stagger Wraith Hound, it'll be a quick and easy fight. Head back to Wymer once completed.