The Future Of Coromon - Interview with the Developers! Read our exclusive interview with the Coromon Developers about the future of Coromon games and what is to come in the next updates.

I want to say thank you to both Marcel & Jochem of TRAGSoft for giving DigitalTQ this interview. They are the brains behind the Coromon game and it was super interesting to hear their take on what the future of Coromon looks like.

Take a look at our Coromon Walkthrough page for a good idea of what the game is all about.

Coromon Interview with Marcel and Jochem

Q: Congratulations on releasing Coromon; it is one of the best games we've played in the last couple of years. Can you tell us a bit about how you got from the initial idea in 2014 to the release of the game? What were your biggest challenges in getting the game out?

Thank you! We're very proud of what we've created.

The initial idea started back in 2014. Both Jochem and I grew up with Gameboys, and later the Nintendo 64. The games on these platforms sparked a flame of passion for adventures and RPGs. We fondly remember playing the Gameboy together with our friends, getting pulled into the story and exploring the awesome worlds those games offered.

Some 8 years back, we felt like the games nowadays lacked something, that spark that ignited our passion. We wanted to bring back that nostalgic feeling of a grand adventure that you can share with your friends. And that's how Coromon was born.

The biggest challenges we faced was standing out. Back when we started, there was Micromon and Evo Creo that had a game released in the monster taming genre. Nowadays there's a lot more of them! But how can you still stand out, while still keeping that nostalgic feeling of the genre.

We spent many days just thinking, and brainstorming new mechanics. Implementing them and throwing them out again. By going through multiple iterations we finally reached a spot where we were happy with our game.

Q: What was the atmosphere like during the run up to the release window? We know about the Switch delay, but was there ever a concern about the Steam release?

It was chaos! We were aware of the March release date some time back, but we didn't realize soon enough that this meant that the game had to be ready more than a month early for press releases for example.

We had many 70 to 80 hour work weeks, and the final patch and testing was done a few hours before the Steam release.

We knew we would hit the Steam launch date, it was mostly a matter in what state the game would be. We wanted to put in as much polished content as possible.

Q: Will Coromon have post-release updates to expand on the original story or any new features?

Yes! Due to the stress for the release window we had to scrap some things from the game, or rush some parts. For example we're not really satisfied with the ending part of the story. We want to improve that in a later update. We also had to cut out the offline endgame. People can already fight each other in online battles, but we're already working on something to keep players entertained without having to go online. A game mode which will be refreshing and challenging each time the player takes it on.

We also plan to add more Coromon and content like side quests over time, and are constantly monitoring bug reports and feedback from the community.

Q: What does the future hold for Coromon? Do you see potential sequels being released with new species of Coromon added?

We'd love to do a sequel! We already have plans of how and where the game would take place, which also opens possibilities to add new and unique Coromon.

But before we start on any sequel, we want to have this first game in a stage where we're happy about it.

Q: For other Indie Developers who see the successful release of Coromon, what would you say is the key to creating a well-polished game?

We keep raising the bar for ourselves and improving. Now and then taking a step back and consider "Is this still good enough? Is this what we want?" If not, we throw it out and start over. 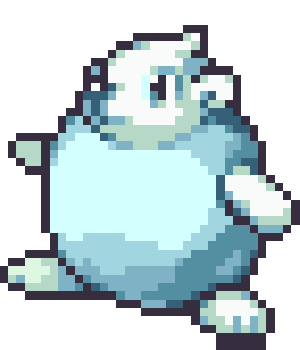 We've had about 10 variations of the prologue, each with a different town to go with it. Another example are the Coromon sprites themselves. At first they weren't even animated. And now, none of the sprites from the very first batch remain. They have all been polished and improved. Or scrapped if they weren't up to par any more.

So I would say that's the key to a polished game. Keep raising the bar for yourself and don't be afraid to scrap parts of the game and start them over.

Q: If there was one feature or element of Coromon you could change, what would it be?

As said before, the ending of the story is something we would like to change. And the content we had to scrap to meet deadlines, we'd like to see that in the game as well. And that will definitely happen in future updates! Other than that we're quite happy with our features and mechanics.

Q: Can you see Coromon always using the same pixel-like JRPG style, or would you like to evolve the game design going forward? 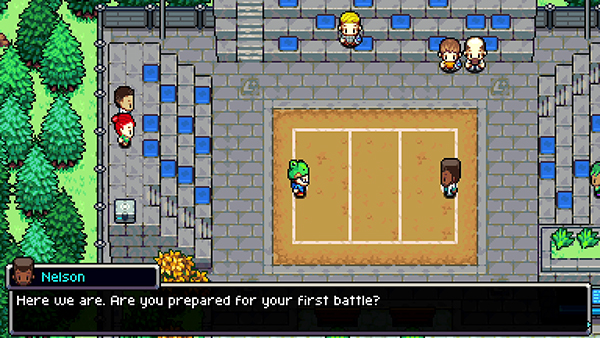 We specifically chose for this style to bring back the nostalgic GBA-era feeling. Pixelart can sometimes be limiting, especially since we support screens with small resolutions, but we plan to stick with this style for the foreseeable future.

Q: Cross-platform play and online features are featured in Coromon, can you see a competitive community being developed for the game with tournaments and other events?

Definitely! In our Discord server there's already an active competitive scene, some more experienced players also help us with balancing the Coromon and their skillsets.

We've made it so players can set up a lobby which another player can join, so tournaments are definitely possible. That same competitive scene already mentioned setting up tournaments.

Q: There were several changes made from the Demo version of Coromon to the release version, notably the cutting of the number Coromon being available. What were the reasons behind reducing the amount of Coromon in-game?

This is because we scrapped some Coromon which we were not happy with. Like said before, we keep raising the bar for ourselves! We do plan to add more Coromon over time, so players won't have to worry about a lack of Coromon to choose from.

Q: Are there any other upcoming Indie games you guys are looking forward to playing yourselves?

One game that's on our radar is Quartet, an upcoming JRPG by Something Classic. They also work with pixelart reminiscent of the older JRPGs, and their previous game Shadows of Adam was also very fun to play!

Thank you again to Marcel & Jochem and we look forward to those Coromon Future Updates!