New Pokemon Snap - How To Find Mew (All Stars) Finding the Mythical Pokemon Mew in New Pokemon Snap is quite easy but figuring out all of the key interactions for four star ranks can be a little tricky. This guide will show you can to get Mew to appear in New Pokemon Snap and all the different poses you need to get in order to unlock the four different ranks, including four-star Diamond Mew.

This is the #060 Pokemon in the New Pokemon Snap Photodex.

How To Find Mew in New Pokemon Snap

Mew is found in the Founja Jungle (Night) course. In order to get him to show up, you need to spin around at the beginning of the level and play the music from your Camera.

This will cause an Psychic Orb to appear and it will float around in mid-air as you travel through the course. In order to actually get Mew to appear from the orb, you need to throw a Fluffruit at the orb. Mew will only appear for a couple of seconds each time, so it's best to have the Burst Camera equipped to help get those quick shots and set to 6 shots.

There are several unique interactions you can get with Mew in order to obtain all the four ranks. Mew is part of the secret Legendary Pokemon available in New Pokemon Snap

You can hit Mew up to three times as a Psychic Ball. 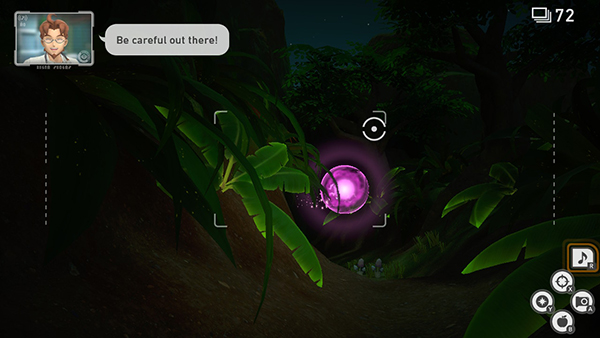 The first is right at the beginning when you summon him with music. 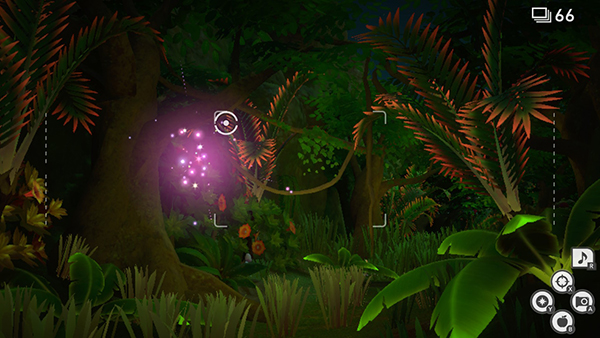 The next interaction comes just before you come to the Tall Grass alternative route. 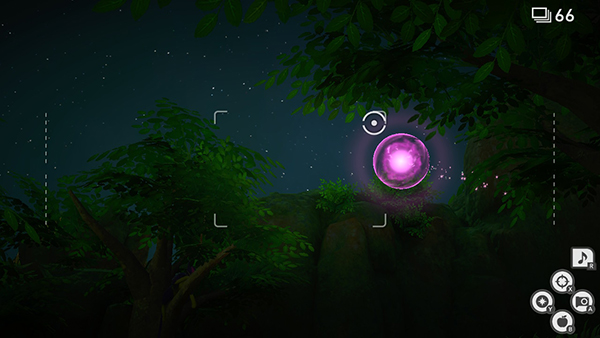 The third comes before the bridge; just after you pass the Tall Grass alternative route to where Leafeon runs off to. Mew will appear from the right and fly across you into the trees and then behind you. 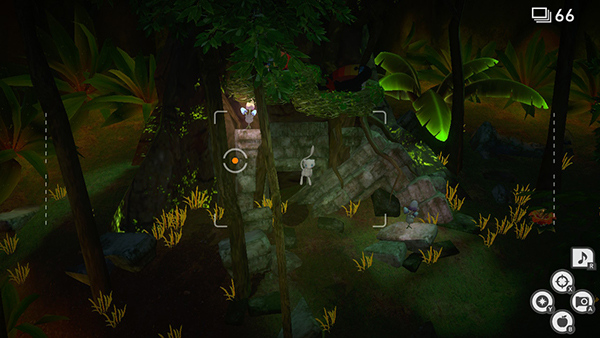 Hitting Mew three times with the Fluffruit will allow him to spawn just below the Ancient Ruins when you cross the fallen tree trunks. He will then also appear just as you enter the last zone right in front of your face, doing dances and spins. 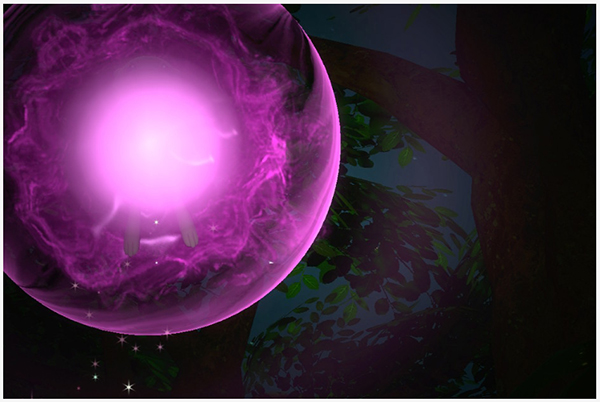 1-Star Diamond Mew can be gotten by taking an up-close picture of Mew when it's in Orb form. The size of the Orb will help tip you into Diamond territory so practice locating where Mew's orb is going to spawn and zooming in with 6-burst shots.

If you take multiple shots of Mew, when you're interacting with Professor Mirror and reviewing them, make sure to only select the 1-star shots. Sometimes Professor Mirror will prioritize your 3 stars over 1-stars etc.

You can also quit the course early once you have gotten your shot. 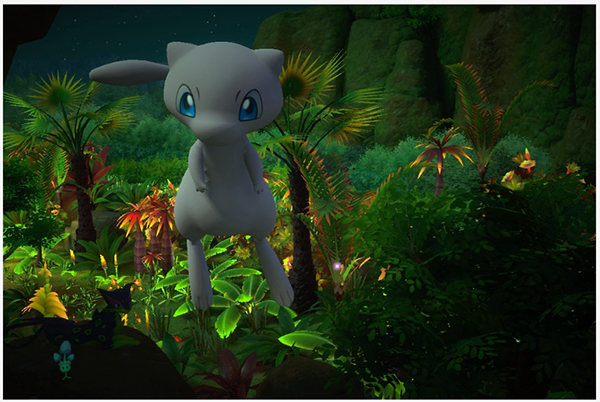 2-Star Diamond Mew is quite easy to do and will likely be the first picture you get of Mew. As soon as you hit the Psychic Orb with a Fluffruit, snap a good close-up of Mew to get the 2-star picture. It might take a few times in order to get Diamond, but it's usually quite easy to get. 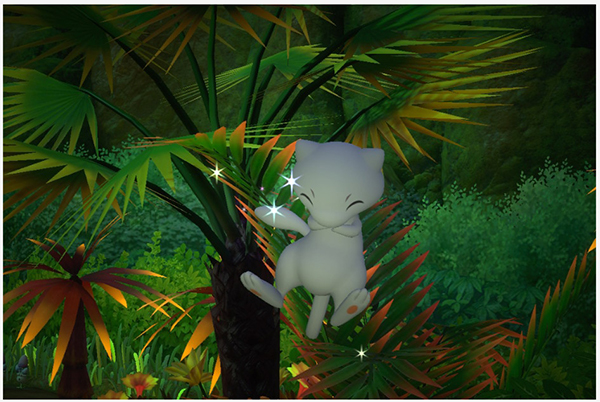 3 Star Diamond Mew can be gotten when Mew is giggling in mid-air as the last interaction. After he first appears, Mew will fly off slightly and then turn around and do a spin in mid-air before curling up into a ball. 4-Star Diamond Mew can be gotten when he spawns in front of your just before the last area in Founja Jungle. He appears for a good 5 seconds, allowing you to get lots of close-up shots. Mew will not spawn unless you have hit him three times with Fluffruits during the Psychic Balls at the beginning of the map.

Other Mew Tips and Tricks

Mew will start appearing in the Founja Jungle (Day) course when you have snapped him at 4-star position in the Night course.

Research Task Myth Of The Jungle

The Research Task Myth Of The Jungle requires you to get a photo of Mew eating a Fluffruit. This can be accomplished in the Founja Jungle (Day) mode.

Mew starts appearing in the Day version of Founja Jungle after you have gotten the 4-star picture in the Night course.

Once Mew starts appearing in the Day version, you need to hit him in four locations with an Illumina Orb. If you miss any of the locations, you won't be able to get him to eat the Fluffruit. 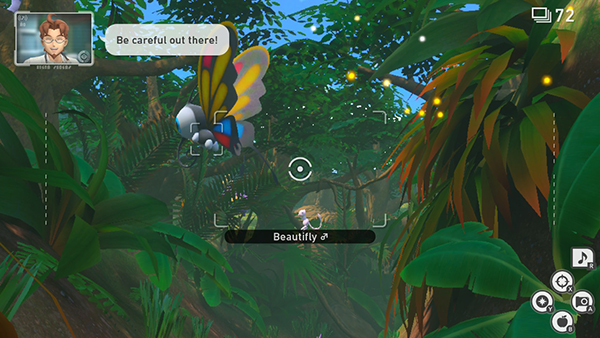 Mew first appears at the beginning of the course in front of you. 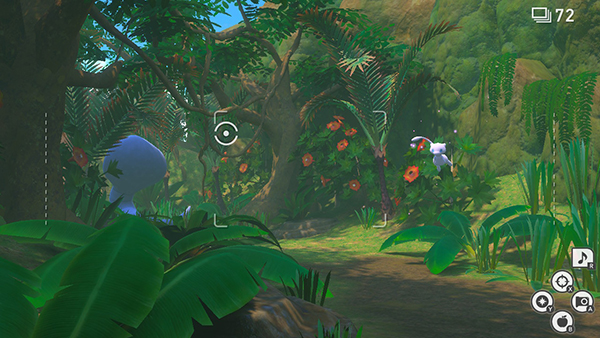 The next position is behind you to your right after you go past the Tall Grass alternative route. 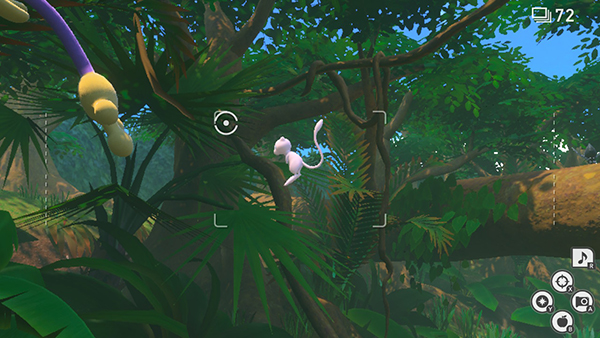 The next spot is where you go across the fallen tree trunks (where Ancient Ruins are below you). Mew will float past you, so be ready to get him with the Illumina Orb. 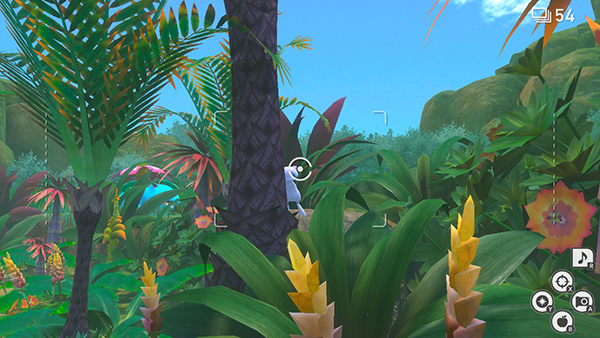 The final spot is towards the end of the map, just where the Venasaur is hanging out.

Once you hit him with the Illumina Orb, throw some Fluffruit on the floor for Mew to eat and take a snapshot.