New Pokemon Snap - How To Find Manaphy (All Stars) 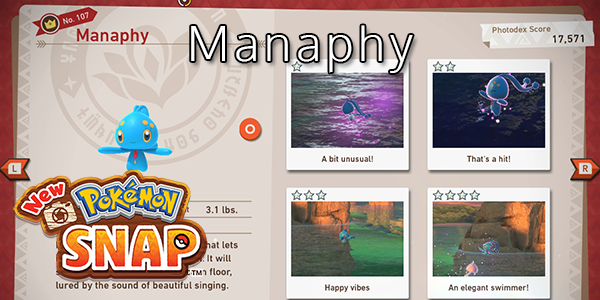 Manaphy is a Legendary Pokemon in the New Pokemon Snap game that you can take snaps of as soon as you have completed the main storyline. There are two methods for finding Manaphy, but only one of those methods allows you to get the rare 4 Star Diamond Shot for your Pokemon Photodex. This guide will show you how to get all four ranks and stars, including which poses you need.

Manaphy is one of the Legendary Pokemon you can find in New Pokemon Snap after completing the main storyline.

This is the #107 Pokemon in the New Pokemon Snap Photodex.

How To Unlock Manaphy in New Pokemon Snap

There are two methods for unlocking Manaphy; both of them require you to play the course Maricopia Reef (Evening) at Research Level 2. The first method does not allow you to get a 4 Star Photo: 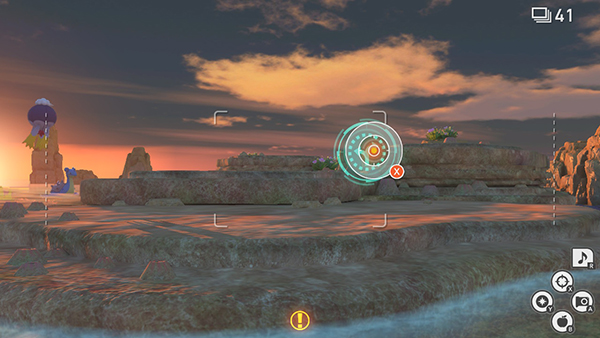 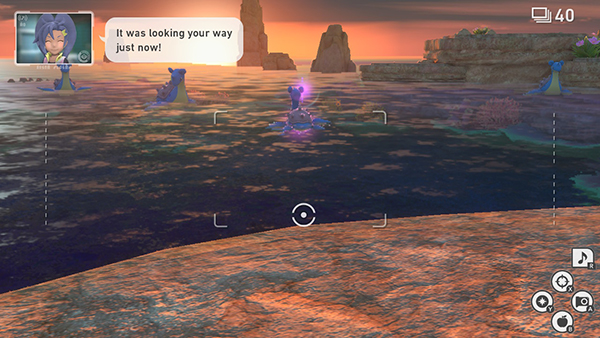 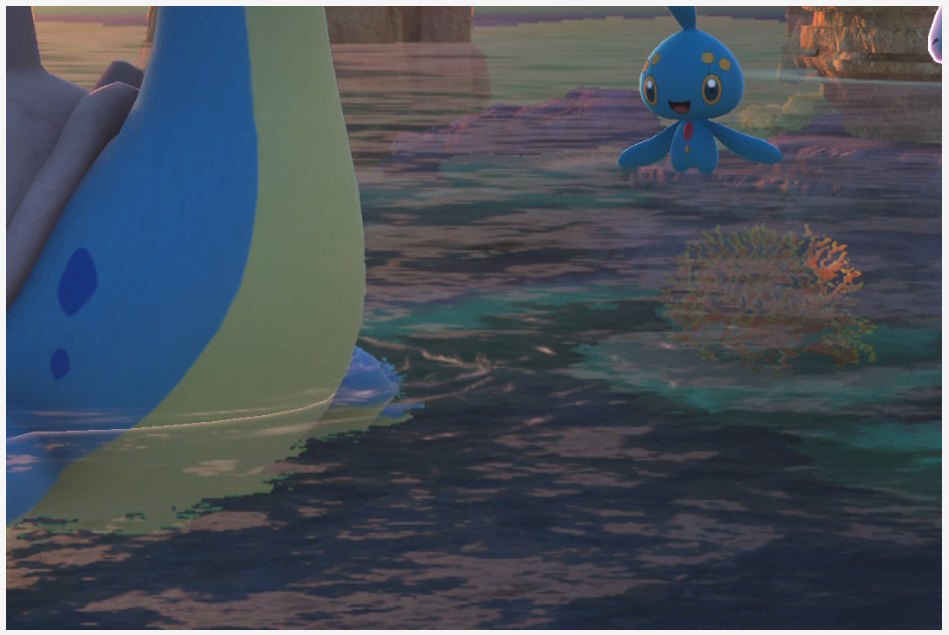 The other method requires you to perform a few tasks before Manaphy shows up. 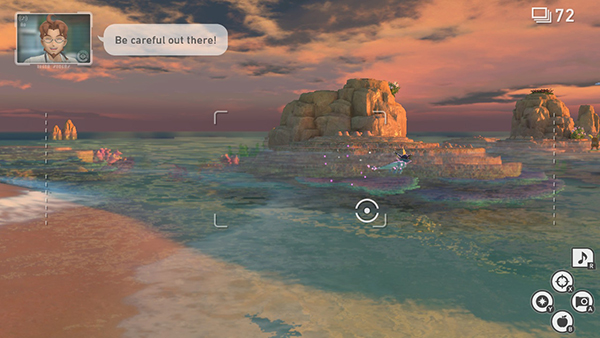 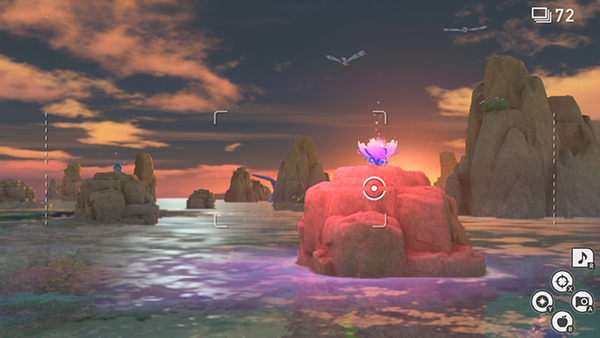 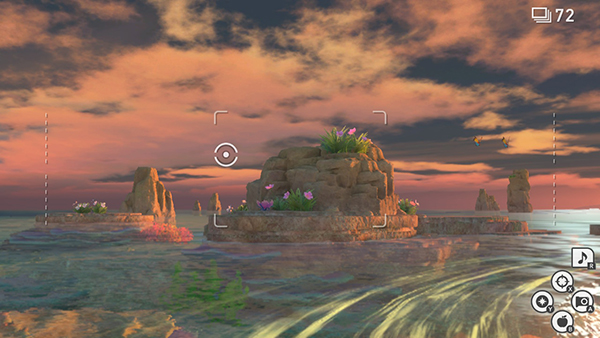 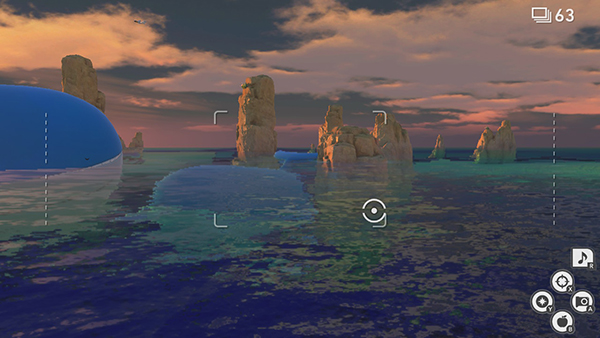 Here is a how you get the specific Manaphy Diamond Rank Pictures for your Pokemon Photodex. 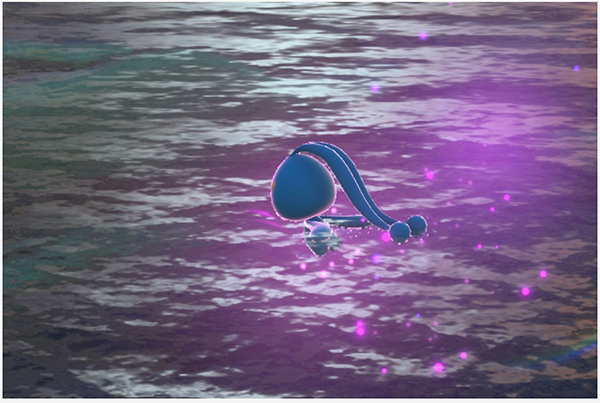 For 1 Star Diamond Manaphy get a good centered shot of Manaphy in the water swimming. The closer the better. 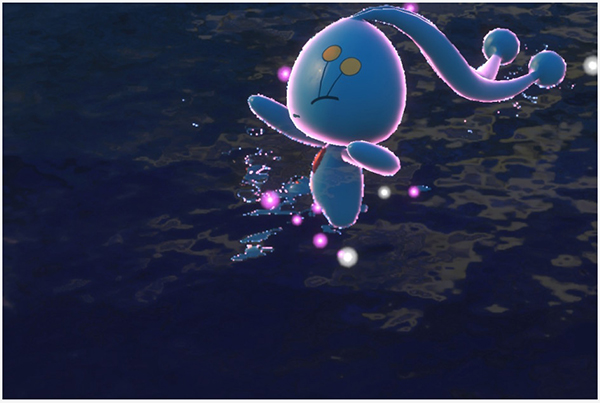 2 Star Diamond Manaphy requires you to throw a Fluffruit at Manaphy and capture it looking hurt for the 2 Star Diamond. 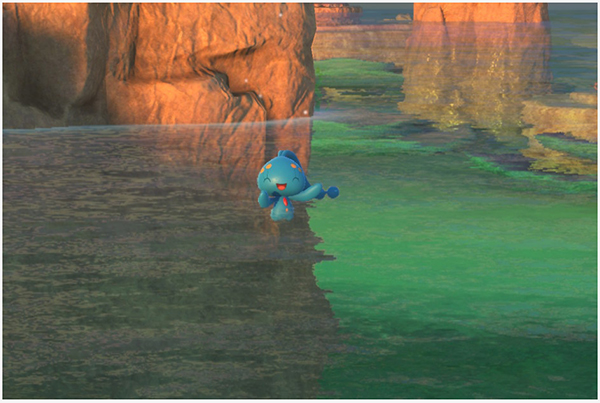 For 3 Star Diamond Manaphy, again throw a Fluffruit at Manaphy and get a shot of him eating it for the 3 Star Diamond. Be careful that the other Pokemon around Manaphy don't eat it first (so throw several Fluffruits!) 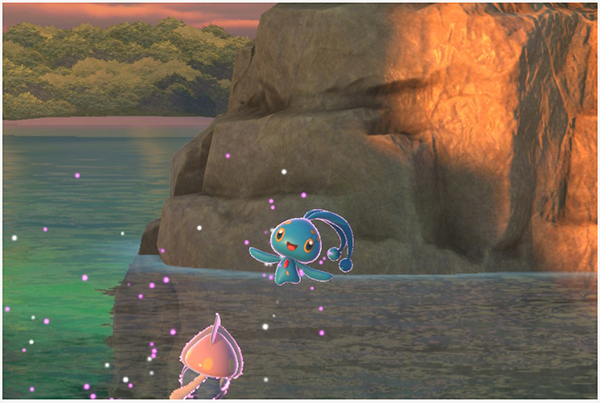 To get 4 Star Diamond Manaphy you need to use the second method of getting him to show up. First throw an Illumina Orb at Manaphy and as you get closer, play some music. Manaphy will then do a jump into the air and this is where you need to get a good shot for the 4 Star photo.

Myth Of The Sea

Myth Of The Sea is a Research Title that requires you to get a shot of Manaphy in New Pokemon Snap. The rank doesn't matter. 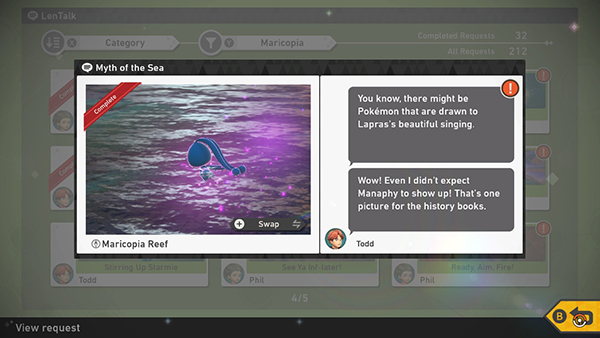