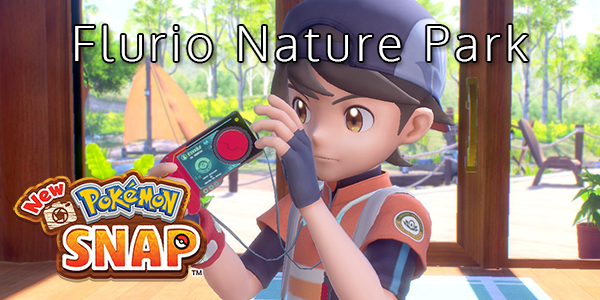 In this section, you'll be introduced to the tutorial levels of New Pokemon Snap, as well as take a look at Florio Nature Park.

As soon as you start a new game of New Pokemon Snap you'll be asked to create an avatar. There's several different options to choose from- this cannot be changed later so make sure you pick the one that best represents you. 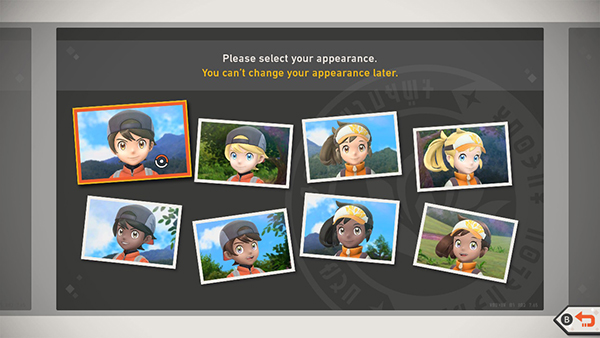 You'll then be introduced to Professor Mirror, who is head of the Laboratory Of Ecology and Natural Sciences (L.E.N.S) - whatever that means! You'll also get to meet his Research Assistant Rita. They give you a brief introduction of the Lental Region and that they are currently based in the Florio Island.

The story goes that Professor Mirror wants to create his own survey of the Lental Region, picking up after Captain Vince did it hundreds of years ago. 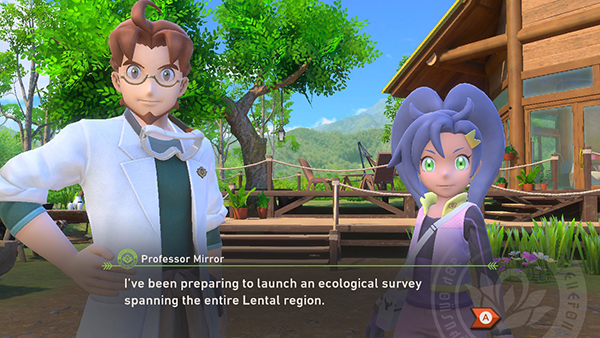 After a bit of back and forth between Professor Mirror and Rita, you'll be taken to the lab. You'll be given your camera and a small tutorial on how to use it. If you go to the Settings menu you'll be able to increase the sensitivity of the camera to allow you to take snaps much more easily.

Now that you've got your camera, it's time for a quick rundown of how New Pokemon Snap plays out.

The game is all about going through the various areas in New Pokemon Snap and taking pictures (obviously). You go on pre-determined routes through several courses. These courses change over time, with new Pokemon interacting in different ways, usually changing based on your course level. You'll also get upgrades and new tools to use in these courses that will allow you to get new Pokemon poses.

Each Pokemon has a category of pictures you can snap. There are four slots for 1 Star, 2 Stars, 3 Stars and 4 Stars.

When you snap a Pokemon, the photo is ranked from 1-4 stars. You can also get either bronze, silver, gold or diamond stars for your photos. The rank is based on your photo score, which combines the following:

Usually, you will be rewarded more stars based on unique poses of the Pokemon. These poses are not always immediately available- you will have to play courses several times for a chance of the Pokemon being in these poses. By ranking up your course's Research Level, you will gain access to new poses. 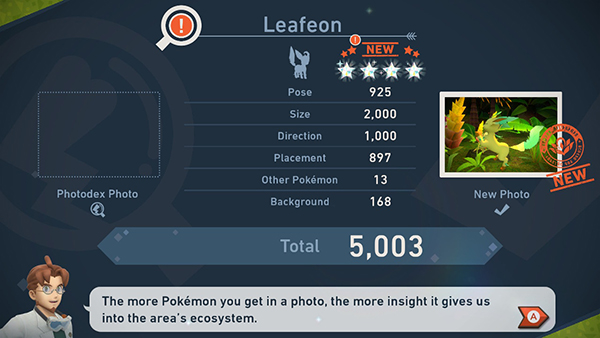 All pictures you take go in your Pokemon Photodex, which is a collection of all the Pokemon you've managed to take a picture of. When you get a better rank of star for that category, it will overwrite the picture. Your ultimate aim is to get all the diamond star pictures.

Completing and unlocking the various stars will give you new research titles as well as upgrading your courses research level. 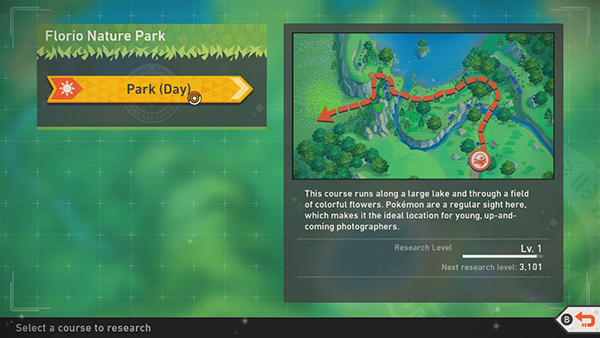 After having your tutorial photos analyzed by Professor Mirror, you get your NEO-ONE. This is a type of vehicle that will take you through the courses and allow you to take photos of Pokemon. Now it's time to hit up the first course: Florio Nature Park.

Now's the time to start snapping away! You get 72 shots each time you run through the course. If you run out of shots, the course will end early.

When it comes to having your photos reviewed, you can only pick one shot of each Pokemon (so if you took seven pictures of Dodrio, you must select the best shot) to give to Professor Mirror to evaluate.

Going through all your photos can be tiresome- luckily New Pokemon Snap gives you the ability to select the best photos you've taken automatically by pressing the - button.

Each course has it's own Research Level assigned to it. You get EXP based on the amount of new snaps you capture; these new snaps might be a better ranked photo, a new pose you've never gotten before or even a brand new Pokemon. You don't get any EXP for snapping the same Pokemon or snapping a picture that is of lower rank than ones you already possess.

After your first run through of the Florio Nature Park (DAY) course, you will then go back to the Research Camp to speak to Professor Mirror. After a short cutscene, you now have a bit of freedom and access the main menu.

Here you can select:

Select Research. Before you go, Professor Mirror has one more tip for you. You unlock the Scan ability, which will scan the immediate area around you, highlighting Pokemon and unusual areas in the map. The Scan can also make Pokemon react and allow you to get unique new poses.

Your first task is to get to Research Level 2 in Florio Park (DAY). Once you reach level 2, you'll unlock your first Night time course!

Professor Mirror will talk to you about the rare Pokemon who create the Illumina ability. You'll be able to see some Pokemon in the Night time course have a special glow.

After you do your first Night time expedition, you'll return back to the Research Camp with Professor Mirror discovering a new burst of energy. They believe they've found an Illumina Pokemon!

You'll have unlocked the Illumina Spot in Florio Nature Park.

Progression Task: Go and complete the Illumina Spot course next! 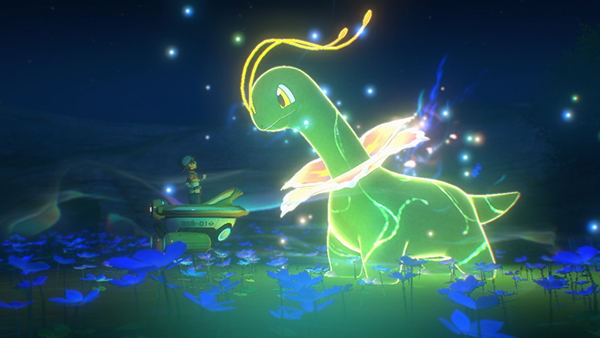 You'll be able to snap the Illumina Meganium Pokemon. The course is rather one-dimensional for your first visit.

After you run the course, Rita seems to suggest that the Illumina Pokemon saved the Lental Region from a huge disaster long ago.

You'll also be asked to join the Lental Region Research Team! You don't really get a choice in the matter, but you unlock some new profile badges and stickers.

That wraps up the first part of the New Pokemon Snap Walkthrough!