New Pokemon Snap - How To Find Jirachi (All Stars) 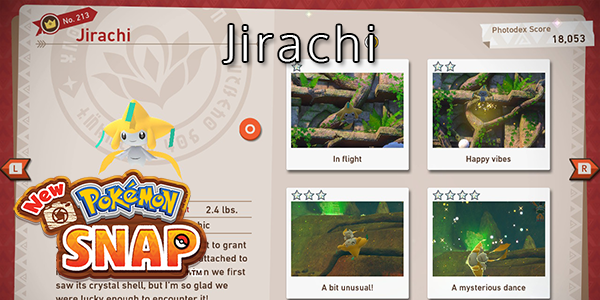 Jirachi is a Legendary Pokemon in New Pokemon Snap that unlocks directly after completing the main story quest. Jirachi is from the third generation of Pokemon and made it's debut in Ruby and Sapphire.

In New Pokemon Snap, Jirachi is one of the easier Legendary Pokemon to snap but getting all four diamond stars of Jirachi might prove tricky- luckily this guide will help you get the perfect shot!

This is the #213 Pokemon in the New Pokemon Snap Photodex.

How To Unlock Jirachi in New Pokemon Snap

Jirachi is hiding out in Ruins Of Remembrance and will come to greet you right at the beginning of the level. All you need to have done is made sure you have completed the main story of New Pokemon Snap. You can use our New Pokemon Snap Walkthrough if you're having trouble.

Jirachi initially appears at the beginning of the level, flying down from some Ancient Ruins. If you throw an Illumina Orb at Jirachi, he will spin around and fly off again.

You can next find him asleep a top of one of the statues deep inside Ruins Of Remembrance where the Elevator Of Light is.

Here is a how you get the specific Jirachi Diamond Rank Pictures for your Pokemon Photodex. 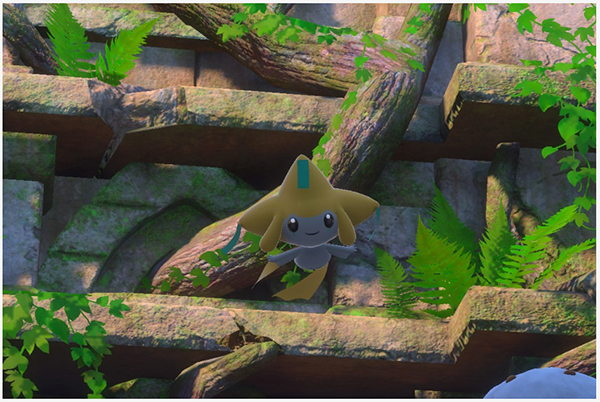 1 Star Diamond Jirachi is quite easy to get. You just have to capture a perfectly centered Jirachi during the beginning stages of Ruins Of Remembrance. You don't need to throw anything at him- just let him glide down to you and slowly over you. The burst camera is great for this shot.

When reviewing your photos, make sure Professor Mirror only looks at your 1 Star Photos. 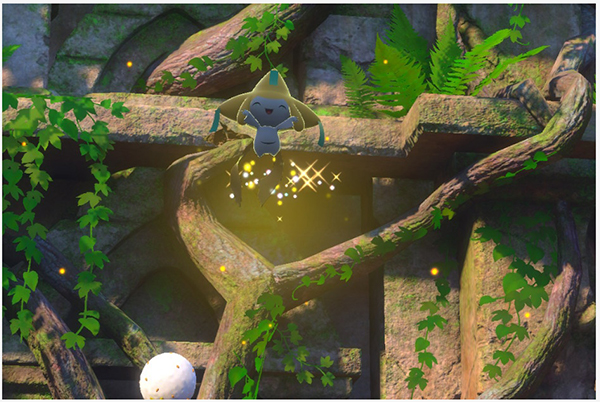 2 Star Diamond Jirachi requires you to throw an Illumina Orb at Jirachi as soon as he comes down towards you. Jirachi will spin and do a cheer- this is when you need to capture the shot. The animation is very fast- so having the burst camera is great for this picture. 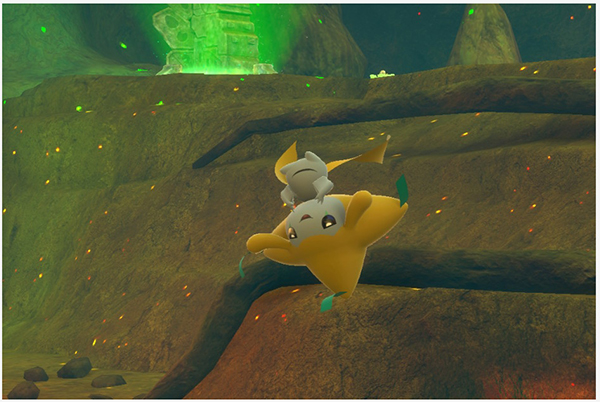 3 Star Diamond Jirachi requires you to unlock the Elevator Of Light by throwing Illumina Orbs at all the Crystalblooms deep within the stage. If you need help figuring this out, use our Ruins Of Remembrance page for their locations.

4 Star Diamond Jirachi is exactly the same as 3 Star Jirachi only with one final step. After you've unlocked the Elevator Of Light and Jirachi has flown into it and is now by your side. Play music once again and this Jirachi will perform another dance and this allows you to get the 4-star photo.

Myth Of The Ruins Research Title

The Myth Of The Ruins Research Title requires you to get a picture of Jirachi performing his wish pose. This pose is the same pose for the 4-star Diamond picture above. It is possible, however, that if you get 4 stars without getting Jirachi in the same shot as the crystal, you won't be awarded the title. The title was only granted to us with 4 star Gold ranking. 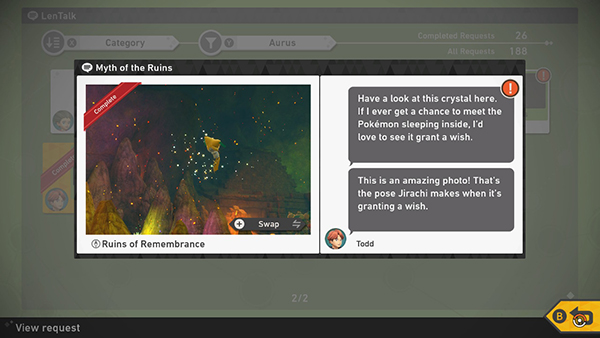