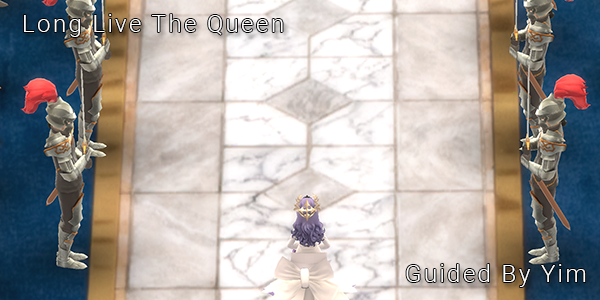 In this part of the Walkthrough we enter the Mecha Infestation - Center area where a shadow Vam is hanging out.

To access the Mecha Infestation, you must have completed Zinikr's Echoes Of The Sandseas Story Quest. Then take the Uzra to the blocked area by Mecha Infestation and interact with it. This will cause a cutscene in which the infestation is removed, giving you access to two new locations. 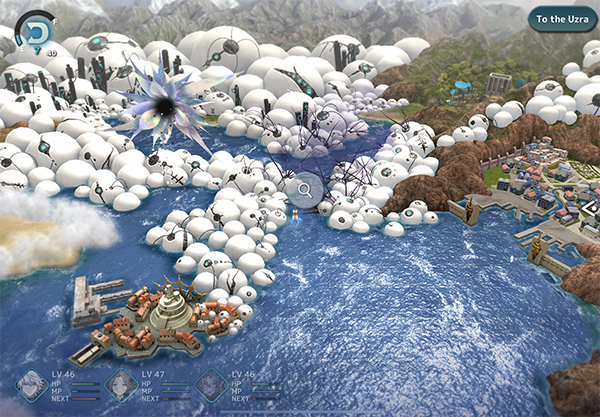 You'll want to head to the left of the path towards Mecha Infestation Center.

This Story Quest is called Guided By Yim. It is automatically given to you once you complete Zinikr's Echoes Of The Sandseas Story Quest.

There is a mechanic in this area which causes you to lose your health drastically. In order to prevent this, you must complete the side-quest Researcher, Cont'd, which you can see on our Fantasian Quests page of how to do.

Once you have the Mech-Reduction Device from the side-quest, it's time to press on! 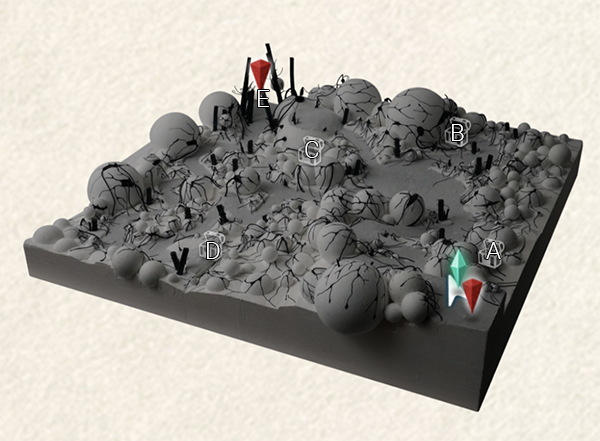 Location: Heart of the Infestation - Boundary

Here you can find Treasure Chests that are locked with Mechteria Keys (they drop from mobs in this map). You can find:

Head towards (E) to go to the next map 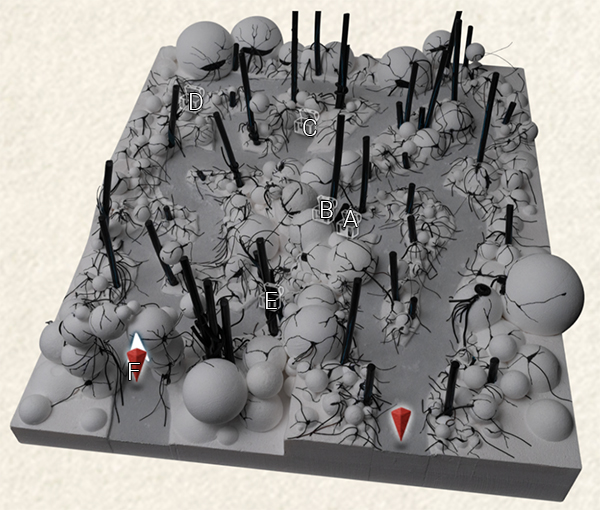 After a short cutscene about Order and Chaos, press on to find these Locked Treasure Chests:

Eventually, head to (F) to go to Heart Of The Infestation - Depths. When you see a save point, you know what time it is... 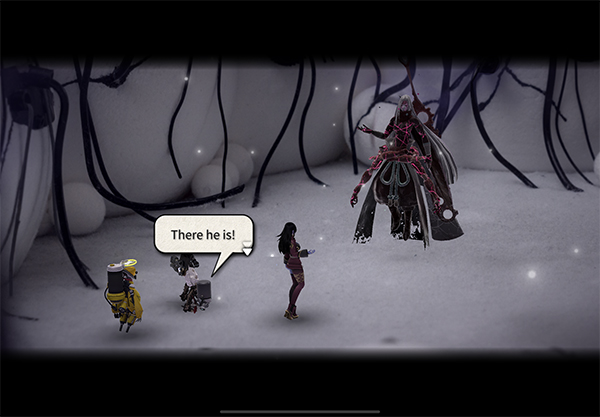 Vam is back and has pretty much the same mechanics as the last time we faced him. He has a single slash attack, and then that powers up into a Triple Slash Attack. It's not too deadly when you cast Attack Down on him.

He can occasionally cast Slow and Dimensional Distortion which puts attack down and guard down on the entire party.

He will then start casting Rain Of Blades, where you need to destroy the swords. You can survive his attack with one sword left; have Valrika use Arrow Rain (fully buffed) to take out the majority and Leo can take out two with his Fire Slash skill. Have Ez make sure everyone is Quick All and Attack Up during this time.

When Vam gets below half HP, he'll start using Rain Of Blades more frequently. This is a good time to save up Tension Skills to wipe out the blades - or you can switch to a party of Guards (Kina, Zinikr and Leo) if you have them all on their Growth Map.

After the fight, Valrika upgrades her Divine Artifact!

You can also read some more of Vam's story by going up to the shiny floor loot left behind.

By now you should be around Level 48 and that is the perfect time to take on Cheryl's story quest Long Live The Queen. 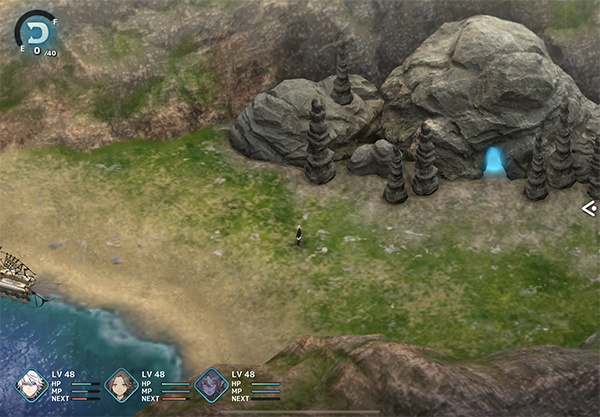 We need to head to Blue Grotto, which is on the right side of the World Map; you can access it via the Uzra. 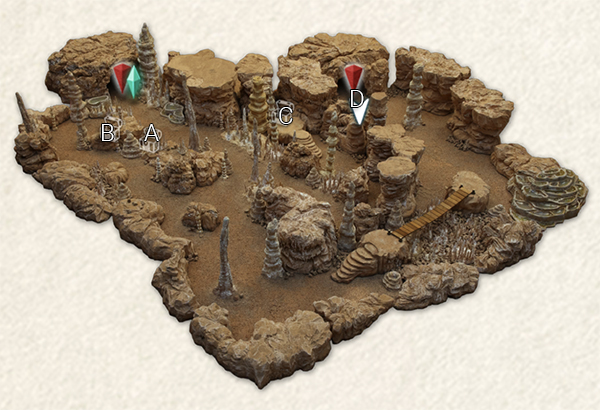 Once inside, pick up the following items from the Treasure Chests: 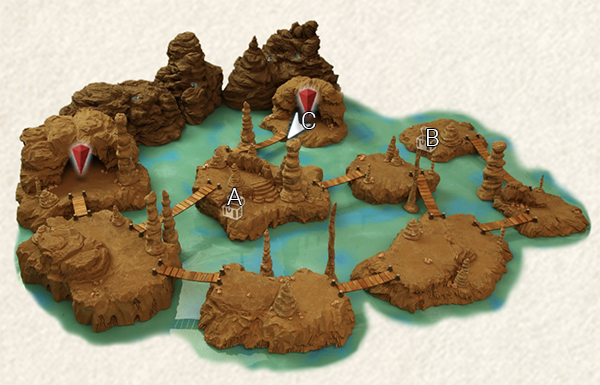 Head towards (C) Blue Grotto - Ancient Shrine and prepare for the next boss fight. 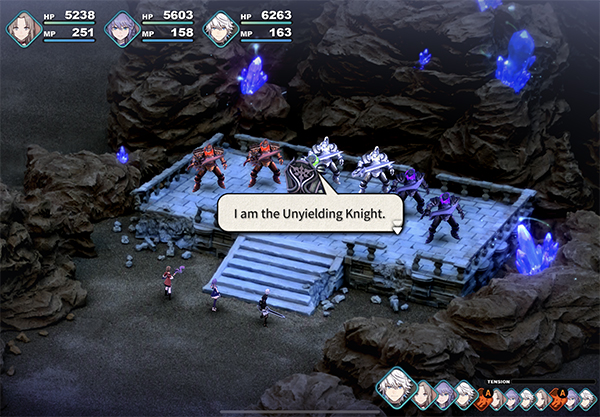 Because this boss has such low HP, we can actually ignore the Elemental Knights for the most part. This fight is a lot easier if you equip two Blue Quartz to Cheryl and Kina (this will prevent the Elemental Weakness Debuff given to you each round).

Have Ez cast Quick All and Attack Up and use Kina to either take out any Darkness Mobs (with Holy) or cast Barrier + Heal. Always use Cheryl's Knight Impact to damage the boss.

Stick with the same party with Ez keeping Quick All and Attack Up all on everyone.

This fight requires you to monitor the health of all three mobs, so have Kina cast Analysis to know what HP the mobs have. If any of the mobs die, they can be resurrected by another mob. So the key to this fight is to defeat all three at once.

The Ancestral Knight will switch between modes, where their elemental weakness shifts. At the beginning, Physical damage only applies, so have Cheryl continue to use Knight Impact and maybe bring in Tan if you have spare moves. You'll want Kina to be using Heal All and Barrier All to help stop damage.

Slowly chip away at their HP. Once they are all below 5K HP, use Tan's Tension Skill to wipe all three out at once (make sure the Elemental is Physical). 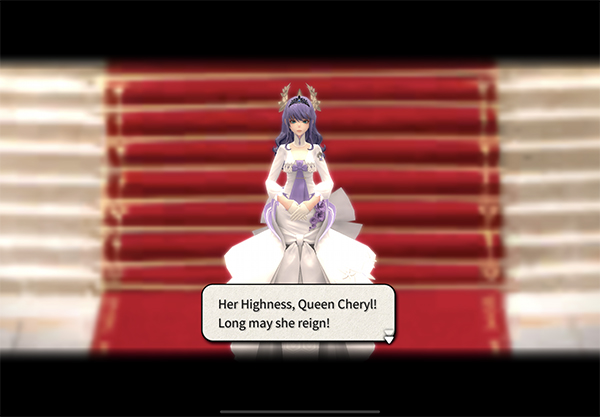 Afterwards, Cheryl becomes Queen and you get to watch the ceremony.

There is only one more Divine Artifact to upgrade and that is Ez. In the next guide, we'll also complete some of the main side quests before heading off to the God Realm. Let us know what you thought of this part of the Fantasian Walkthrough and any tips in the comments!