The next part of your journey is to head to the Southern Forest Kena mentioned. You can now leave En - New District through the Public Square out towards the World Map. 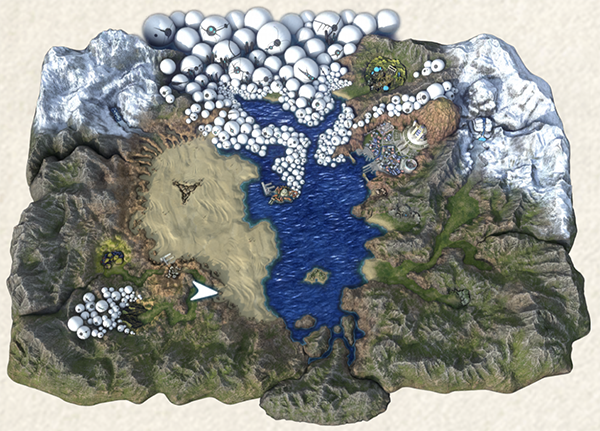 The World Map outside of En has one new enemy to watch out for: Wolzas. This enemy can hit quite hard so make sure you've got plenty of Potion S. 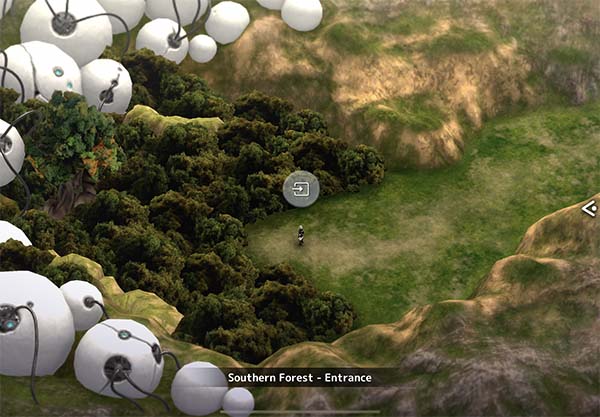 You can find a couple of Potion S items around the map, as well as some G, as you head towards the Southern Forest. Follow the linear route until you come to Southern Forest - Entrance. 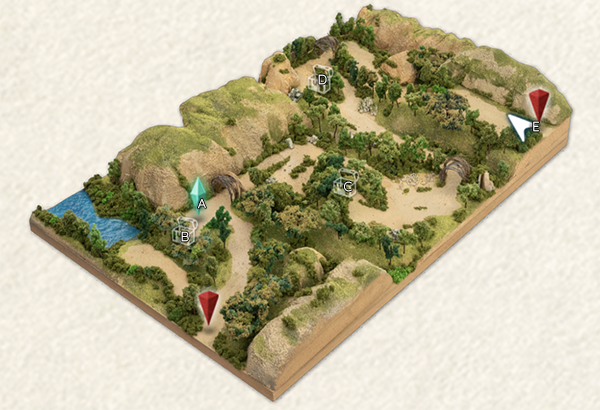 There are new enemies in this area: Prominera, Key Orbling, Earth Squeaker 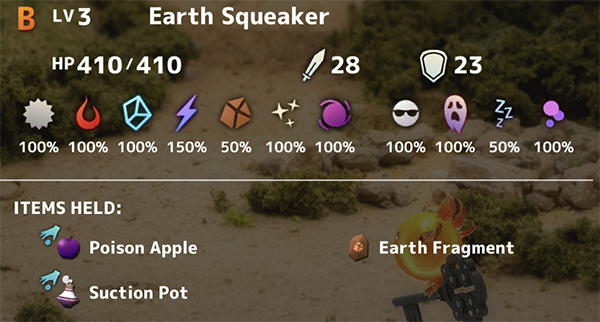 When you defeat a Key Orbling, it has a chance to drop the Iron Key used for locked chests.

After a short cutscene, head left first to pick up a Potion S from a nearby bush. You can also head down towards the small lake to grab an Ether S.

Walk back on yourself and this time take the right. Follow the path until you come to a Save Point (A) and a Treasure Chest (B) containing a Heal Stone. 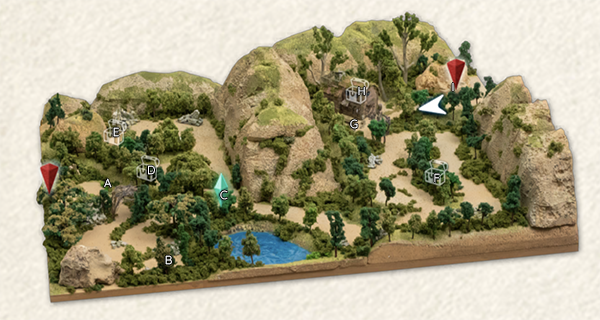 At some point, you come to a new cutscene where Leo remembers the machine's name he has been carrying Dimengeon Machine!

The Dimengeon Machine allows you to capture random monsters you encounter. Instead of entering a battle, the monster is sent to the machine for later. This allows you to roam freely around maps without random encounters! 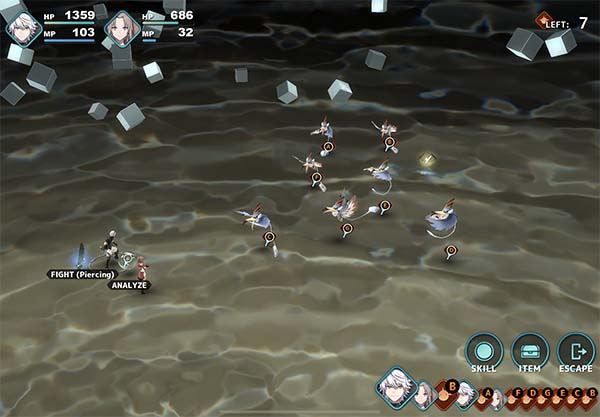 However, when the Dimengeon reaches it's limit of 30, you will have to battle all 30 monsters at once in what is called a Dimengeon Battle! There are various Gimmicks that spawn to increase your stats in battle.

Keep an eye on your Dimengeon Meter! You don't want to be low on HP and then all of a sudden have to fight 30 monsters!

Monsters you have never encountered before will automatically initiate a battle for the first time.

Follow the path round and you'll come to Owen's Stump (B). You'll get to watch a new Memory: Scent of the Forest. Don't forget, you can rewatch memories from your Camp Menu.

Now head back to the Save Point (C) and this take the right path. Follow the path along until you reach the right-most path. Here you'll find a Locked Chest (F) containing a Magic Belt. You can get Iron Keys from Key Orbling monster.

Give the Magic Belt to Kina for increased Max MP.

Head back up the path until you come to a small house (G) where Kina used to live. The Old House memory will begin.

Once it is over, you can collect an Ether S from the bench. Behind the house is a Treasure Chest (H) with 1000 G. Take the path to your right and head towards Southern Forest - Gorge (I). 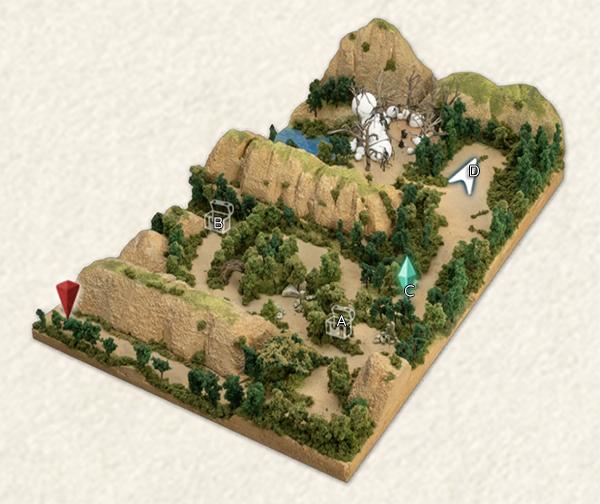 Now head through the archway and right until you come to a Save Point (C). Make sure you're fully healed! Follow the Save point upwards (D) for a new cutscene. 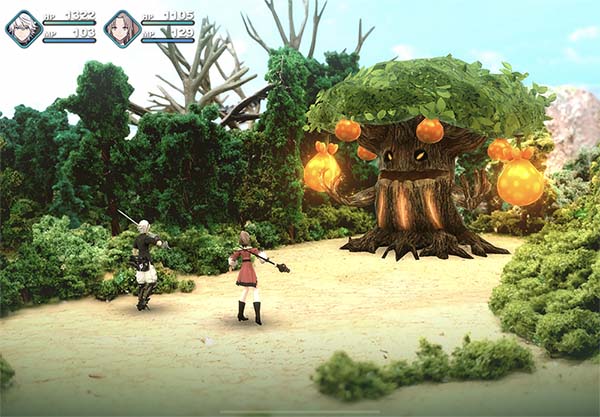 The Money-Money Tree boss will periodically spawn Gold Fruits. The Gold Fruits deal massive damage to you, so you'll want to take those out asap. You can use Kina's Holy to hit both the Gold Fruit and the Boss.

The Money-Money Tree uses two moves. The first is Bronze Fruit Fling can hit both of you for high damage. Sap Build Up is his special move. It takes two moves for him to charge it up and when it hits it deals hard damage and lowers your character's defense for 5 hits.

Make sure you have Kina heal up full whenever he begins to charge Sap Build Up. Apart from that, the boss is pretty easy!

You'll also obtain Magical Coins at the end of the battle. You can now head back to Owen at En - Old District with your new fortune. After a short cutscene, you'll return to the World Map.

That concludes part 3 of the Fantasian Walkthrough!

You miss the Poison Staff for Kina. You can find Poison Staff in Southern Forest - Gorge, just before going for a B chest, there's an bamboo arc entrance, after entering the path then You need to go right and then right for camera to move a liitle bit.
Then You'll see a treasure chest with Poison Staff in it.
Btw, thank You for this walktrough :)

Instead of 3x Antidote, I found 3x Energy Drink for Treasure Chest (D).