For our fourth part of the Fantasian Walkthrough we need to go see Owen and get Leo's fortune telling reading. Now that you've arrived back from Southern Forest with the Magical Coins, it's time to go see Owen, so head to En - Old District. Make sure you're all healed up from your travels! 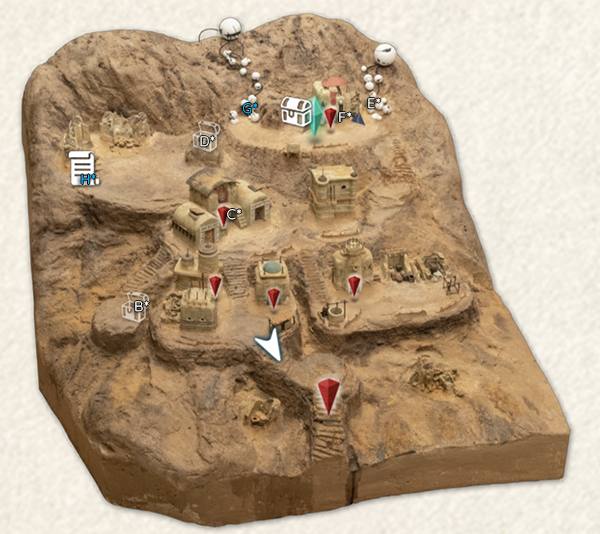 Once you arrive at Owen's Shop (F*), talk to Owen and a new cutscene will begin where we learn more about Leo's father. 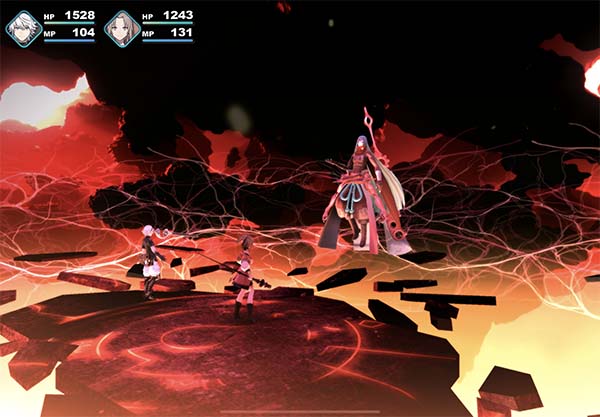 This isn't really a boss fight you need to win. However, you can use Leo's Steal skill to steal an Elixir from Vam before you're wiped out.

At some point Vam uses Rain Of Blades and puts your party on low HP. Don't use heals as you're not supposed to win this fight. Once Van takes the Mysterious Mask, a new cutscene happens.

As it turns out, Kina summons a giant queen god to protect you! Vam claims you're a marauder of the Divine Artefacts, whatever that means!

After it's over, talk to Owen. He suddenly banishes you from his home and locks the door so you can no longer enter his shop. Rude!

Head down the stairs to Kina and a new cutscene occurs. Your next task is to go see Sid back in En - New District.

Before you go, the map has updated and a new quest (H*) is available to you. Head over to the top left of En - Old District to speak to a man to complete the Quest - Lost Cat. 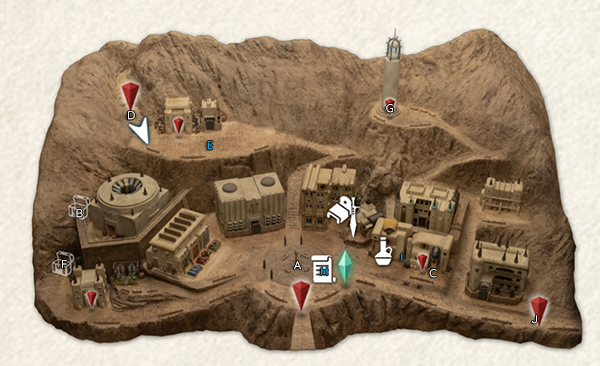 Before you head to Sid's, pick up the Quest - His Whereabouts (H) from the woman at Public Square. Go to Starry Eyes [Bar] (C) and speak to Sid.

He will give you a ticket to board a ship called the Urza so you can go find your Main Toy Box at the Royal Capital.

He gives you some fake tickets and this now unlocks the area En - New District - Harbor (J). 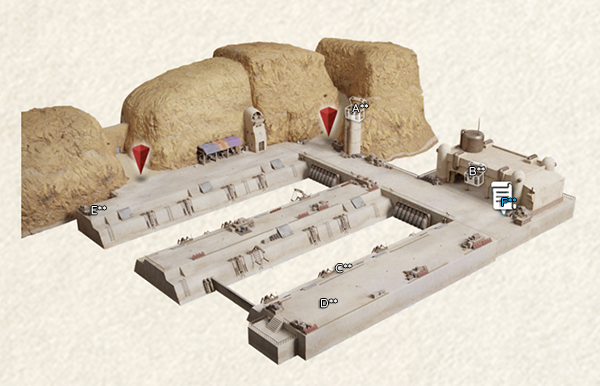 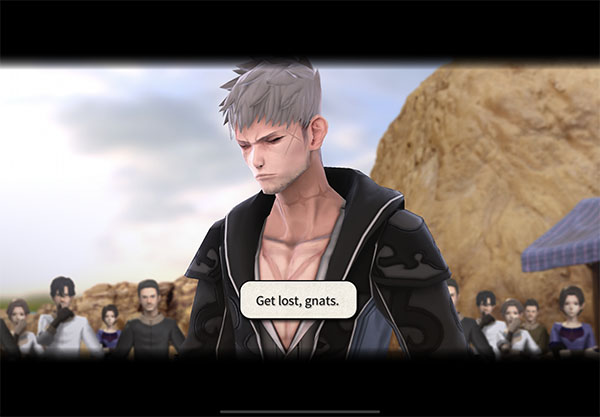 As soon as you arrive, you are thrust into a fight to help a mysterious character out. After you help him out, he just walks off. Rude!

You can walk around the harbor now and board the Urza. Before you do,  there is a Treasure Chest (E**) to your left containing 1000 G. You should collect the Potion S from one of the huts just as you enter the harbor. Before a big tower, there is a 100 G you can collect. Head up the tower to find a Locked Treasure Chest (A**). Use one of your Iron Keys to unlock it to get a Peridot S. You'll come to an opening with an Anchor on the wall. A Treasure Chest (B**) contains a Energy Drink x3 and you can also pick up an Ether S from some packages nearby. You can also complete the quest His Whereabouts at (F**)

Before you board, make sure you take the steps down the platform to pick up a Potion S from a Treasure Chest (C**).

Board the Urza (D**) and that wraps up Part 4 of our Fantasian Walkthrough!