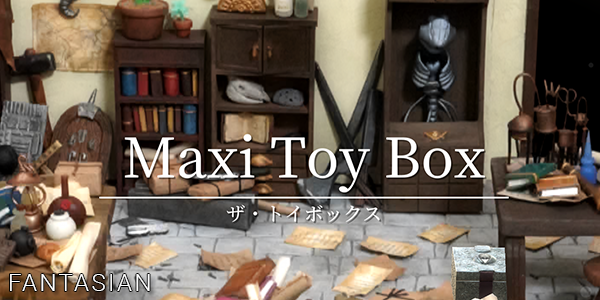 This next part of the Fantasian Walkthrough see's us enter Leo's House and find our way to the Maxi Toy Box in search of Blue Crystal to help us save Cheryl and Kina.

Enter Leo’s House in the Royal Capital - Town Center and open the immediate Treasure Chest to receive 12,000 G. Not a bad way to start off this part of the guide!

You can enter Leo’s Parents Bedroom to your right and find 1500 G in the cupboard as well as a Potion L on one of the cabinets.

Next enter Leo’s Bedroom and open the Treasure Chest containing 5x Battery. Behind the Mirror is 3x Regulator Chip.

Head up stairs to Leo’s Lab Room. There is a Machine Treasure Chest in here that cannot be opened without a Machine Key. Grab the Ether L from the bookcase and 3x Holy Fragments from a nearby shelf.

Head back downstairs and out into the garden. A cutscene will happen where you can use the old pipe hole to go underground. Ignore the three Chaos Treasure Chests. 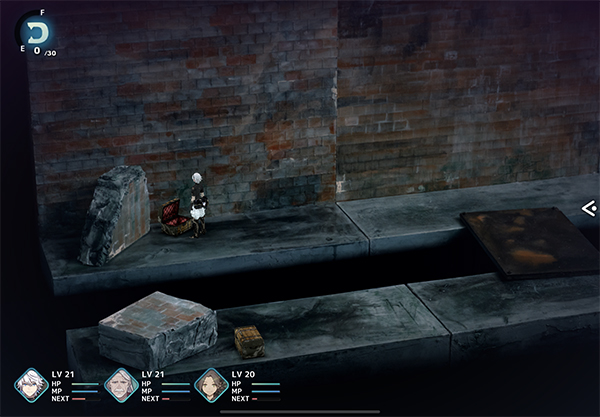 Go right and cross the platform to open the Treasure Chest with 5x Holy Fragments. Then go to the other side and continue right. There are new mobs: Blizzard Knight

Looks like there’s a new security system setup that you’ll need to navigate in order to get to the Maxi Toy Box. As before, there are alarm guards that if you touch will send you into battle.

First head forward past the two alarm towers. Go right towards two moving alarm towers and open the Treasure Chest for 10x Fire Fragments (A). Return back and this time go left all the way to the end and head downwards to open another Treasure Chest (B) containing 3x Remedy.

Next walk back on yourself and take the middle path and walk left to open a Treasure Chest (C) containing a Potion L. Turn back towards a single alarm and walk past 3 alarms and open the Treasure Chest (D) for a Peridot L.

You can also come across a Funi here.

Now head for the Save Point. Walk further down and you’ll come to a new map (E). This time the platforms move around and there are switches you can flip to remove barriers.

The switch will have closed off the wall you came from, so head straight up until you get to another wall (D). To your right should be a new floating platform. Step on it and it will take you to an area with two more floating platforms (E). Take the one that will take you right (F). Head downwards to (G) and across the platform back to switch (B), flick it. Now head back to (F) and cross over to (E). Open the Treasure Chest (H) for a Blue Quartz. At the start of the Battle have Ez cast attack and guard up skills.

Frostian will use Ice and Ice Spike which deal over 1K damage. She will start to spawn Ice crystals around here; destroy these as fast as possible. If they’re not destroyed she will do Eternal Blizzard skill which does more damage depending on how many Ice Crystals are left.

Below 20K health she will change the mode to Ice Mode where everything is covered in Ice. Her Ice attacks will deal more damage here.

Ignore the Locked Machine Chests for now and head down into the Maxi Toy Box. 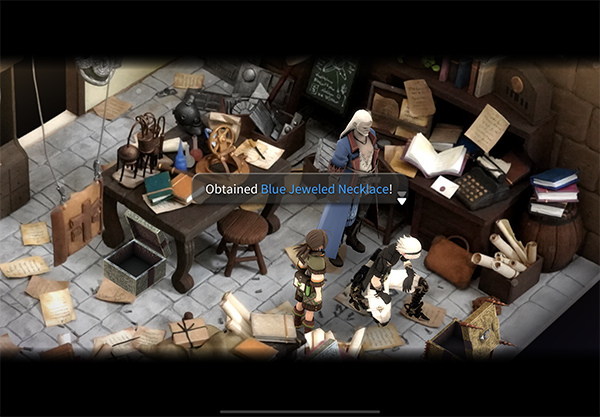 After the cutscene, you need to open the box. Prepare for a battle! You’ll have to defeat 30 monsters; just make sure Ez has plenty of Hard Shells to deal good mob damage. If your low, there is an general item shop NPC in the next room.

After you win, more boxes drop. Open all three boxes for some small battles. Once all have been unlocked, another final box opens. The start of the fight the boss spends his time too far away for you to do any damage. It’s good time to debuff the enemy with Helm Bash and Blade Break.

There isn’t any point buffing yourself with Ez, as the boss with cast Disaster which deals a debuff to everyone.

When he gets close to you, you should hit him with all you’ve got. He does have an attack that hits all 3 for around 1K damage. Have Ez use his Potion S All skill when this happens.

After a while he’ll use his Claw Of Endless Night, which deals around 1.5k damage. He’ll then return to far away out of reach. Now is a good time to use Ether S and heal up.

Once below 20K, he’ll start using Energy Drain which heals him and deals 700 damage to all members. He can also use Summon which creates two Gondolans.

Nice one! After a brief cutscene, your Warp Device is now working and you can head off to the Machine Realm to save Cheryl and Kina!

How can I complete the skills of Ez again?

Something’s off here. I’m at the fight with “Eternal Darkness” and it’s very different. First he has 200,000 hit points instead of 40,000 as shown above, and when he moves closer his single character attacks do around 4,000 damage, and the full-party attacks do 5,000 or more damage (with attack down) and 7,500 or more without attack down. My characters are levels 21 and 22 and have 4,500 to 5,500 HP. So basically it moves in and with one hit kills the entire party. Sometimes one person survives with like 300 HP. This has too be a bug, it is literally impossible to survive more than two rounds.

I think you're fighting Eternal Holy from the Forbidden Chest in the spare room.

Eternal Darkness comes from the main room after opening all the mob chests.

There is 2 more items to pick in the Leo's Lab if You search for it carefully.