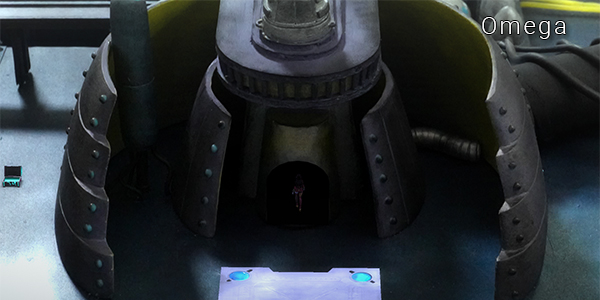 Omega is a side-quest that you get in Part Two of Fantasian and it leads you down into the depths of the Thaumatech Factory to fight the boss Omega. This guide will walk you through how to find the boss and ultimately defeat it!

To get this quest, you need to find 8 Missing Robots and turn them in. This will activate a new side-quest called "Omega". 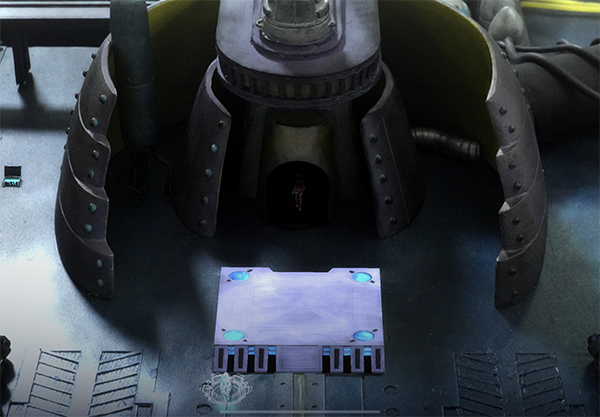 You're told to head to the rooftop of the Thaumatech Factory to find a hidden door that will lead you deep into the factory. Warp to Thaumatech Factory - Rooftop. Head towards the lift and you should see a small door just behind it.

Take the door down to Thaumatech Factory - Depths - 1st Belt. 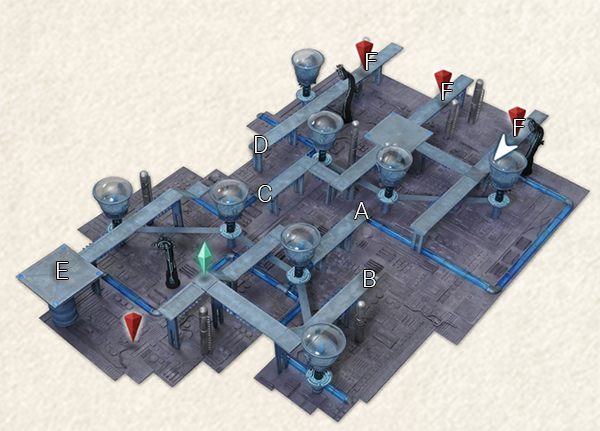 This place is a bit of a maze. You need to activate the Cranes by going up to the Machine Portals. 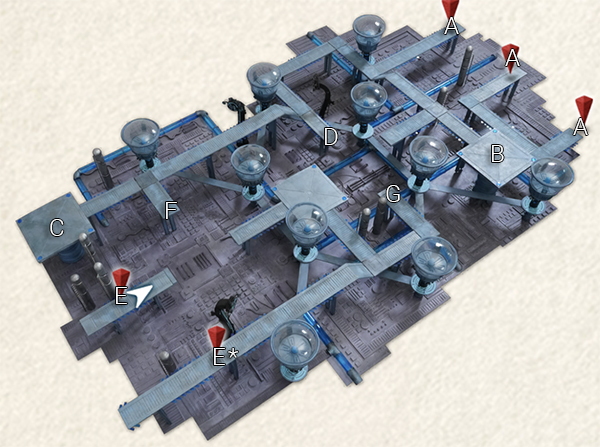 In the second area, activate both machines at (B) and (C). Take the Crane at (D) and head to (E*) which is the next map Thaumatech Factory - Top Secret Storage. You should see a Machine right in front of you (D) press it and go back the Thaumatech Factory - Depths - 2nd Belt.

Now head to (F) and take the Crane to (E) back to Thaumatech Factory - Top Secret Storage. 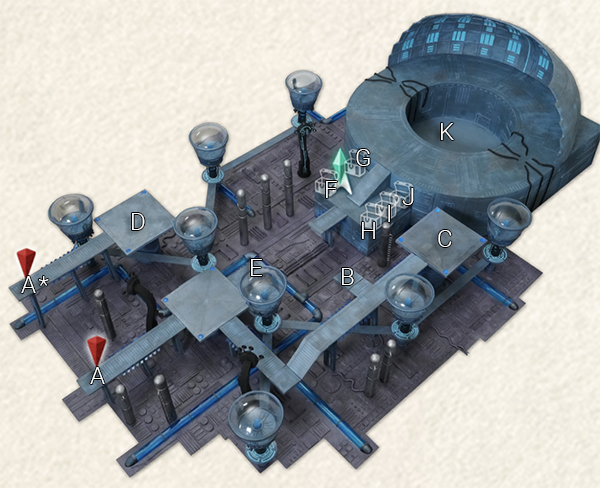 Here you need to activate machines (B) and (C). Now go all the way back to Thaumatech Factory - Depths - 1st Belt and take the path to (F) in the middle fork and follow it around until you come to (D) Crane. Use it to get to (E) and activate the machine.

Now you can access the boss! Head all the way back to Thaumatech Factory - Top Secret Storage and take the Crane (E) across to the five Machine Locked Treasure Chests containing:

Now take the route to (K) and prepare for the next boss fight... 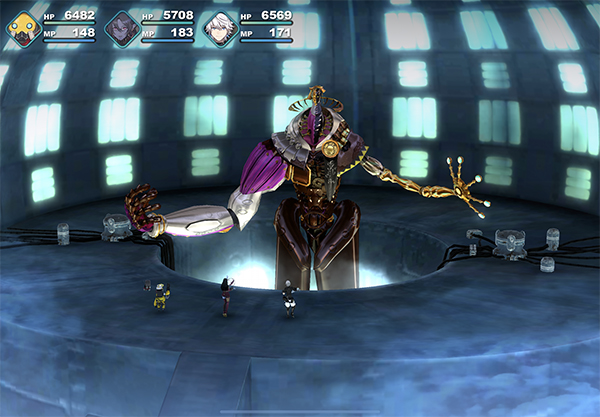 Before you start this fight, you should equip your party with Diamond Gems (Holy Resistance) to make this fight a lot easier.

At the beginning of this fight you'll face Omega with two Energy Storage Tanks that have 15,000 HP each. The lower the health of these tanks, the less damage the attacks do. We recommend destroying the big arm (right arm of the boss) and leaving the little arm on medium output power.

The big arm's attack has the potential to wipe you out, so to negate it, you should focus destroying it first. The little arm will cast Holy Damage to your party but you can use Resistant Gems to negate it so it's not fatal.

You cannot use Attack Down on this boss, so you'll have to have Prickle using Barrier and Ez for Healing for the most part.

Omega is weak to Lightning, so make sure Leo is using Samidare Lightning and Prickle chips in with his Lightning Strike attack. Ez should constantly be applying Quick All, Attack All and Potion L all when needed. Save your Tension Skill for Omega's Overboost Phase.

The Overboost Phase happens once Omega's countdown reaches 0. Overboost will reheal both Energy Tanks back to full health and then give you four or five moves to take them down. If you have Prickle's Tension Skill, you should use it to wipe out both tanks. If not, focus on taking out the Big Hang Tank and try to get the smaller tank to as little health as possible.

After Overboost Phase, Omega deactivates for a round, allowing you to heal up and deal some more damage. Your main damage hitting sections should be in this round and in the round that countdowns to Overboost after destroying the Big Hand.

After defeating Omega, you are rewarded with a new weapon: Positron Blaster