After getting the Warp Device working again, we can now teleport to the Machine Realm to save Cheryl and Kina. During this part of the walkthrough, there is a moment where you cannot turn back and will have to wait until part 2 of Fantasian to be released in order to explore- so make sure you're ready to progress to the end of part 1!

Remember this place? There’s a few new Treasure Chests for us to open. The one to your left behind the wall contains a Heal Stone. There are two locked Machine Treasure Chests on the right which you can ignore for now.

Take the elevator down to Thaumatech Factory - Center

We are back where we started. If head to the Thaumatech Factory - Energy Tanks, there is no longer a blocked pathway and allows you to keep heading right.

Walk past the two locked Machine Treasure Chests and walk to the bridge. 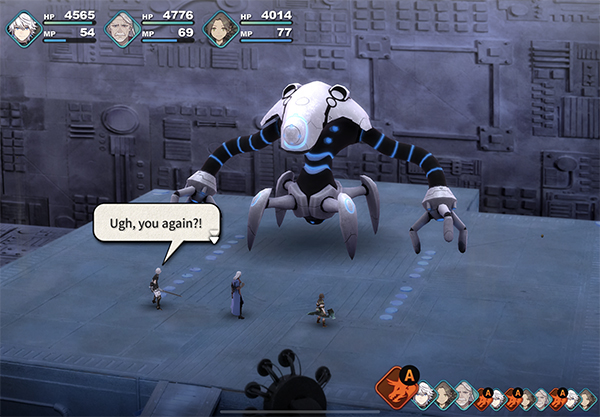 You’ll begin a boss fight with your old friend Robo Organiser. The first round the boss has drones that heal him 99,999 HP! But after an intervention from a mysterious person, the drones disappear for the second fight- game on!

The boss’s claw attack deals around 1k-1.5k damage per person. At some point it will use Elemental Resist Down Missile and charge up it’s two hands with Earth, Ice, Lightning or Fire lasers. When this happens, you need to focus on taking at least one of them down before the boss’s next move. He will then use the laser attack on you hitting all 3 for around 1.5k damage.

Each time it does Elemental Resist Down Missile move, all players will get a debuff. You should focus on the arm which isn’t strong against your debuff to avoid 1.5x damage dealt to you.

When it’s HP is low, it will turn on Overclock mode. He will then use his Combination Strike which hits 2 times to any members.

If you follow the path around, you’ll come to a short cutscene. Then move forward to Machine City - Security Gate Area.

You can use the Elevator to your left to open a Treasure Chest with 3x Ether L.

Go back up the elevator and walk round to find another elevator taking you down to the ground. Head straight for Secret Base.

Check out the two item shops for new Jewels and resupply your battle items.

Head forward and the Robot will recognize Leo. Head inside to go talk to Prickle and Clicker at the Royal Quarters. After a long cutscene, you decide to go after Kina and Cheryl. Head back to the entrance of the Secret Base.

Go to the far right where a Robot is standing guard to the entrance.

Location: Path To The Wormhole 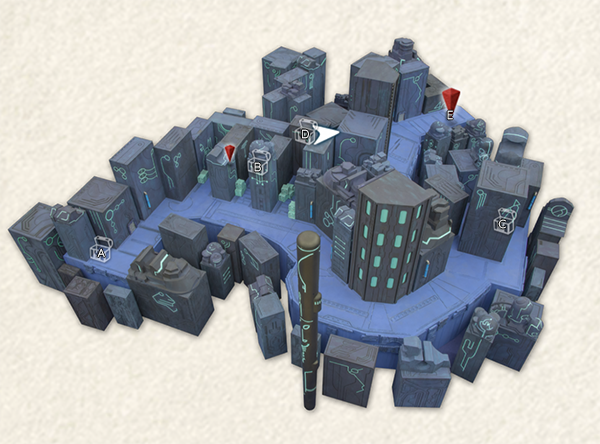 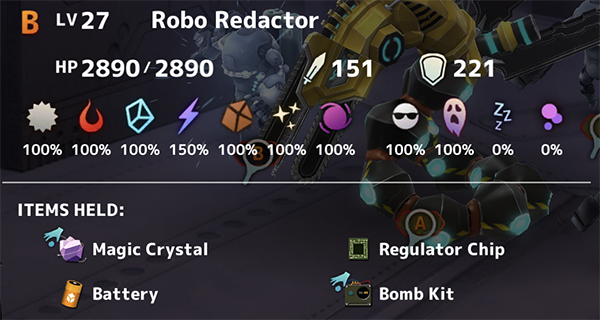 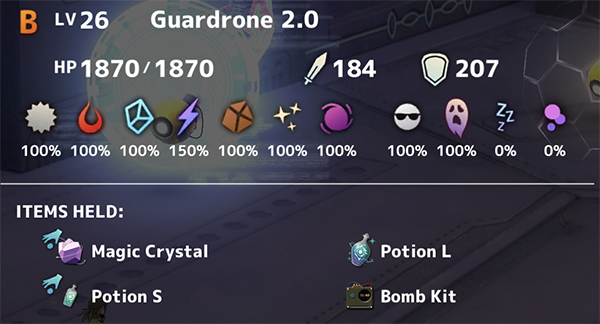 Now turn back and go left around the giant block. Keep left and open the Treasure Chest (D) containing 5x Ether L. Head to the next map (E). 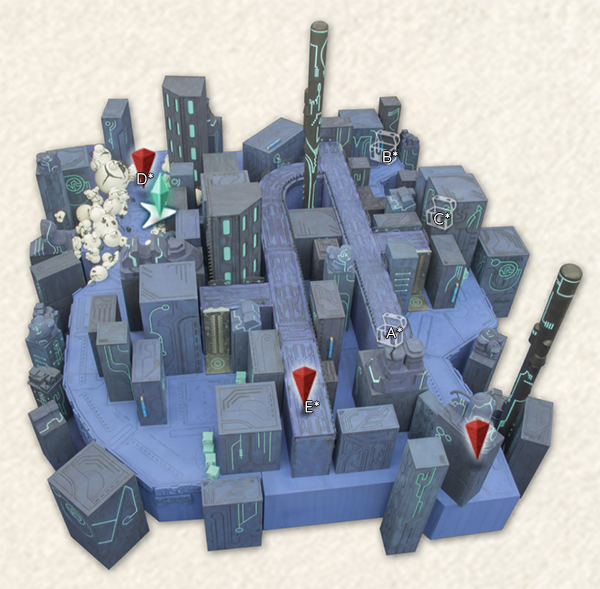 Go back up the Elevator and follow the path left round, heading straight forwards until you get to Machine City - Security Gate Area (E*). Quickly open the Treasure Chest containing an Elixir and head back.

This time head down the elevator and you’ll reach Mechteria Spawn (D). Go use the Save Point and save.

From this point on, if you decide to go forward you cannot turn back and explore other areas until Part 2 is released. Make sure you’ve completed all that you want to before proceeding! 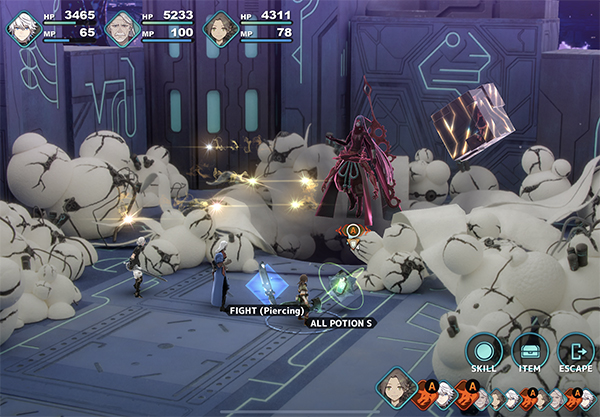 In the beginning you cannot do any damage to Vam. He will use his ultimate move on you and wipe you out, but then you’ll be resurrected by Jas.

This fight is a lot easier once you get Ez to Level 30 to increase his grenade damage.

Have Ez use Attack All and Captain Zinikr use Guard All to get your buffs up. Occaisionally, Vam uses Dimensional Distortion which will deuff everyone in the party.

Vam will use a single target attack dealing around 1.6k damage. Vam will also target a single opponent with his Triple Edge attack. He will also use his Slow move. Help reduce damage using Zinikr's Blade Break skill.

Vam can summon Floating Swords. Destroy these as quickly as possible to prevent him using his ultimate move: Rain Of Blades. The amount of swords left determine how many extra strikes of damage you take. Each sword has 1.5k health, so using Ez's upgraded grenade throws can take out 3 at once.

Vam will also use Energy Drain to heal himself for 2k and deal damage to everyone in the party.

After you defeat Vam you'll be sucked into a wormhole!