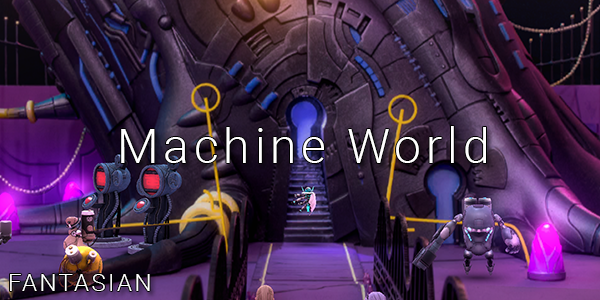 Kina and Cheryl find themselves in a place called Junkyard, which is in the Machine World. Once the initial cutscene is over, you can talk to the two Material Modules to buy items and rest.

There are new mobs in this area: Robo Guard and Dragoon. 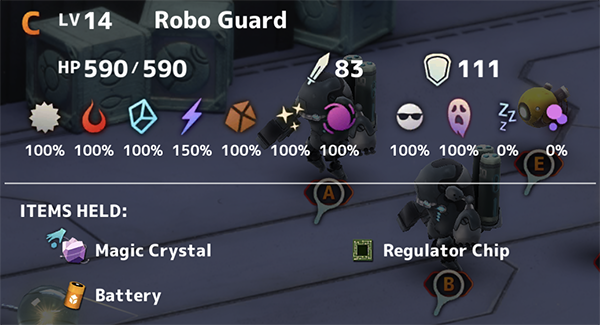 You no longer have Leo’s Dimengeon so you’ll have to deal with random battles again.

Head around the path to collect the Treasure Chest containing the Heal Stone. Head back and this time collect the floor loot Battery. You’ll come to a split path, take the right and follow it round until you get to a ladder. Jump down and open the Treasure Chest to get a Protocol Ring. Equip it to Cheryl (it deals extra damage to machines).

Head forward and collect the Ether S from the floor. There is a Treasure Chest further up containing 5,000 G. Moving forward you’ll have another cutscene between Cheryl and Kina, when you return from it pick up the Regulator Chip from the floor. You’ll eventually reach a ladder that takes you to the Machine City. 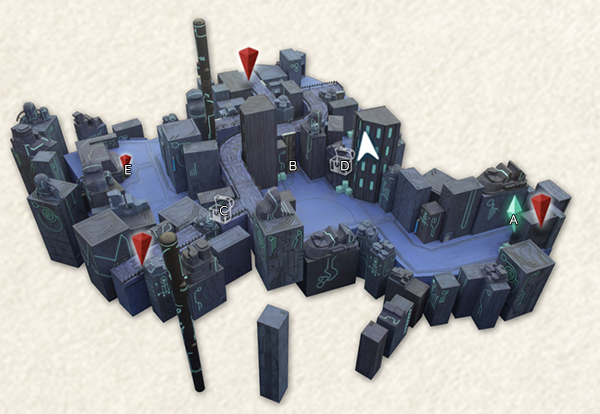 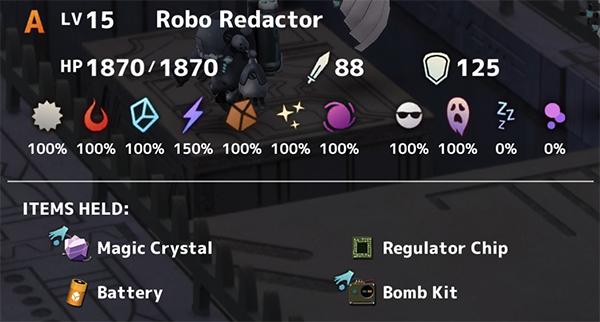 When you walk past the Save Point (A) you’ll notice Leo’s two Robot friends. After a short cutscene they run off and drop something behind: Leo’s Locket. Head forward for a boss battle. 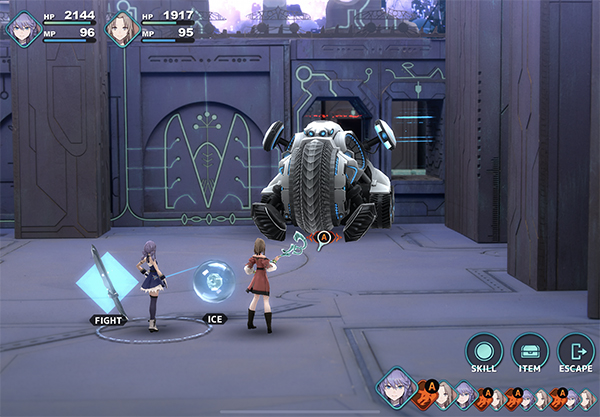 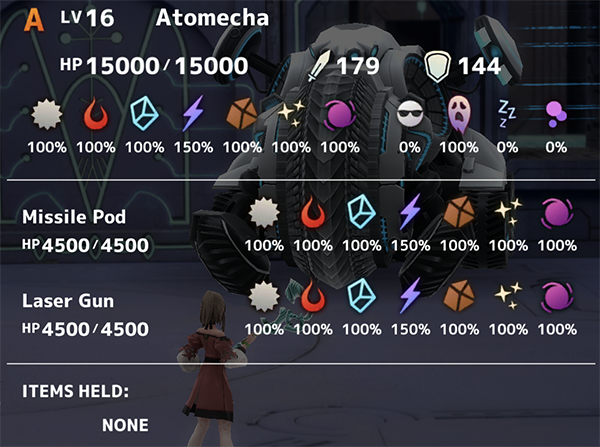 The boss has two extra parts you can attack: Laser and Missile. Take these out before focusing on the main boss.

You can use Cheryl’s Slow ability to give yourself some extra turns against him.

At some point, the boss will fire up. It will then use Roll Crusher and deal pretty hefty damage. When this happens, heal up using Potions S and Potion L.

After the fight, Kina and Cheryl decide it’s a good idea to sneak past the security gate by hiding in a crate. Use the elevator (B) to take you up a level. Follow the route left and pick up a Pezzottaite from the Treasure Chest (C). You can also find a Potion L on the floor nearby.

Go back the way you came and pick up an Ether S on the floor. This time follow the path right and you’ll come to another Elevator. When you go down, take a left to open the Treasure Chest (D) containing a Potion L and the floor loot by one of the boxes Research Lens x3.

Now go right and you’ll watch a cutscene with a Robot heaving crates around. Head to a crate and sneak inside. Once the crate has gotten through the security gates, you need to head right to look for the robots. You find them pretty quickly and see them going through a gate (E).

Before you follow them, quickly follow the path round and to your left there is another Elevator. Grab the Magic Crystal from the blocks and now go to the place where the Robots went (E).

In order to enter the secret base house, you need to talk to all the NPC robots outside it. Once done, head forward and speak to the Robot at the entrance to the base. Inside is a Save Point. Head forward and Robo Guard will give you an explanation of the Machine World. 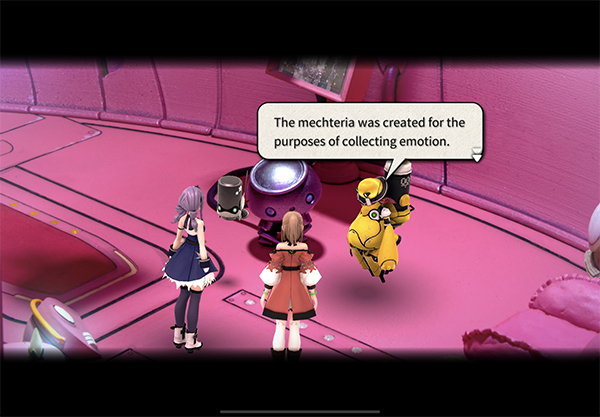 After, head upstairs to the Royal Quarters. After a short cutscene, the two Robots are renamed Prickle and Clicker. At a certain point you can choose which of the two girls the Robot’s like better, allowing that player to receive a passive buff called ROBOT BA-BUMP!

Exit the Royal Quarters and head to the Guest Room. After a short cutscene, use the bed to rest. Head back to the Royal Quarters. You’ll now get to enjoy new memories: The First Daughter, The Second Daughter and The Lost Princess.

At some point Vam turns up again and leads Cheryl away.