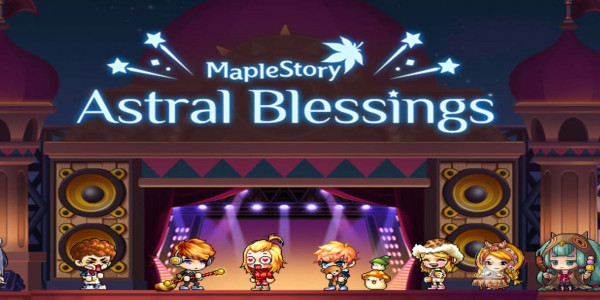 MapleStory Celestial Festival has been released with the Astral Blessings 2.16 patch and this event might just be worth your time! The event allows players to get coins by doing a variety of tasks and use those coins to level up skills that can provide some really good benefits whilst playing MapleStory. You can get lots of EXP, Arcane River Symbols and access to a special map for leveling up characters.

The Celestial Festival (patch 216) runs from August 26th to September 22nd so you have just under a month to take advantage of this event. Unlike previous events, there is no coin shop available; instead you will use your coins to level up skills that provide you with some in-game buffs and rewards. There are 3 different categories that you can level up, and you can only choose one to participate in each week (so choose wisely!).

The three main categories are: 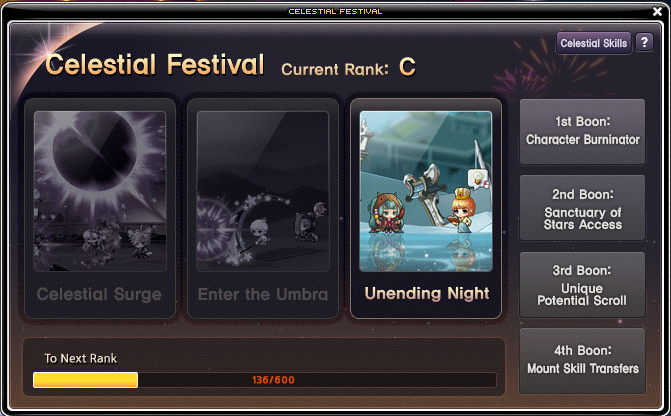 As with most events in MapleStory, you can collect points which turn into coins automatically. You can earn points in a number of different ways; you can only earn a maximum of 100 Coins per day. You can earn bonus points by doing the Fire Thief event (which is similar to previous event dailies where you can defeat a boss + mobs which gradually get stronger.)

To get Celestial Points, you will need to complete your Categories' task. For example, Unending Night (which gives 2x Arcane Symbols) gives you Celestial Points each time you complete an Arcane River daily. You can usually max your points just by completing Vanishing Journey.

You can use your points to rank up and also spend them on special skills in your Celestial Skill Menu.

There are four ranks:

Each time you rank up, you'll also get he special rank up "boon". These are: 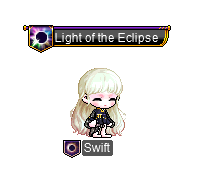 You can also trade 300 Celestial Coins for a Skill Point to use in the Celestial Skill UI. Talk to [NPC] Muhammad to manage your skills. 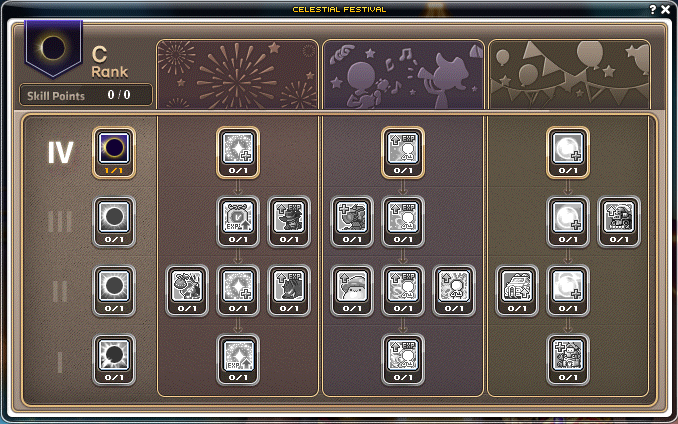 As you rank up, you will automatically get the IV, III, II and I skills. These provide the following benefits:

As you can see, these ranks will increase the rewards you can get. Since you need 2,200 Celestial Coins to get to Rank S, that means it will take around 20 days to achieve the highest Celestial Power. The event itself lasts for only 28 days, so if you manage to max your coins every single day, you may only get around 8 days of the final buffs.

There are plenty of other skills you can unlock too though. These skills require 1 SP (300 Celestial Coins). You won't be able to max the skills out, so you'll need to choose wisely which path you want to take.

For example, if you are doing the Unending Night, you might want to put your SP into the Festival Splendor skills, as these will grant additional symbols when completing. The three skill trees are designed for the three different categories (as the buffs will increase that categories' rewards even more).

Below is a list of all the skills available: