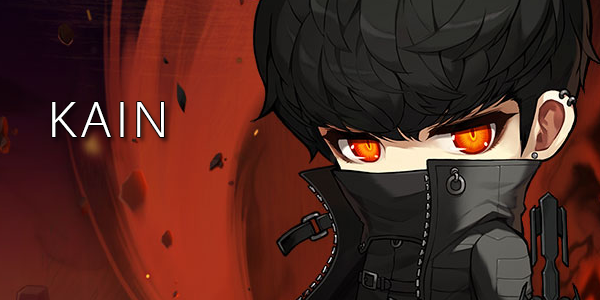 Kain is coming to GMS MapleStory on 22 June 2021 and this skill build will guide you through all the skills you need to get in order to maximize your damage using Kain! Kain is a Bowman class character in MapleStory that utilizes a new weapon called Whispershot. Kain was once part of a vicious organization that ruled Toolen City, where every new player choosing Kain will begin their MapleStory Adventure.

Kain is a new Nova Bowman class that has a Malice gauge used for special Possession skills. The Malice Gauge will generate over time, as well as when using certain Kain skills. You can then use your Malice to enter Possession mode, which will enhance your main attacking skills for a short period. As you move into third and fourth job, you begin to use Execute skills. Whilst in Possession Mode, you'll generate marks on enemies and Execute Skills will convert those marks into buffs.

As a training class, Kain is everything you'd want in a modern-day MapleStory class. It has plenty of mobility, using Grappling Wire to jump to high platforms and Shadow Step for dodging enemy attacks and teleporting. It has plenty of lines and damage, as most new MapleStory classes give. Players who want to main Kain will need to get a good understanding of the Malice, Possession and Execute skills to maximize damage. When one-hitting, you'll likely only need to use Possession skills but when bossing being able to make use of your Death Blessings will be critical to your damage output.

Kain comes out on June 22 2021! In the meantime, why not check out our New MapleStory Class Preparation Guide to prepare for the release!

In first job, Strike Arrow is your main attacking skill. Kain is very simple to play in first job, you don't have access to your Merit gauge yet. You get plenty of mobility; flash jump skill Shadow Swiftness is decent (not double flash jump), Grappling Wire can pull you up to platforms and Ghost Walk gives you a further passive boost to your movement stats. Assassin is a really good early damage buff, so maxing that out early will help.

In second job, Kain gets its Malice Gauge. The gauge will generate 100 Malice and each time it hits 100 Malice, a Malice Stone is generated and stored. You also get a Possession skill by default, which allows you to use the Possess skill for Strike Arrow and Scattered Shot. These are enhanced skills that deal more damage; but can only be used when you have activated Possession.

Once a Possess skill is used, Possession is deactivated, so you will need to keep this skill button close.

As you can see, keeping your Malice up and generating Malice Stones allows you to use more Possession skills. As you get into the later job advances, this becomes critical for damage up-keep.

As well as introducing the new Possession mechanic, you also get Dragon Fang; which generates orbs around you as you are attacking that fly towards mobs and deals damage. You also get your attack speed booster in Whispershot Booster.

In third job, your main attacking skill Strike Arrow III gets upgraded. Shaft Break is a useful mobbing skill as it sucks mobs towards it, including from platforms above and below (it works even better as a Possess skill). Natural Born Instinct is a great passive buff, giving +20% Final Damage and the Grinding skill increases the damage of your second job skills.

In Fourth Job, you get two new Execute skills: Poison Needle and Chain Sickle. Both have cooldowns, so you will want to use them in accordance with your other Execute skills from third job to maximize stacking the blessings. Falling Dust is a great mobbing skills for fourth job and you get enhanced version of Possession and Advanced Death's Blessing.

You get lots of passive Final Damage with Dogma and Whispershot Mastery. Adapt To Death also gives damage boost and boss damage. Dragon Scale is an iframe that you can move around in for 3-4 seconds, whilst Nova Warrior and Nova Temperance are your two typical fourth job skills (+15% all stat and cleansing).