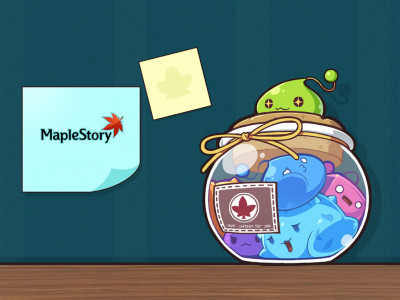 This guide will take a look at all the different aspects of the MapleStory Potential System and how you can use it to your advantage. 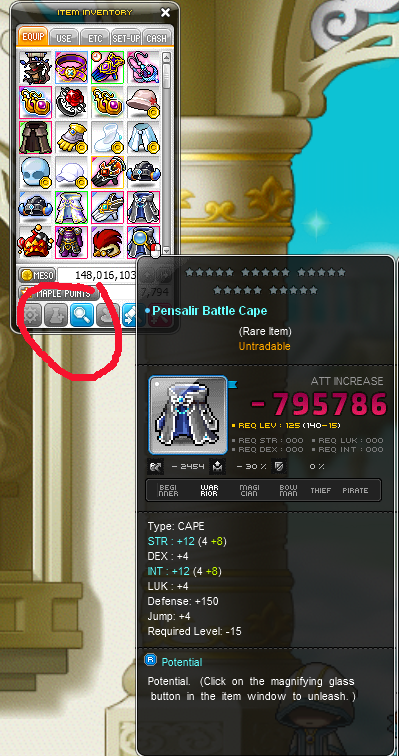 If a piece of equipment does not have potential upon acquiring it, you can add potential to the item via the use of Potential Scrolls. There are many different potential scrolls in the game, but some of the most common are:

There are four potential ranks in MapleStory that equipment can get:

When an item drops from a mob, it can drop in either rare, epic or unique. The chance of unique equipment dropping is incredibly rare.

Potential on a piece of equipment can add up to 3 different lines of stat. The higher the potential rank, the better potential lines it can get. The level of the item also comes into play too: a level 30 legendary hat has lower potential stats than a level 160 legendary hat.

You can increase the amount of potential lines using a Potential Stamp up to a max of 3 lines.

One of the most sort after lines on potential equipment is +% stat for your class. I.e. if you're a Hero, you want to try to obtain +%Str  stat lines.

Below you can use the table to see how Potential rank effects the amount of stats you can obtain, including level.

As you can see, the best potential lines can be obtained on item levels 151+ that are legendary with the potential to get up to +13% stat lines. Using our Hero example, you can obtain up to 3 lines of Str: +13%, for a total of +39% Str on one item. You can see how quickly you can raise your character's damage through the use of potential.

There are of course many other random potential lines you can get, this table is just a quick overview of how the stat lines increase in level and rank.

Over the years, there have been many different cube variations that affect an item's potential. The most sort after cubes come from MapleStory's CashShop. In Regular Worlds, you need to use NX to buy cubes (real money). A single cube in a regular world costs 1,200 NX (equivalent to $1.2). Some players use hundreds of cubes on their items to get the best potential (so you can see how costly the system can be!).

The good news is that there are also cubes you can obtain in-game that don't cost NX. Unfortunately, these cubes are limited and have lower tier-up rates than the CashShop cubes.

In Reboot World, all cubes cost mesos (including the ones in the CashShop). Reboot World aims to take the pay-to-win concepts out of MapleStory and rely on a player's ability to play the game.

In Reboot World, only Red and Black Cubes are available in the CashShop for Mesos.

Tier Up Rates For Cubes

Based on data used in Reboot World, we can assume the following tier-up rates for these cubes:

There are special events held in MapleStory called Double Miracle Time which increases the chances of ranking up an item's potential.

In MapleStory, certain equipment types can get potential lines that other's cannot. For example, all MapleStory accessories can obtain Increase Item Drop potential lines. This is a list showing the unique lines for each set of equipment:

In regular worlds there is also the Bonus Potential System. This system is exactly like the Potential system only it adds an extra 3 lines of potential to the already existing potential. Bonus potential lines are different to that of regular potential, but they still provide lots of stat increases. They have the same 4 ranks too: rare, epic, unique, legendary.