Lucid is an end-game boss in MapleStory that drops valuable rare items including Arcane Umbra Equipment, which is some of the final pieces of gear MapleStory players need. Lucid has three modes: Easy, Normal and Hard. This guide aims to go over all of Lucid's mechanics so you can prepare in advance for when you finally take on the boss of the Nightmare Clocktower.

Lucid has three modes that players can attempt. Only Normal and Hard mode will drop the required items to craft Arcane Umbra Equipment. Easy Mode should be used for your party to warm and get used to the boss mechanics before taking on Normal and then Hard.

Lucid is considered an end-game boss. You will likely need to form a party with other players in order to take down this boss, especially if this is your first time and you don't possess super-high end-game range. This preparation guide should give you some tips getting started:

For the most part, phase one mechanics of Lucid is the same for all three modes with a few changes. 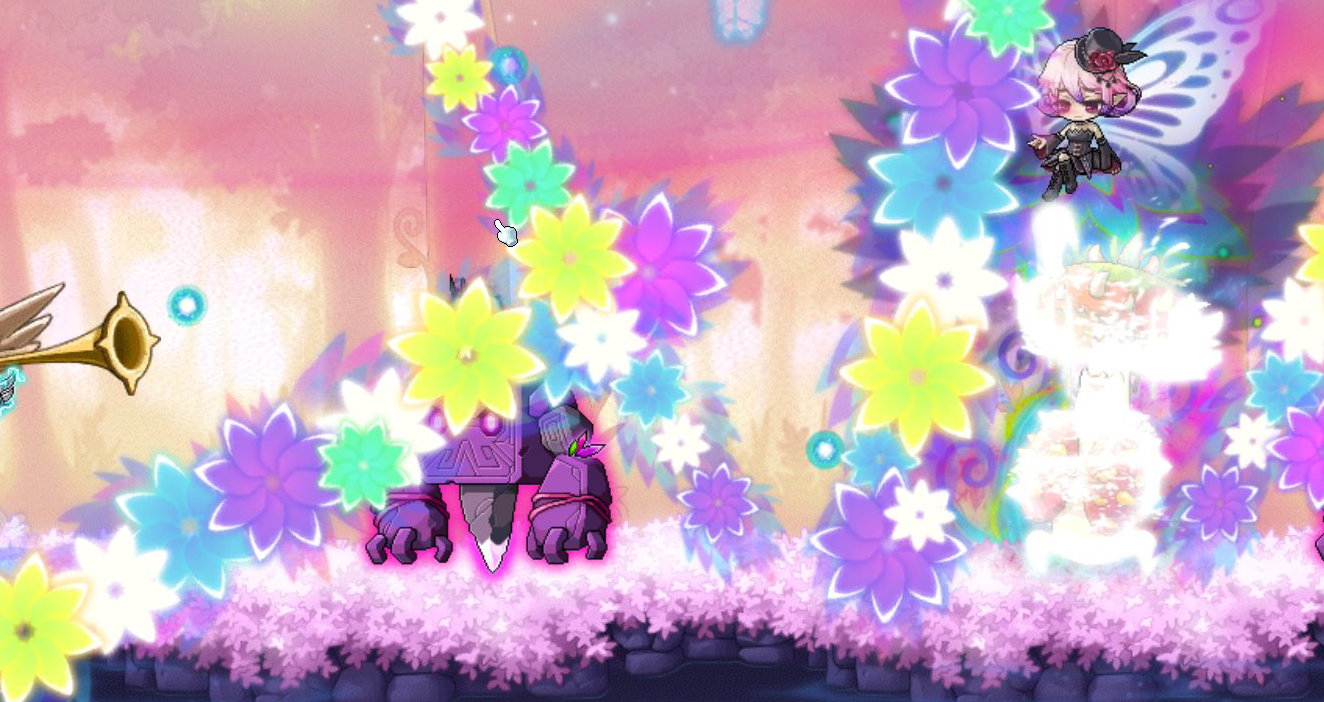 During Phase One, Lucid will spawn lines of flowers throughout the fight. You can dodge them by standing in the gaps. The lines will only deal damage when they explode, so you have time to position your self properly.

Randomly, Lucid will call forth a powerful monster (a giant green dragon!). The green dragon will come randomly with either the left or right; players will need to jump to to the side the dragon comes down from in order to dodge the blast. Getting hit by the blast = instant death. 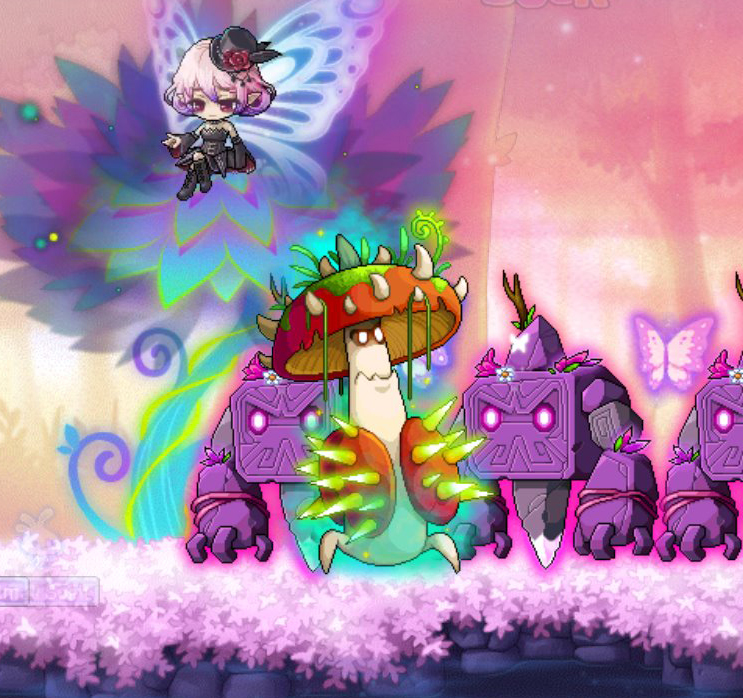 Lucid will occasionally summon Golems and Mushroom mobs. The Golems will block your path and if you try to use teleport skills to get past you'll be dealt 70% HP damage. Players should aim to take these down as fast as possible, as they will prevent players from getting to safety during the Green Dragon attack.

Lucid will also summon Mushrooms that move slowly in either direction. They deal touch damage of 50%.

In Easy and Normal mode, you can only do a fixed amount of 500K damage to each Golem, so it's best to use attacks with high hit count here rather than damage-dealing attacks. In Hard Mode there is no damage limit, but they have significantly more HP than the other modes. 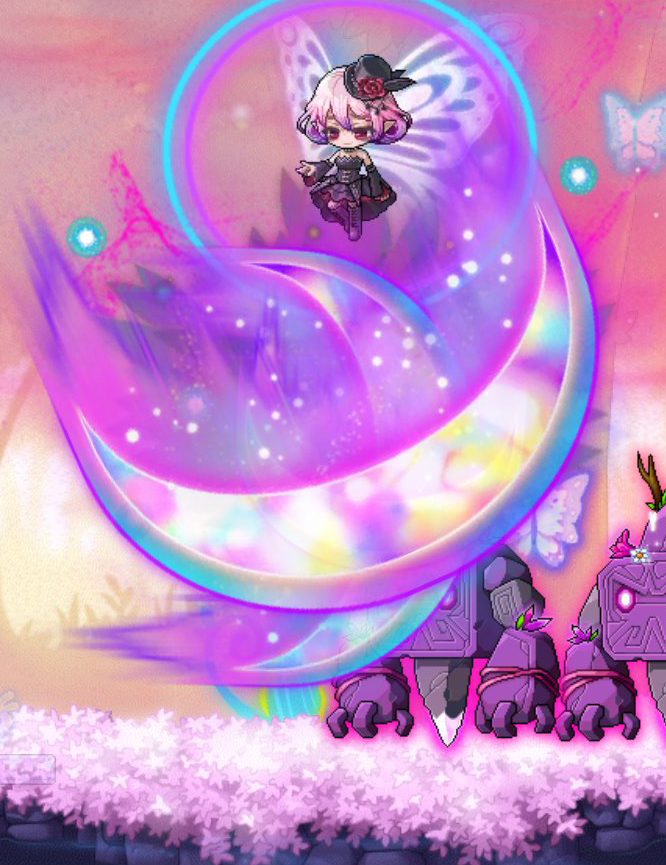 Lucid will fire four Lucid Sickles in random directions of varying sizes that move slowly throughout the map. They deal 30% HP on touch. You can use teleport skills to dodge these, but be careful of Golems.

During the fight there will be Butterfly mobs flying around that shoot bullets at players. Getting hit back these bullets deals 20% HP. The Butterflies cannot be killed, so just try to keep an eye out for them.

Lucid will place a bomb on a random player in the map. The bomb will detonate within 10 seconds, dealing 199% damage to the player with the bomb. Players can spread the damage of the bomb by grouping up. 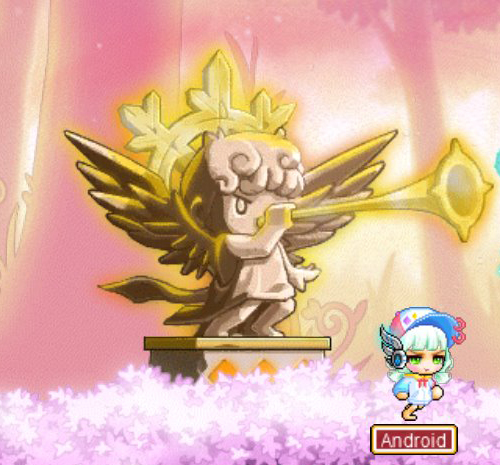 As the fight goes on, Butterflies will slowly collect on your screen that cannot be attacked. At a certain point, the Butterflies will suddenly zoom towards players and deal damage when exploding. Players can prevent this attack by using the Golden Trumpets in the map; each time you wipe out a Health Bar of Lucid, you can use the Trumpet one time. You can store up to three Trumpet uses, so it's best to keep clearing the Butterflies if you are flying through Lucid's health.

Lucid can also randomly teleport a player around the map at any time.

As soon as you enter the fight, you want to bind Lucid and burst damage her. Hopefully this will wipe out a few health bars and give you some Trumpet clears for when the background gets filled with Butterflies.

In Easy and Normal mode, make sure players in the party are focusing on the Golems. Most players will have multi-target hits and to prevent early deaths, wiping out these mobs will make the fight a lot smoother.

You'll need players to keep an eye out for the Green Dragon. Lucid will announce when she is summoning it; but players can't see which direction the dragon is coming from until it starts to descend so communication is key. Iframes can dodge the blast- but the blast lasts a good 5 seconds so make sure your Iframe can last long enough. You can also use skills to fly in the air above the blast to dodge it. Everyone else should run towards the green dragon and stand just behind its head.

You will also need to communicate for when Lucid puts a bomb on a player's head. The player with bomb should stay still and alert other party members so they can jump onto that player to help spread the damage.

If you find you are entering phase two with very few lives, you're probably not doing enough damage in order to prevent the mechanics. There is plenty of randomness to this fight and high damage will help prevent the fight from going on too long to wipe you out.

Phase two moves you to a new map where Lucid flies around, making it harder to deal damage consistently. There are several platforms that players can jump onto; in Hard Mode, falling off the bottom will deal damage and put a debuff on you. 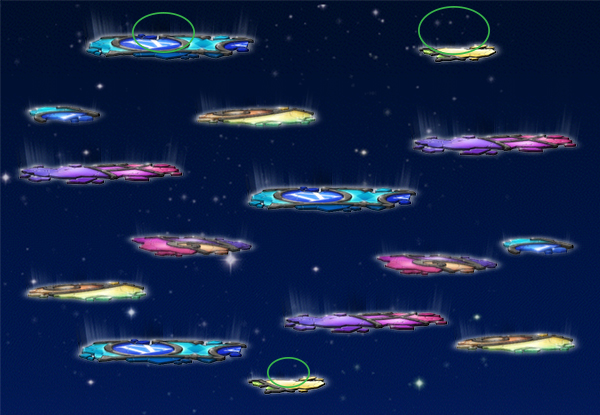 The Green Dragon is back and this time you need to jump onto the safe spots in the Lucid map. There are two at the top and one at the bottom, so get to whichever is closest.

Lucid will disappear and summon lasers that will chase you around the map. You need to avoid them by jumping from platform to platform. Getting hit by a laser does 30% HP damage. 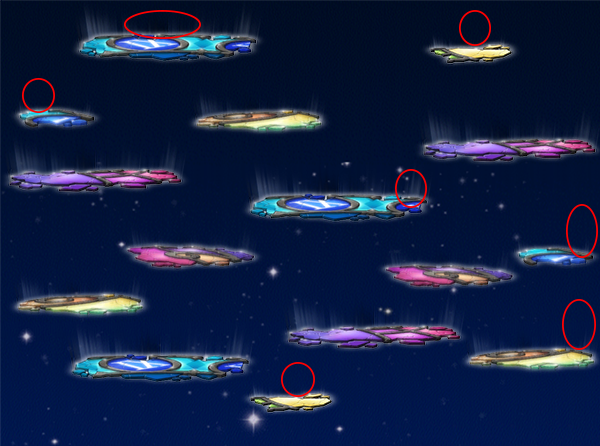 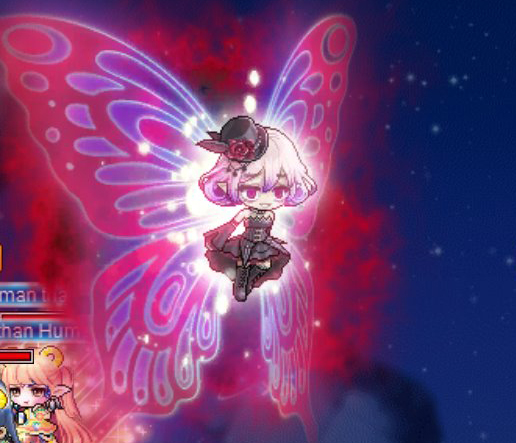 Lucid will also turn into rage mode, where she goes slightly red and then traverses the map in a flurry. Getting hit by Lucid in this mode will deal %HP depending on the mode. There are various safe spots you can stand on in the map where she cannot hurt you.

Exactly the same as the first phase, Lucid will randomly place a bomb on a player that deals 199% damage. You can spread the damage by having multiple players standing on the player with the bomb icon. 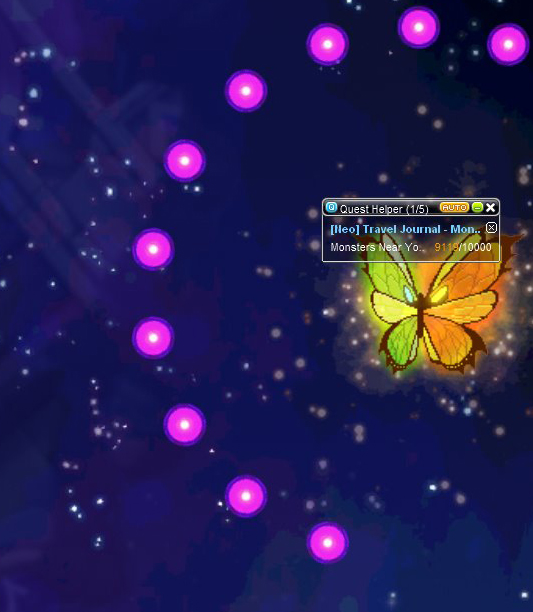 For each HP bar you remove from Lucid, you can use the Trumpet to cleanse the background like in Phase One.

Exactly the same as Phase One, Lucid will fire out four sickles in random directions that deal damage to players. 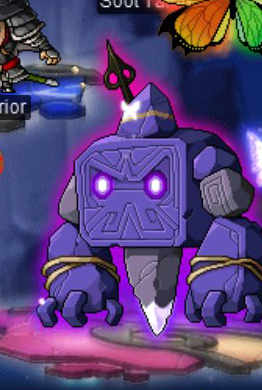 Golems return and have the same HP mechanics as Phase One. They can destroy platforms they smash onto, so destroying them fast will help prevent this. The platforms respawn after a time.

Many players will tell you Phase Two of Lucid is actually a lot easier than Phase One once you get the mechanics nailed. There's a lot less RNG that can kill you but it takes a lot longer due to Lucid moving around all the time (and disappearing from the map entirely).

Learn the safe spots for both Green Dragon and Lucid's Rage. You'll know when these are about to happen because Lucid will put a message up on the screen.

Binding in Phase Two isn't reliable; Lucid can still move around even when Binded so be careful.

Most deaths will come from Bombs- set up a point on the map where players should go to when they have been tagged by a bomb to help disperse the damage. Most players like to use the middle platform.

Stance is very useful in this fight- the flying Butterflies that shoot bullets can knock you off platforms if you're not careful.

This phase only occurs in hard mode. Lucid will spawn in the middle of the same map and be in a binded state. Players must then deal 12 Trillion HP in 40 seconds otherwise the fight is a fail. Golems will still spawn in this phase.

Hard Mode Lucid has a very rare chance of dropping a random piece of Arcane Umbra Equipment. If you are lucky enough to find players to carry you, this can be a quick way to obtain the equipment set.

There are 7 pieces to the set and you can buy four pieces from Lucid's shop (the other three must come from Will's shop).

Lucid will also drop a piece of her Soul Shard on all modes. She provides one of the best Souls in the game so it's well worth having.