Damien is a powerful boss in MapleStory that drops items required for the Absolab Gear set. Damien is a boss most Maplers will have to face at some point, unless they wish to skip the mid-game equipment set. There are two versions of Damien, Normal and Hard, including a practice mode that players can enter up to 5 times a day. Damien has a short prequest needed to be completed before you can face him.

In order to fight Damien you need to complete Heroes of Maple Act 4 on your account (and then every character will have access to him). You do not need to complete the earlier acts, making Damien's Prequest very short to complete.

You can find Heroes Of Maple Blockbuster by using the Dimensional Mirror and selecting Ereve Conference Pavillion.

You also need to be at least level 190 to enter the fight.

There are two Damien modes: Normal and Hard. There is also a practice mode that can be entered 5 times a day and doesn't consume Buff Freezers.

Whilst Hard Mode does directly drop the equips, Normal mode only drops the materials to craft them. You can craft them at Dark World Tree.

Stigma Coins can be used to buy Absolab Weapon and the Absolab Shoulder. (You can also buy the overall and hat, but they're usually not worth getting).

You can get the rest of the Absolab set by defeating the MapleStory Boss Lotus.

Before you decide to take on this boss, here are some tips to help you get ready for the battle:

You can enter Damien from the top of Dark World Tree. Once you enter, a short cut-scene will appear and then the fight will begin. As soon as you enter, it's a good time to bind and deal burst damage to Damien as he likes to fly around the map and be unavailable for taking damage. The beginning of the fight is usually a guarantee to get him in an easy to bind position.

During the Damien fight, Damien will randomly target a player to give his brand to (a cursed seal). A player can have up to 7 brands; if they get a seventh they will automatically die. The amount of brands you have is displayed above your character's head.

You can gain a brand in the following ways: 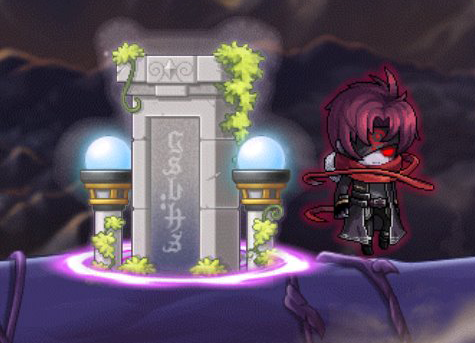 You can cleanse your brands by using one of Damien's Altars. These altars will randomly pop-up during the fight. A player holds down their spacebar/interact key to use the Altar. Once used the altar disappears so it's best to allow the player with the most brands to cleanse first.

If a player dies to 7 Brands, an additional Flying Sword is summoned to attack players around the map. This sword will disappear over time. They will also fill one of the seven crystals in the Damien UI at the top of the screen. If seven crystals are filled, all players move to Phase Two.

Since Phase Two is a lot harder than Phase One, it's best to stay in Phase One until you reach 30% of Damien's HP (at which point Phase Two automatically begins).

During the fight, a giant sword will fly around the map randomly attacking players, dealing 20% HP per hit. At a certain point, the Sword will target a single player and then turn into a giant destructive zone. This destruction zone lasts for around 5 seconds; it pulses every second- if you get hit by a pulse you will be dealt 90% damage.

As mentioned, if a player dies with 7 brands, another sword is summoned, which does the exact same thing. This means you'll have more destruction zones to avoid, making it difficult to cleanse your brands. The smaller sword disappears after 3 destruction zones have been created. 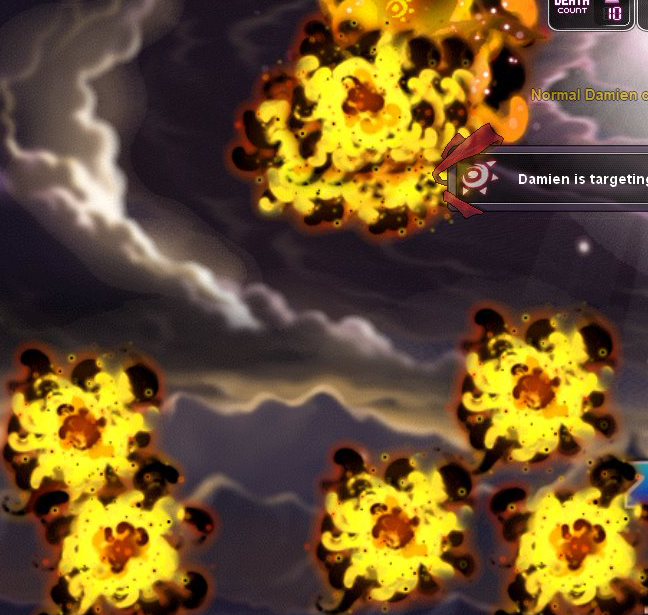 Periodically, Damien flies high up above and starts firing down balls of fire. They slowly fall to the ground, so they are easy to dodge. The area they land covers above 60% of the map. Getting hit by one causes 90% HP damage. 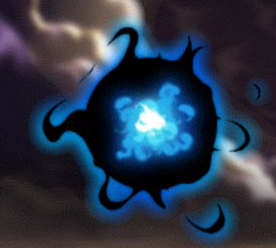 Blue orbs will be summoned across the map. They last for around 5 seconds, before striking any player below them for 10% HP damage. Any player hit will have to play a mini-game (arrow key game similar to activating runes); failing this you will end up stunned for around 10 seconds. 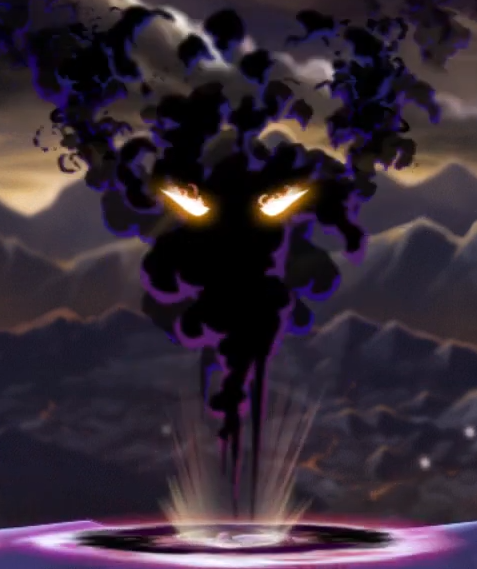 Like the Blue Orbs, Death Plumes are randomly summoned across the map below players. The area in which they deal damage appears for around 3 seconds before they explode. Any player caught in one will be dealt 100% HP damage. 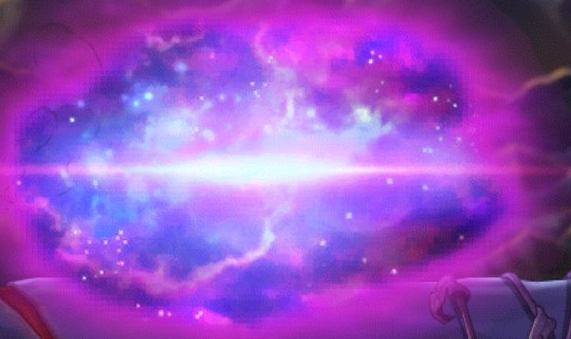 Damien will also charge opponents periodically. He will first summon a blue/purple cloud and then charge through it, slashing anyone in front of him. He deals 11% HP Damage and also adds a brand to any player hit.

During the dive attack, Damien flies to the top of the map and dives down towards the side he is facing in a diagonal line. Players who are hit by his dive are dealt 50% HP Damage and also adds a brand.

Phase Two begins either when Damien's HP is at 30% or you manage to fill up all his crystal slots. 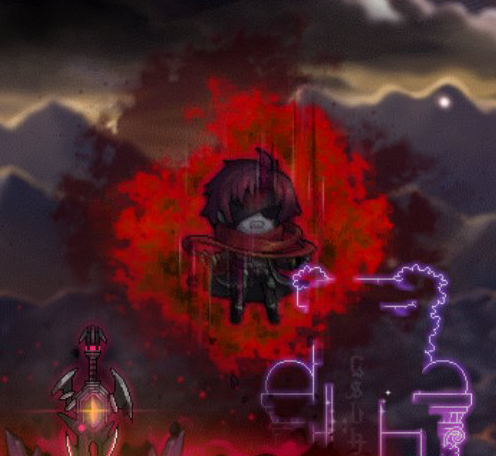 The brand system is still in Phase Two, so you need to make sure you are cleansing any brands you get by using the Altars.

The Flying Swords are now gone; apart from if someone dies to 7 brands.

At the start of Phase Two, one blue orb is summoned. This blue orb floats forever in the map, moving towards you. If you are inside the blue orb, your healing and damage get nerfed to 10% of their original potential. The size of the blue orb increases too, making a larger area that is affected. As the fight continues, up to three blue orbs can be summoned at once, making it very hard to heal and deal damage. 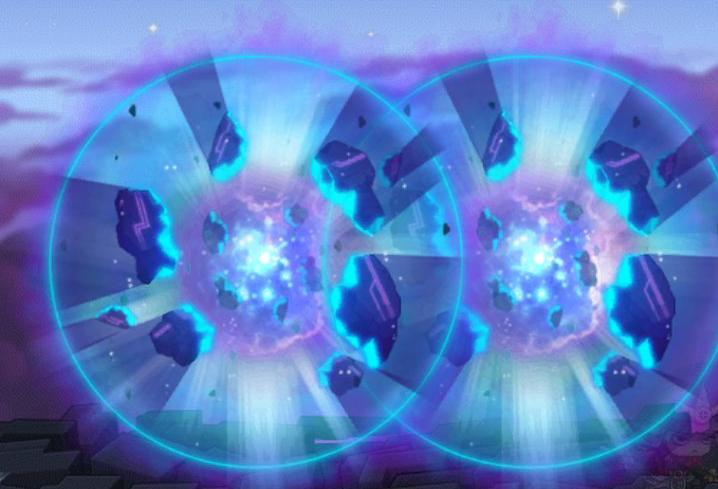 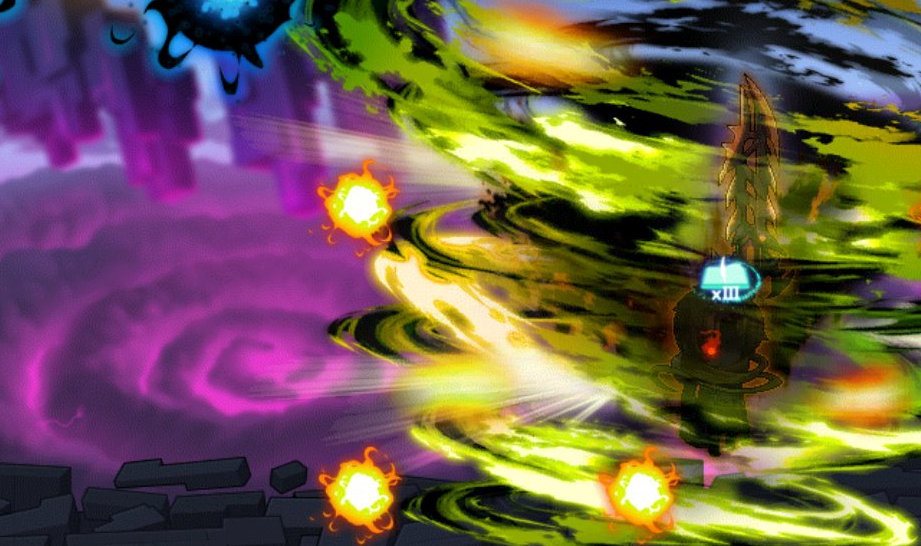 Damien's Tornado fire spin shoots out small balls of fire either side of him. You can dodge the fire balls either by getting out of range (they last for about 80% of the map's horizontal range) or by jumping over them one at a time. Getting hit by a fire ball will deal 60% HP and give the player a brand. 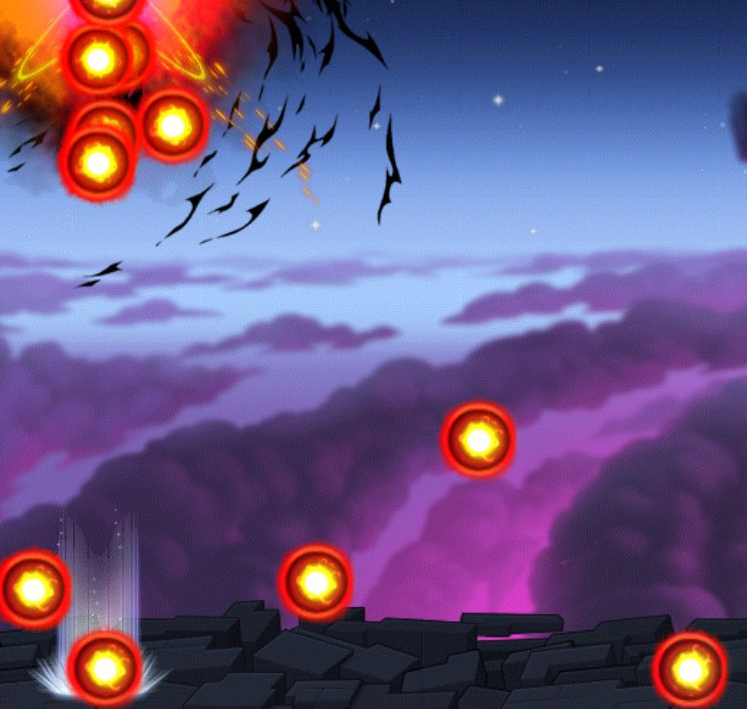 Similar to the fireballs in Phase One, Damien will teleport to the top of the map and begin raining down fireballs. If you get touched by a Fireball it will deal 90% HP Damage. 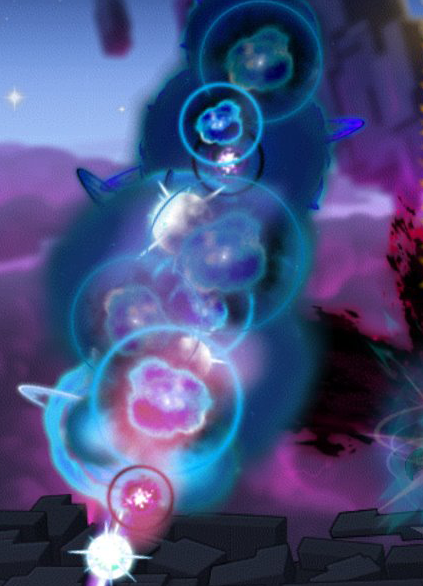 Damien will create three connected slashes across the map. The slashes remain for around 2 seconds, and then explode. Any player caught touching the slash marks when they explode is dealt 100% HP Damage. You can stand in between the slashes to dodge the attack too.

During this attack, the screen gets covered in branches and all players get the petrification status. You must use the arrow keys to un-petrify yourself. You must then deal damage to Damien in order to stop him using the Corrupted Dark World Tree power. You only have about 5 seconds to do this; if you fail to damage Damien everyone in the party will be dealt 100% HP damage. Luckily, this attack is rarely used in Phase Two, so you should only lose around 1-2 lives to this depending on how fast you can clear Phase Two.

Once you defeat Damien, he will drop his loot, which is instanced per player. You can receive between 1-3