Pathfinder is an Explorer class of the Archer job branch. It's actually one of the newest Explorer classes in MapleStory, releasing in July 2019 with patch 206. Pathfinder's have great mobbing skills compared to other Explorer classes and can deal decent damage at bosses. They have to juggle two types of skills, but it's made incredibly easy using MapleStory's Macro skills.

Despite belonging to the Explorer class group, Pathfinder doesn't really feel like an Explorer. This is probably due to the fact that the Explorer jobs all came out in 2004, almost 15 years behind Pathfinder! Pathfinder has its own unique gameplay style, allowing you to chain different attacks together to create explosive mobbing skills. Pathfinder doesn't use consumable arrows either, instead it relies on Cardinal Force to deal damage.

As a mobbing class, Pathfinder is up there as one of the best. Once it reaches fourth job, they have a huge range of attack, able to hit multiple platforms and a skill that heat-seeks other mobs like Nightlord's Assassin's Mark. Newer players may be confused about how to juggle the skills, but in reality it's quite simple. Players have to combine two skills, Cardinal Deluge and Cardinal Burst, to boost their Relic gauge to activate bonus damage. There are plenty of cool-down type skills to micro-manage also.

At this point, Pathfinder is pretty simple class (as are most first job classes). Cardinal Deluge is your main attack skill. This skill will be used throughout your journey; it gets stronger with each job advancement so don't worry too much about it's low damage and mob hit just yet. Get double jump as soon as possible to make getting around easier.

Finally, Pathfinder starts to get a bit interesting. When you obtain Cardinal Burst, you'll want to create a macro skill (from the skill UI tab) and combine Cardinal Deluge + Cardinal Burst into the macro then assign the key to your keyboard layout as your main attacking key. This will allow you to properly charge your Relic Gauge and reduce the cooldown on Ancient Force skills, such as your Swam Shot. 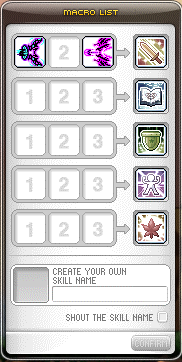 Now you don't actually have to focus on charging your Relic Gauge at this point in time as you only have one Ancient Force skill which isn't all that useful. But you'll want to practice using this setup as when you get to 4th job you'll have more skills to manage. For now, enjoy mobbing with Cardinal Deluge and Cardinal Burst macro.

In third job you get lots of damage boosts to your existing attacking skills. You now also get some new mechanics; when you fully charge your Relic Gauge, you can activate Guidance Of The Ancients, which provides a final damage boost. Cardinal Torrent is movement and damage skill that regenerates every 7 seconds, with up to 5 max uses stored at any one time. You get a new Ancient Force skill in Triple Impact, that has a 10 second cooldown. You also get a summon in Shadow Raven, which can deal decent damage to mobs around you.

You can max all skills in fourth job. Follow this build:

Fourth job updates all your Cardinal damage skills with Advanced Cardinal Force with more damage and more mob attacks. You get a new cooldown Ancient Force skill in Glyph Of Impalement, which will deal more damage to targets that have stacked Curse debuffs on them (the little icon that appears above a mob when you normal attack them). Combo Assault is a new type of skill called Enchant Skill. It has a 20 second cooldown, but it can be shortened when using your macro skill. Combo Assault will deal damage depending on what mode is activated in the Rune Gauge.

Pathfinder's Nodes should include: