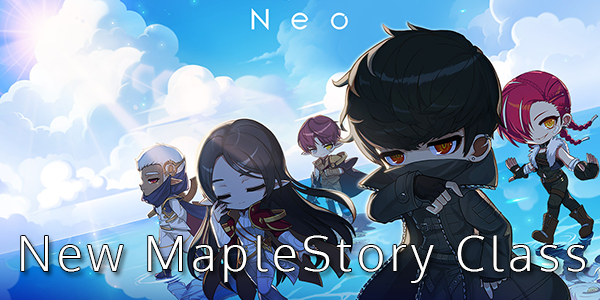 This preparation guide can be used for any new class that gets released in MapleStory, allowing you to prepare gear, items and mesos to fund a brand new main or simple make leveling the earlier levels a lot easier.

New Classes in MapleStory get released all the time, and currently there are over 40 different jobs to choose from.

MapleStory is split into two world types: Reboot and Non-Reboot; so this guide will feature ways you can prepare that may not apply to your world since their may be certain limitations on your world.

Your Legion is one of the most important aspects of MapleStory when it comes to playing on multiple characters. Legion allows you to obtain stat bonuses by leveling up all the classes in MapleStory. Each class will provide a specific bonus and you will also get Grid Bonuses each time you add a character to your Legion board.

You Legion Level is the culmative total of all the levels of your MapleStory Characters. By the time you hit 6,000 Legion Levels, you will gain tons of extra stat bonuses that will apply to any MapleStory character you have, including brand new classes you make. This gives you the perfect stat boost from early levels!

You can also focus on getting specific Legion Bonuses. Each class in MapleStory will give a specific bonus, such as +40 LUK or + 4% Critical Damage. If the class you're preparing for needs lots of Strength stat, you can work on leveling up the Legion characters that give this bonus.

Finally, you will also passively earn Legion Coins the higher your Legion Level is. You can spend these Legion Coins in the Legion Coin Shop and get buffs such as 2x EXP coupons, Damage Buff Coupons, Leveling Potions and more.

Mesos is the currency of MapleStory and new characters need a lot of it to fund gear equipments. In Reboot World, most gear enhancing items cost Mesos, so it's best to start grinding on an alt-character to start saving up a huge chunk of mesos to splash on your new main. Reboot World has a higher Mesos drop rate compared to regular servers so it's not really worth grinding for Mesos in Regular Servers.

Mesos can be transferred via the Storage system so there are no trade restrictions when it comes to Mesos!

If you're playing in Regular Servers, you can transfer equipments to different characters. So whilst you're preparing to play your new main character, it might be worth working on some gear to immediately transfer over to give you that early damage boost.

Some gear equipment is trade-blocked unless you use Scissors Of Karma (which costs NX$).

If you can transfer gear, using Potential items and Star-forcing them can be a great way to boost your equips.

MapleStory has hundreds of different maps to level in and knowing your way around Maple World will help with leveling your new main faster. Usually when new classes are released in MapleStory, a lot of the earlier leveling spots get crowded really fast and thus can make training a lot slower due to everyone competing for the same mobs.

Making a training plan can help with this- finding alternative maps to grind on when popular spots are busy is a great way to plan ahead. Even if you're playing in a low-population world, you can find some really good alternative maps with 100% Burning (+100% EXP!) that can help you level a lot faster. It's also good to know your way around Maple World so you don't have to waste time searching for the best spots.

In MapleStory, there are ways you can increase the spawn frequency of mobs on maps. This allows players to level faster because there are more monsters on the map and they spawn more frequently.

One of the ways is to purchase Wild Totems from the CashShop with Reward Points. You get 15 Totems per month and they cost 1,800 Reward Points each, lasting for 2 hours when used. Reward Points can be obtained from a number of sources, including defeating bosses and monster collection rewards. Reward Points are wiped after each month though, so you can't really save a whole bunch in advance.

The other option is to level a Kanna mule account. Kanna has the special skill called Kishin Shoukan, which increases map spawn like Wild Totem. There are no limitations on how often you can use this skill, and using a few tricks, it's possible to have 100% up-time to keep the skill up.

The issue with a Kanna mule is that some areas become level restricted when you get to higher-leveled maps. Which means, you essentially have to grind two characters to high level in order to have Kishin available.

On Regular Servers, you can buy (with mesos) what is known as Frenzy Service. This service allows you to boost the spawn of maps by paying another player to use their special Frenzy Totem item. This item was a reward from the Maple Marvel Machine at a super low rate and it hasn't been given out since. 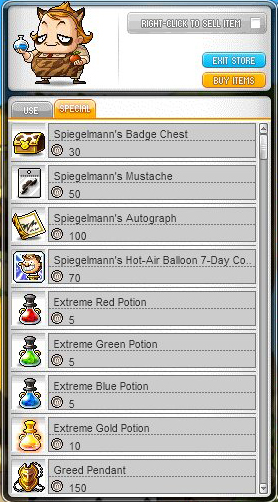 Monster Park offers some of the best potions in the game. They give special bonuses, such as increased attack speed, 10% EXP and +30 Weapon/Magic Attack. You can go Monster Park 2 times a day for free, and they buy Monster Park tickets from the Cashshop for either Mesos (Reboot world) or Reward Points.

If you are short on Monster Park coins, the best potions to get is the Green Potion as this gives the attack speed boost.

If you're planning on taking your new main past level 200 and into 5th job, you're going to need a ton of Nodestones. Nodestones are tradable within the account on both Reboot and Regular worlds so you can farm thousands of them and transfer them to your new main. When you hit level 200, you can then use these Nodestones to max out your 5th job skills, making the early level 200 grinding a lot easier.

CashShop Transfer Events are limited time events that happen a couple of times a year that allow players to transfer their NX items to other characters. Whilst this won't offer any stat boosts, it will give you the opportunity to move your Cash Shop items to your new main.

One of the most important aspects of MapleStory is Link Skills. These provide some of the best buffs in the game and you can have up to 12 of them. You can transfer Link Skills between your characters up to 2 times a day.

Each character in MapleStory will have it's own Link Skill. This skill gets added at level 70 and level 120. The Link Skill can be transferred to any of your other MapleStory characters, giving them the stat boost.

You can work on Link Skills and Legion at the same time, since the two systems work in tandem.

Soul Shards are items that drop from bosses in MapleStory. When you collect 10 of them, they can be turned in for a chance to get a Magnificent Soul. When equipped to weapons, they give stat boosts. Magnificent Souls can be transferred via Storage too, so you can earn them on alt characters to prepare for your main.

There are also Sunny Sunday events which increases the rate in which you pull a Magnificent Soul, so you can save up your shards for these events to get better odds.

End-game gear involves the Arcane Umbra Equipment. One of the items needed to create Arcane Equips is the Arcane River Droplet and Stone Origin Droplet. Both of these can be found in the Arcane River Maps, so if you already have a high-level character, you can start working on farming these droplets. Arcane River is one of the best places to farm for mesos too, so you can do it passively when preparing for your main.

Absolab gear is mid-game gear that many players go for. One of the restrictions for obtaining this gear is acquiring the materials needed to get Absolab items. A single character in MapleStory can do their Absolab weeklies and it would take them 10+ weeks in order to get enough materials to craft the entire set. However, if you multiple level 190+ characters, you can do the weeklies on each character, significantly reducing the amount of time needed to craft the set.

The materials are also transferable in Storage, so perfect way to prepare for a new main account.

If you are crafting brand new gear for your new main, being able to add Epic Potential to your items from the start can give you a good quick boost in damage stats. Epic Potential Scrolls are pretty easy to get- they just require some effort to acquire them. They can be gotten from complete Surprise Missions and Pollo/Fritto.

They can also be gotten from doing the dailies in Yu Garden. 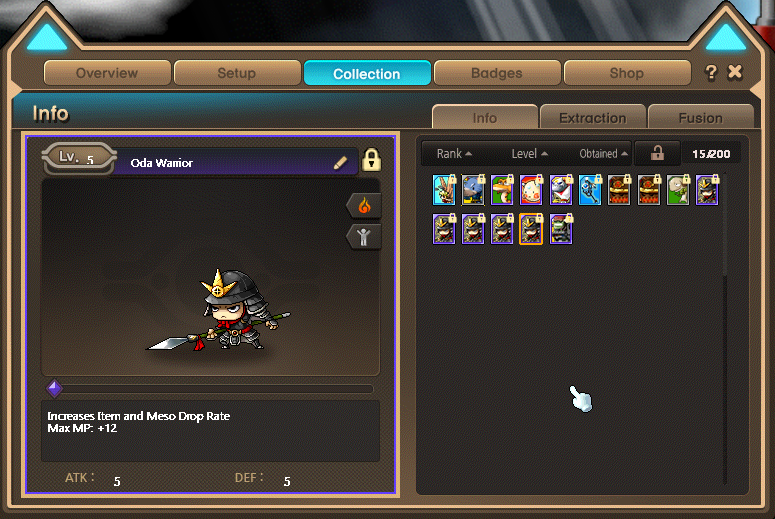 Since the Familiar rework, you know need to farm thousands of Familiar cards in order to get good stats. If you're in Reboot world, you options are quite limited until you get to end-game (level 245+). However, you can farm low-level Familiar cards and try to roll some good Drop Rate stat lines or low Ignore Defense lines.

Most mobs in MapleStory will drop cards and they can have Regular, Epic, Unique and Legendary rarity, with the better rarity giving the better lines (like Boss Damage!). Familiars in item form can be transferred via Storage (so don't register them on your alt characters).

You can get free 2x EXP Coupons in MapleStory, but they come in many different forms. A lot of these coupons are untradeable unfortunately, so getting your hand on a decent supply is usually tough. Here are some tradeable 2x EXP Coupons:

Your Tips and Tricks?

Got anymore ways to prepare for a brand new class? Leave a comment below and we'll update the article!